When a new technology is known by the name of the company that invented it, that’s a definitive sign of success. That’s what happened when two Louisiana Department of Transportation bridge engineers formed a company in 1955 and patented a new modular concrete bridge decking system. The innovative design soon became regionally known for its load transferring joint design between bridge panels.

“That design is known as the WASKEY Key,” said Ben Owens, director of operations at WASKEY. The design concept – the tongue and groove key – is also incorporated as a zigzag in the WASKEY logo that is still used today.

The company founders, Roy Wasson and W.O. Pankey, combined their surnames into WASKEY, and invented a medium-span concrete bridge decking panel system that was affordable, durable, and installed quickly. It caught on among road and bridge contractors and spread to the oil and gas industries, where it was used for all types of offshore platforms and related stations, to the point where any pile-supported concrete deck was regionally known as a WASKEY Platform.

More than 60 years later, the culture of innovation still drives WASKEY today. Now they’re stepping into the world of 3D modeling to tackle even more complex problems and drive innovation in the industry.

Evolving with the Economy

Since developing their namesake design, WASKEY has continued to branch out into heavy civil, marine and industrial sectors. In addition to its wide array of government, industrial and manufacturing clients, WASKEY provides products to the private sector, including bridges, platforms, access bridges, construction products, concrete barriers and custom work.

“In the last 10 to 15 years, we’ve been moving more and more outside the box,” Owens said. “Customers will bring us problems to see if we have solutions. It’s been something of morphing with what our clients need.”

A key part of their evolution has been becoming more proactive in problem-solving for their clients.

“Clients don’t want to have us just be order takers and processors,” Owens said. “They want to have us be able to contribute and foresee issues and be able to present good, better, best solutions as opposed to picking up a phone and taking an order.”

“To keep up with what our clients want and need,” Thompson said, “we realized it was logical to move into 3D modeling. It allows you to see – and help your clients see – the solution you’re proposing.” 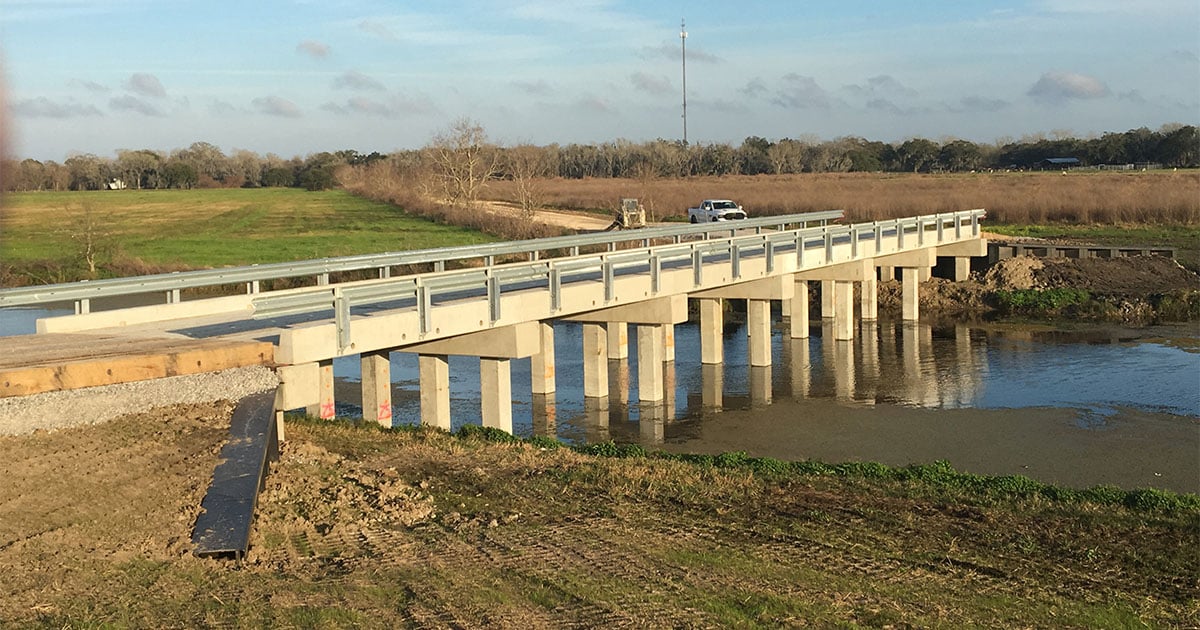 © WASKEY - The patented modular WASKEY bridge system has been a common sight in the Gulf region since 1955.

A 2D Workflow with the Benefits of 3D

An extensive search of the BIM software providers eventually led WASKEY to Allplan, Thompson said, because they were confident that they would not just be buying an out-of-the-box software program.

“We got the flavor from ALLPLAN that they would help us get to where we wanted to be,” Thompson said. “We wouldn’t have to mold WASKEY into a program as much as the program would mold to WASKEY.”

A big part of how Allplan helps companies get where they want to be, as Thompson said, is by easing the transition from 2D to 3D. Unlike many 3D modeling software products, Allplan lets customers work in a familiar 2D environment while getting the benefits of a 3D model, including interactive visualization, isometric views, and more.

In addition, ALLPLAN provides a robust training process to ease new users like WASKEY into the program. From self-paced videos to more advanced training and on-site instruction with actual design files, users can learn the software by using it on real projects.

Just like everyone in the AEC industry, WASKEY is feeling the pressure to do more with less, even as they tackle more complex projects.

“Our clients vary from contractors to end-users to engineers,” Owens said, “but every single one of them is looking for us to be faster and more flexible.”

Allplan gives them the “technical muscle” to communicate on a high technical level with all parts of the project, Owens said. For WASKEY, one of the most valuable “muscles” Allplan offers is collision detection. As their projects grow in size and complexity, Allplan makes it easy to see potential issues where the rebar structure might conflict with other components of the design. 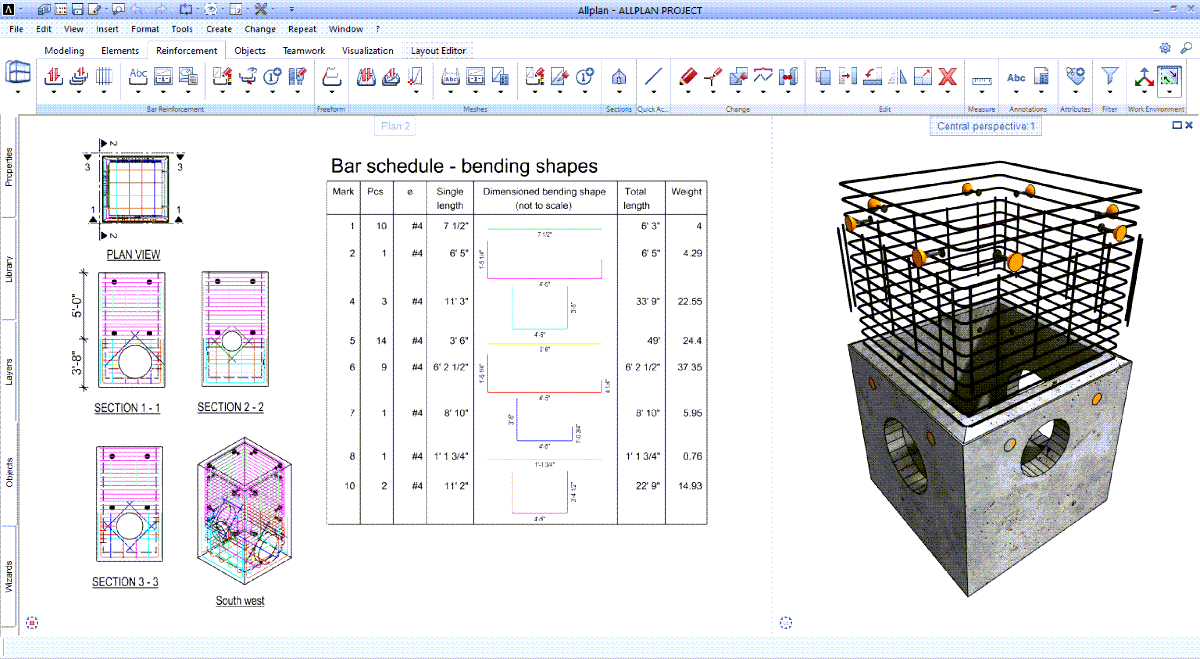 “We were working on a large marine dock for a client,” Owens said. “Some of the pile caps were upwards of 150 tons, and our client was very concerned about the alignment of the reinforcement in them. It was heavily congested. With the clash detection we were able to identify reinforcing layouts that avoided clashes.”

"Previously, we would draw it, then go out to production and say, ‘we’re fighting to make this work.’” Owens said that Allplan’s collision detection saved WASKEY labor, rework, and potential redrafting. “Our clients said that everything fit together and was overall a successful installation that they are looking to replicate on similar future projects."

The ultimate power of 3D modeling solutions in the infrastructure world is the ability to integrate and collaborate with other trades in a unified BIM environment. Cloud-based services like Allplan’s Bimplus allow multiple trades to collaborate on the same models and documents, eliminating data inconsistencies and redundant efforts.

As an open BIM platform, Allplan utilizes universal file types, allowing everyone from the architects and engineers to the contractors and precast fabricators share IFC files and work from the same data source to view the model, create tasks, and communicate.

The next steps in WASKEY's evolution will be developing more projects with ALLPLAN and utilizing Bimplus. 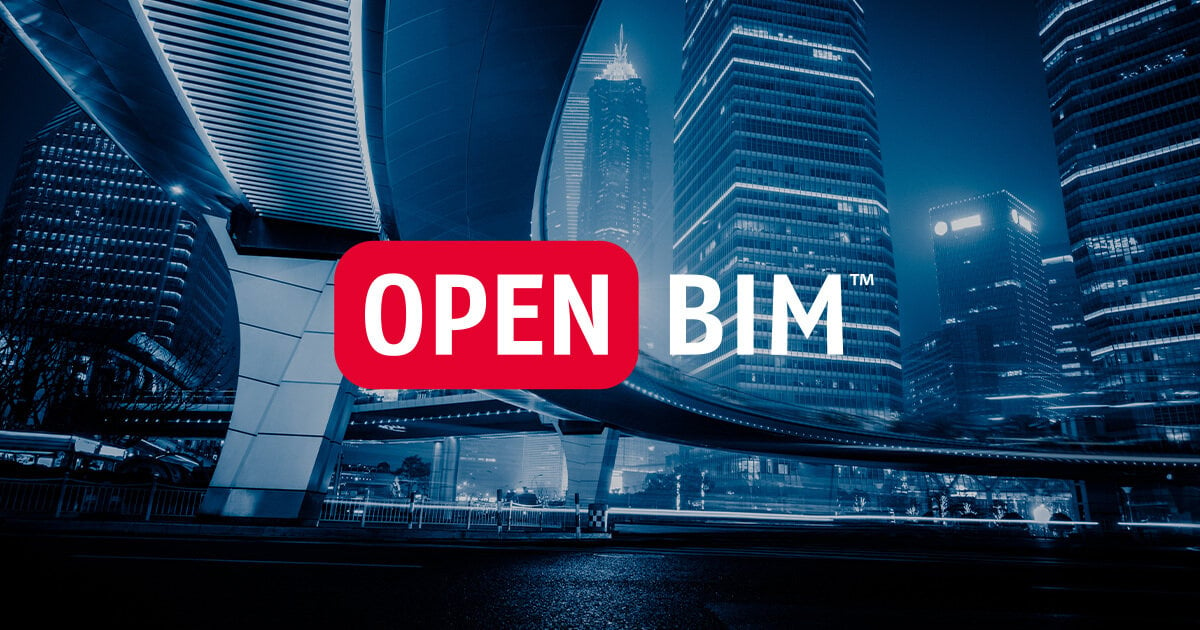