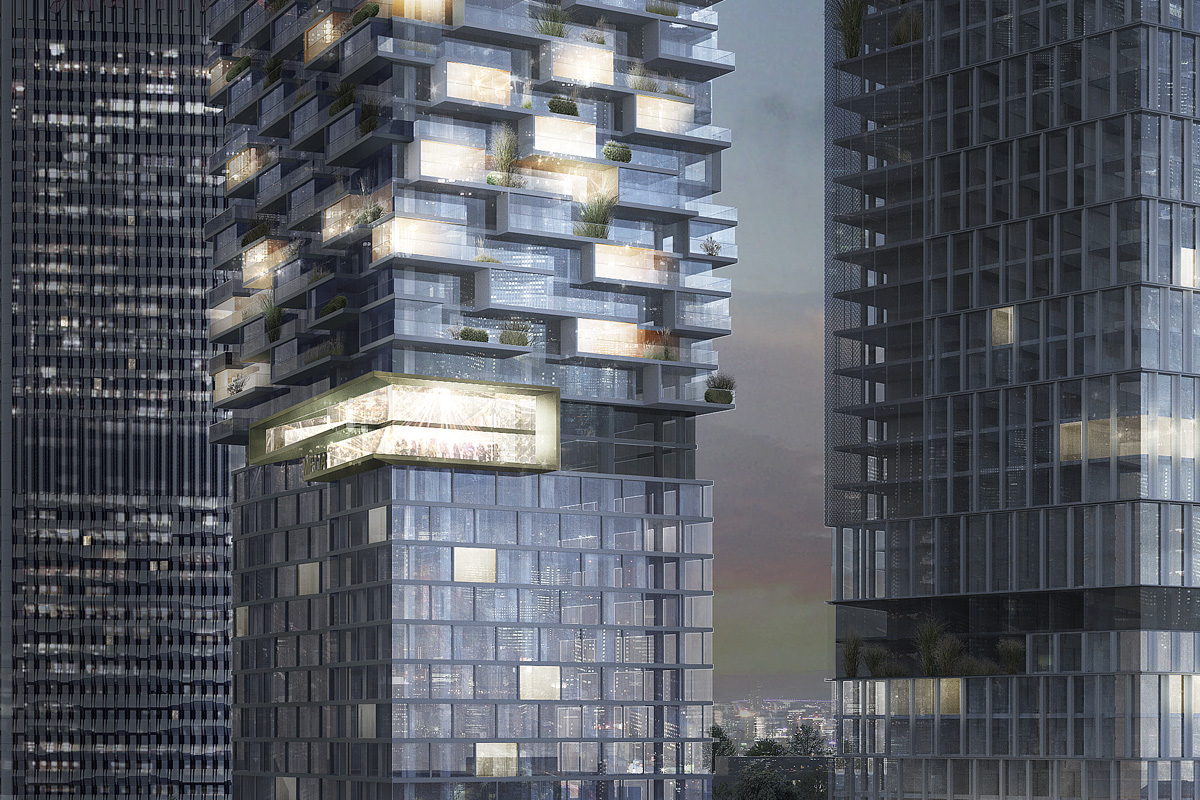 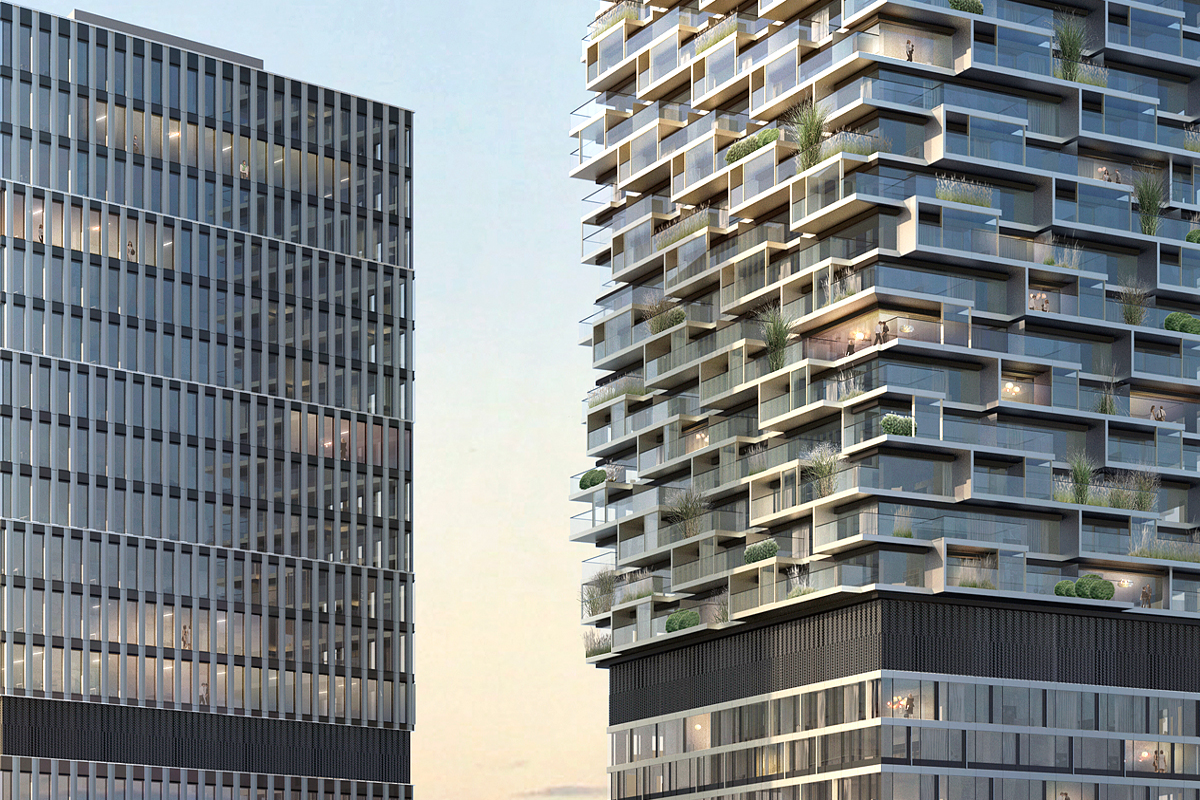 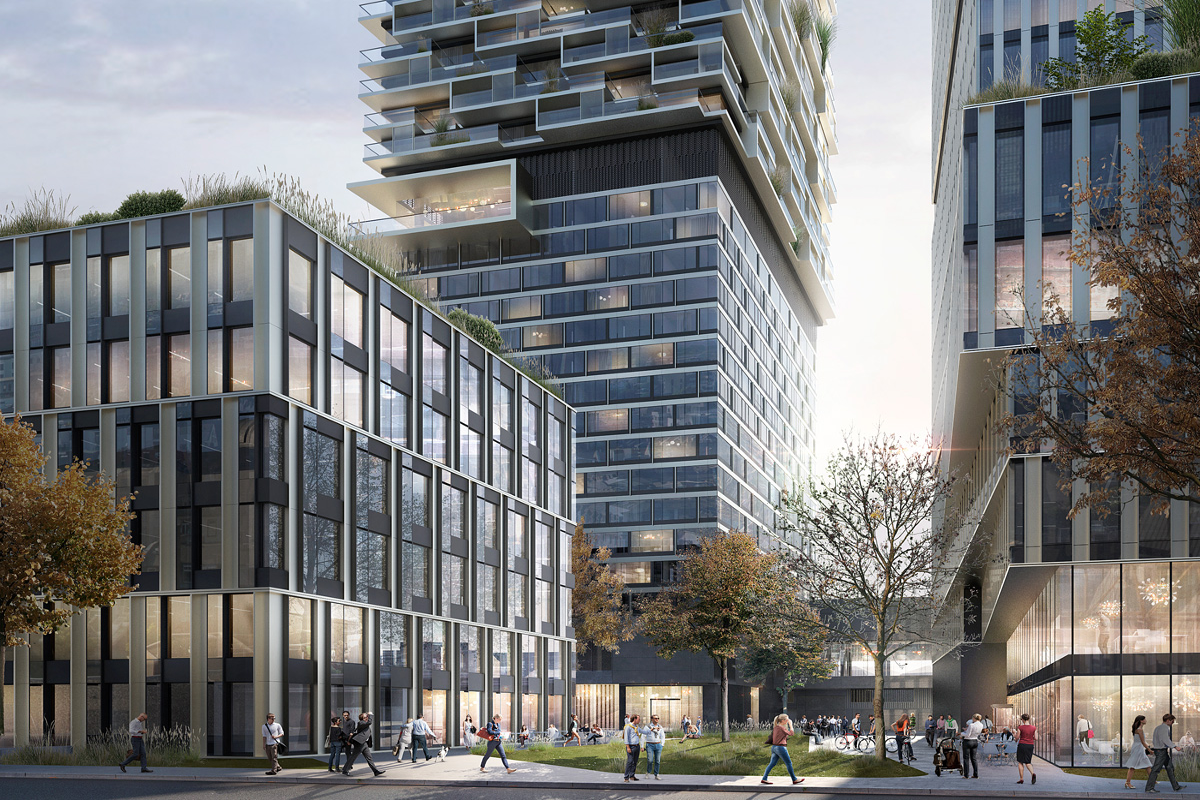 No normal high-rise: One Forty West is part of a functional avant-garde development set that is just entering the parquet of German cities. The luxury building also features some clever engineering attibutes.

The name sounds like New York, but instead of Manhattan, One Forty West is being built in "Mainhattan". Similar to the city that never sleeps, Germany's financial capital would register the construction of another 140-meter colossus, but it would probably not be anything special. One Forty West, however, is not special because it reaches this height, but because it will be the only tower with hybrid use in Frankfurt to date alongside the OMNITURM. Currently, this "avant-garde development" of high-rise buildings with mixed functions in Germany is still limited to a handful of projects. In addition, the building offers plenty of luxury - and the finest engineering.

Luxury in a moving garment

Admittedly, what is being built on the site of the AfE Tower, which was demolished in 2014, is not for the small wallet: the underground car park is followed by the wine cellar, above which is the two-part residential and hotel lobby. A four-star-plus hotel with 430 rooms and nine conference rooms occupies floors three to 23, interrupted by two chic restaurants on floor 15. 93 rental apartments are located between the 24th and 31st floors, 94 privately owned appartments on floors 32 to 40. So those who live here live upstairs - 24-hour concierge service included.

The already sweet life in One Forty West is additionally sweetened by the sensational architecture of cyrus | moser | architekten. From the 15th floor onwards, a largely smooth façade at the bottom dissolves into spirally rotating balconies that give the building a dynamic unique selling point.

In addition to its "avant-garde devleopment" and mixed use, One Forty West also has something in common with the OMNITURM: reinforcement made of high-strength SAS 670 reinforcing steel from the Stahlwerk Annahütte (SAH). Since this steel can transfer up to 34 percent more load than conventional reinforcing steel B500B, the required reinforcement area can be significantly reduced and thus material, work and ultimately space can be saved - a convincing argument for cities with high land prices such as Frankfurt. Thanks to an endless screwable coarse thread, the bars can be shortened or lengthened at any point and lapped joints can be avoided being replaced by couplers, thus saving more steel. The hot-rolled coarse thread is also insensitive to mechanical damage making it an ideal solution for this project.

In Frankfurt, the high-performance reinforcement has so far not only been used in the OMNITURM, but also in the Opern- and TaunusTurm. Other prominent examples include the One World Trade Center, 432 Park Avenue and the Museum of Modern Art (MoMA) in New York, to name but a few. The "hybrid high-rise avant-garde development" in Germany also includes Upper West in Berlin and the Elbe Tower in Hamburg, which is also under construction.

Good news for all Allplan users: The SAH SAS 670/800 catalogue for screwed-sleeve joints and couplers has been integrated into Allplan Engineering since version 2017.