It's finally here: Living in a mobile home at the push of a button

A compact box that folds out at the touch of a button in eight minutes to become a home? What sounds like a magic trick is a reality: The British company, Ten Fold Engineering, has launched the first automatically folding house onto the market - and has thus turned over a new page in the success story of the mobile house. 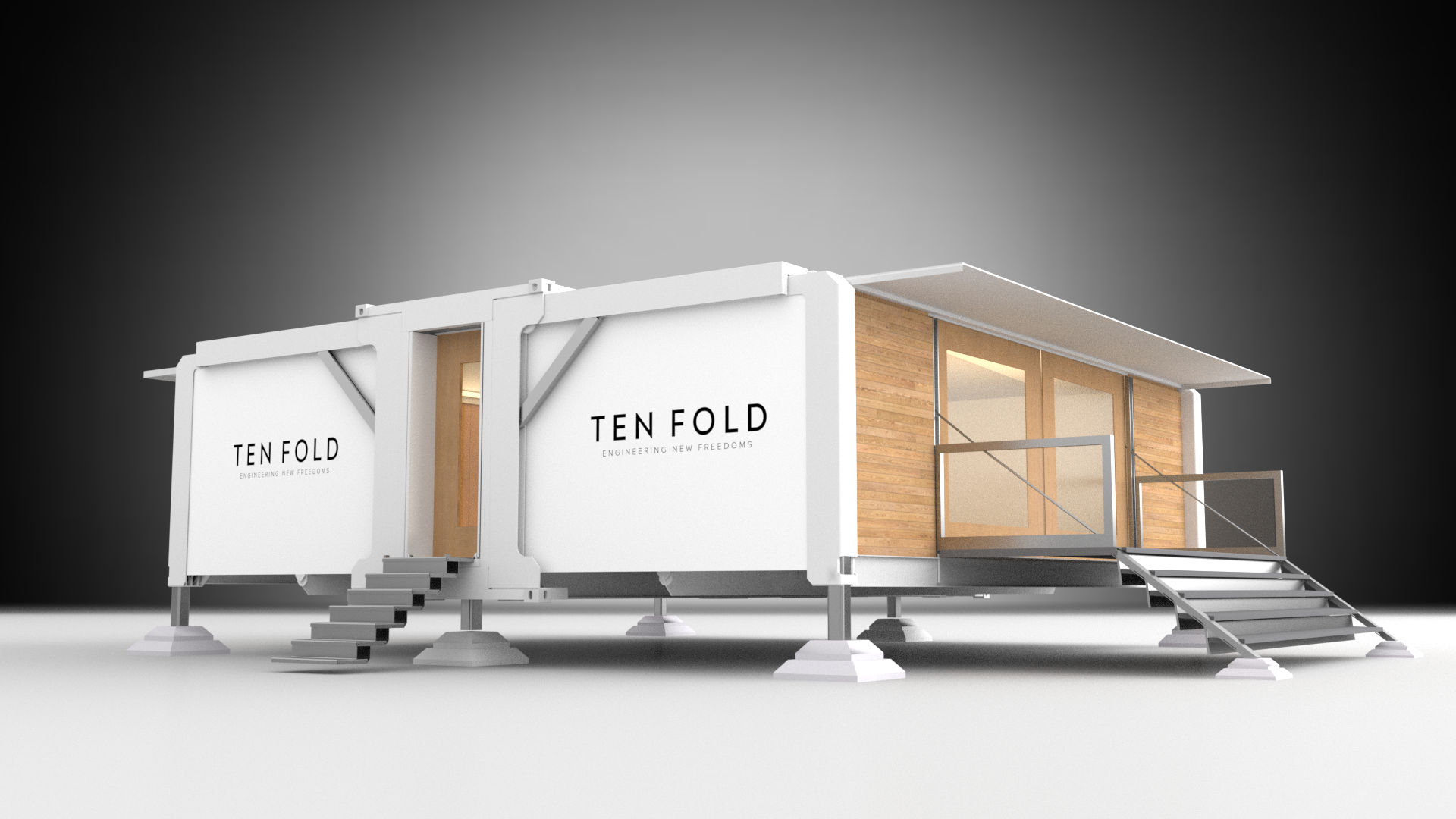 The first folding houses for refugees

The idea of a folding house is basically nothing new. In 2015, for example, the IKEA Foundation developed a folding house of around 17 square meters for refugees in Syria. The kit house made of plastic is fitted with solar powered LED lights and cellphone charging facilities, has a lockable front door and is designed to last up to 3 years. Students at the TU Darmstadt in Hesse designed an "instant home" for refugees - a foldable house made from 3 centimeter thick cardboard. "The idea is to be able to offer on-site help in a relatively straightforward way," says their Professor, Ariel Auslender. "It would be best if the shelter would simply pop up." 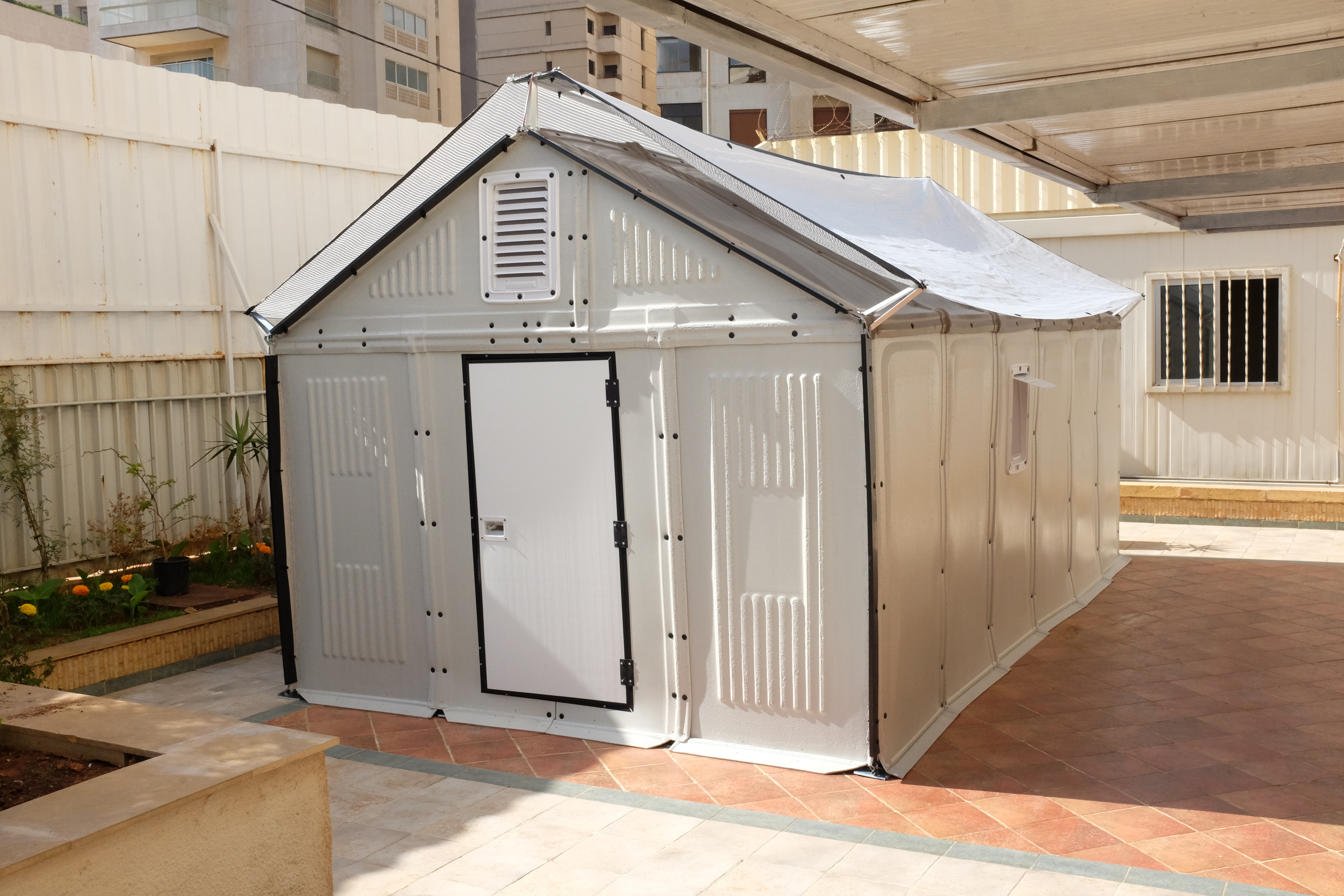 That was exactly David Martyn's idea of the ideal mobile house. The Ten Fold founder and architect worked for seven years with four engineers on a house that would automatically unfold on the push of a button. In September, the fully-functional base model was presented. The "TF-64" unloads as a 9 meters long, 2.44 meters wide and 2.98 meters high box from a truck. After it folds out, the house offers 64 square meters of living space plus 30 square meters of storage. 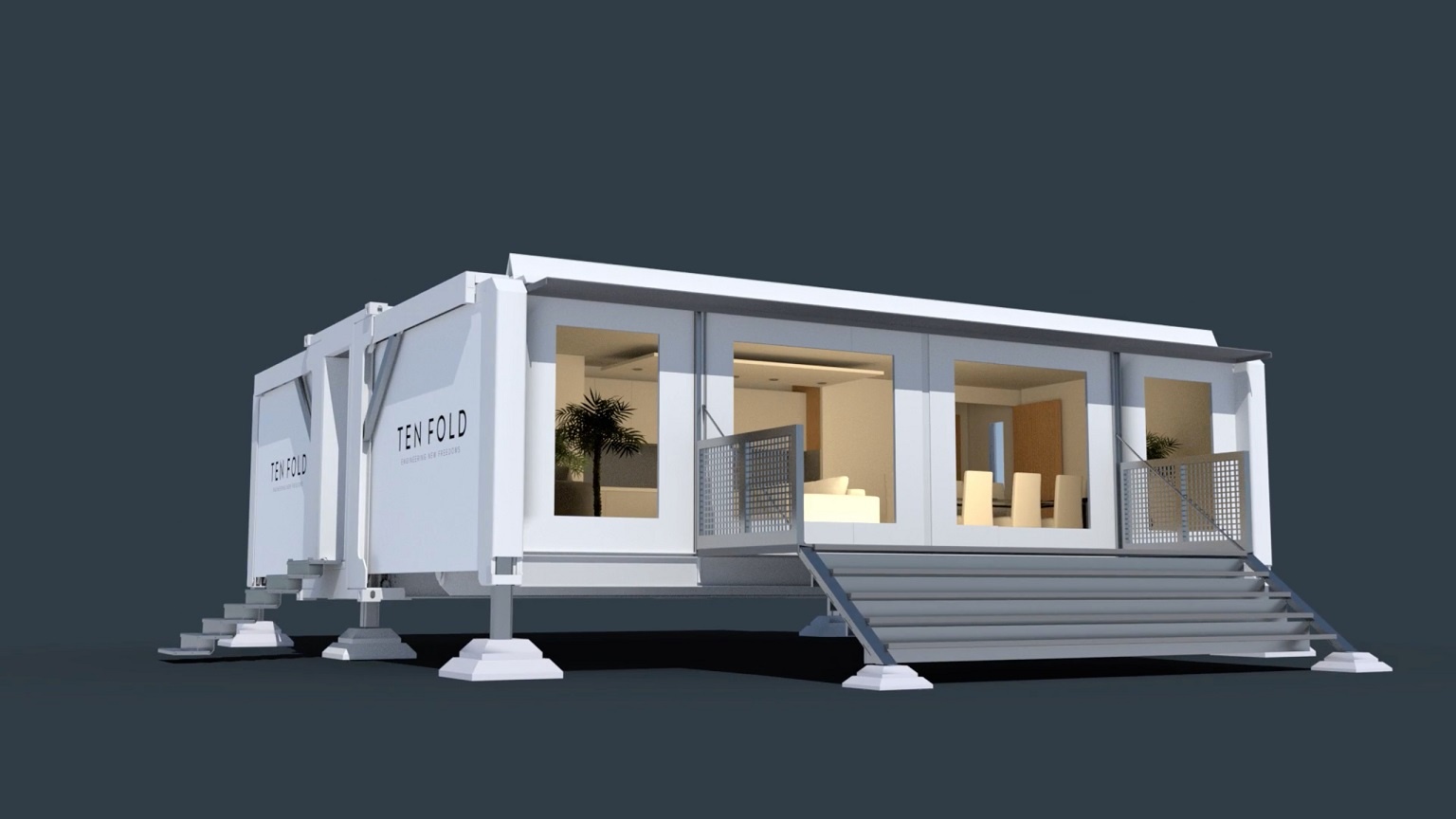 The new star among folding houses is a surprisingly low-tech product. Its technology uses a patented lever system which brings the components into the correct position using hoists and counter weights. When the locking mechanism is released, first the pillars of the house extend and brace into the ground. Then, the ceiling and the floor areas unfold, the side sections of the house telescope out from the base and the walls fold open from the inside out. "The structures of Ten Fold do not use computers or networks but simply physics," is how Martyn summarizes it.

Free expansion in all areas

The foldable house can be fitted with folding furniture, a kitchen, sanitary areas, stairs, ramps and a terrace. There are connections for electricity, water and waste water. Energy self-sufficient adventurers can install water tanks, solar panels and a compost toilet. The ground plan is flexible, even colors, materials and the position of the windows and doors can be chosen individually. "Engineering new freedoms" is the slogan of Ten Fold, and the TF-64" does it credit. 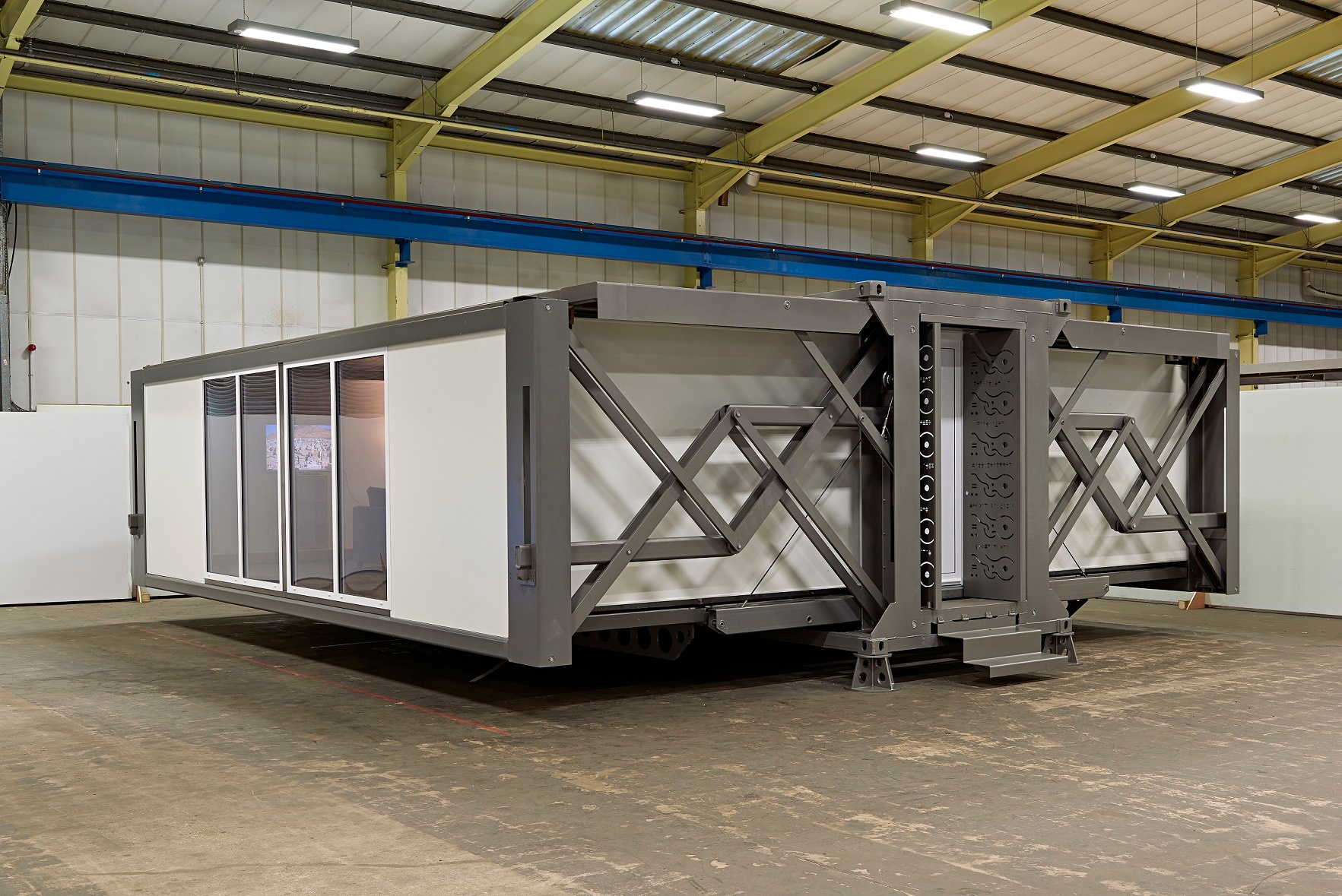 The possible uses of the "TF-64", on the other hand, go far beyond furnished housing. As the prototype of modular construction, it can also be stacked or joined horizontally. According to Ten Fold, holiday resorts, guard stations, schools, dormitories and even hotels can be constructed from the base model. In the event of a catastrophe, the mobile multi-talent can be used as a hospital, first-aid station or emergency shelter. The pop-up house should be available worldwide by the end of 2018, and even earlier in the USA and Europe. Then a new freedom from mobile, out-of-the-box living at the touch of a button can really start.