Architecture can be visually experienced, is omnipresent and is usually very durable. This makes it a valuable instrument of self-expression. That is why brands have been using it in their branding strategy for decades. Company profiles are expressed as "corporate architecture" in sensational structures with a high recognition value. City planners are also increasingly relying on branding by construction tendering and having spectacular "signature buildings" constructed. We will show you examples of architecture as an impressive marketing tool. 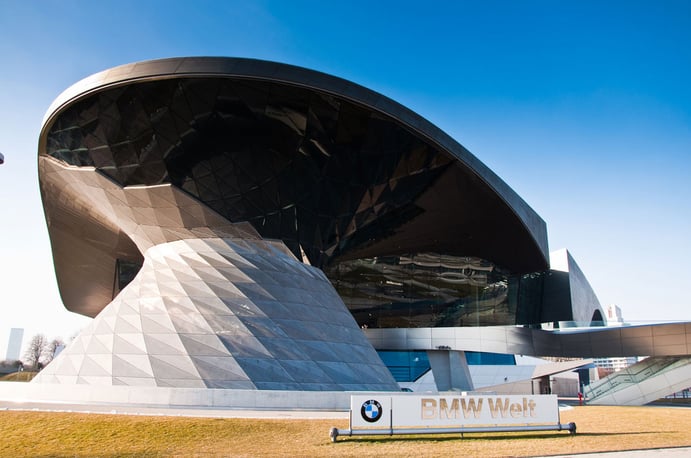 For many companies, corporate architecture is part of their corporate identity. It represents the business philosophy in the form of architectural structures. The architectural language, the plan, building materials, color coding and the setting concept are available for this purpose. Corporate architecture achieves its goal when it combines these elements in the structure so that as a shape it reflects the spirits of an organization and its products. The dialog between the viewer and building then does not end at the facade, but rather leads to the identification with what is behind the facade.

Buildings fulfill a purpose as a residential or commercial property. As so-called "signature buildings," they give their owners and architects visibility as well. These structures do not simply outshine the urban environment that houses them. They brighten this environment with their brilliance, such as the Hearst Tower in Manhattan, which was finished in 2006. As the company headquarters of the Hearst Corporation, it is a prime example of signature architecture. Spectacular buildings such as the neighboring Chrysler Building or also the John Hancock Center in Chicago are inextricably linked with the organizations that had them built. The TWA Flight Center at New York's Kennedy Airport, which was opened in 1962, is considered one of the first signature buildings. From the air, this icon of airport architecture looks like a giant plane landing. The terminal became the symbol of the jet age and provides an example of what architecture can do as a marketing measure: Inspire entire generations with stone advertising messages. 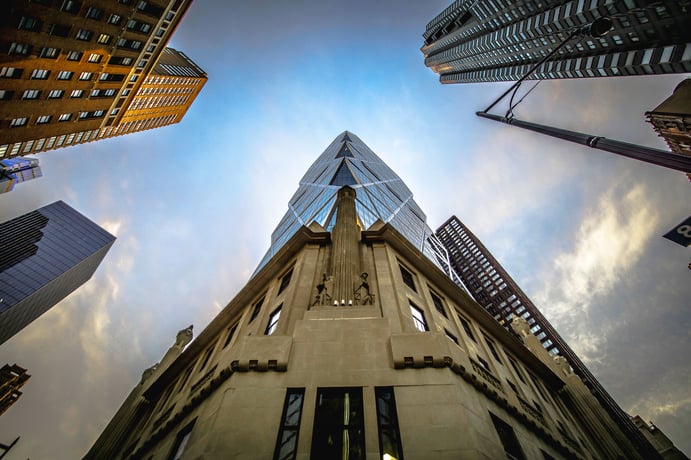 Architecture and brands – this interplay leads to the construction of spectacular spatial structures. The automotive industry in particular is increasingly relying on architecture to stage its brand worlds. BMW has perfected corporate architecture in the sense of its corporate identity: The vehicle manufacturer has created a landmark with its headquarters in Munich, the "four-cylinder." The nearby BMW Welt [BMW World] offers a three-dimensional brand experience. An extraordinary architectural realization and a lot of innovative technology allow visitors to experience the past, present and future of the automobile in a holistic way. The iconographic central building of the plant in Leipzig not only represents the physical connection between the three production areas and the communications hub for the entire plant. The bodies pass through this multiple times during the manufacturing process, thus making the building into a living production for employees and visitors alike.

The Bilbao Effect: How architecture transforms a city

Spectacular buildings by famous architects that specifically enhance the value of a construction environment are referred to as the "Bilbao effect." The term comes form the Spanish city of Bilbao and its futuristic Guggenheim museum. During its opening, the futuristic structure still seemed like a foreign body. Then the masses of visitors descended on the museum and set the economic upswing in motion for the entire region. The impressive art gallery, which looks like a giant dream boat with its shiny metallic surface, has revitalized the previously stagnant Basque industrial city. 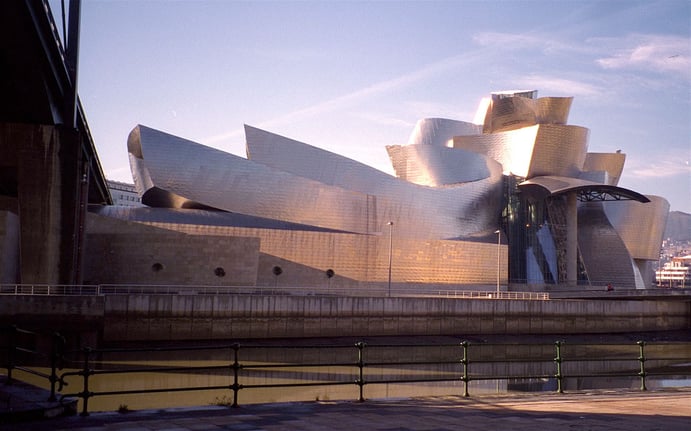 Corporate architecture not only visually characterizes the cityscape of modern metropolises, but it is also an identification symbol. It influences, polarizes and shows that architecture is marketing: sometimes subtle, sometimes striking, sometimes vociferous - especially when the name of a star architect reinforces the structure's advertising message even more. This is what makes a skyline truly spectacular.