Buildings are called "Immobilien" in German legal and business language which can be translated as "immovable", but often they are not at all motionless. Because, even if they usually do not leave their foundation (although there are exceptions) - they change significantly over the course of time. And not only in the sense of a gradual decay. Through re-purposing and remodeling, architecture has achieved spectacular transformations which were unthinkable by the original builders. They even grow occasionally - and sometimes that is together. 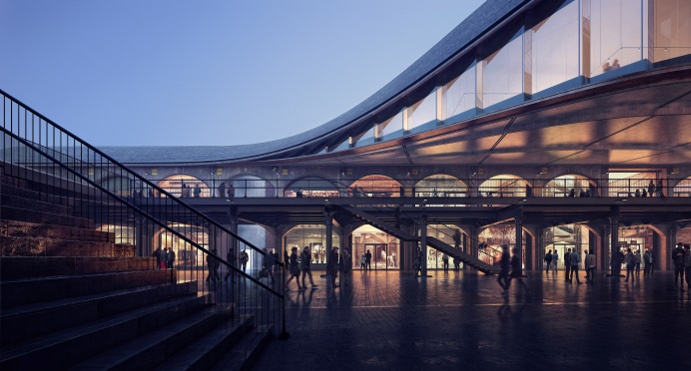 It is rare that two buildings have grown together so spectacularly as in the case of Coal Drops Yard. Built in the 1850s and 60s, the yard, situated close to King's Cross, was once the main coal storage area for Victorian London. Via a total of four tracks, coal trains drove into two warehouses resting on viaducts where the load was then dumped into filling bays for further transport. The two brick buildings exuded that old industrial charm which has been in great demand for residential and office spaces. But after a short period as workshops, studios and night clubs, they became empty at the end of the 1990s and remained unused.

The neglect of a property in the heart of London was almost intolerable, so in 2014, Heatherwick Studio set about transforming the abandoned Coal Drops Yard into an attractive shopping mall. However, simply extending the two elongated buildings would not have been enough. The industrial buildings, which were never intended for pedestrian traffic in their original form, were too far apart and had to somehow be connected to each other. Allowing the two buildings to collide, in terms of their geometry, with some new interconnecting construction was rejected and instead, the architectural firm developed a very smooth transition by subsequently curving the two roofs. 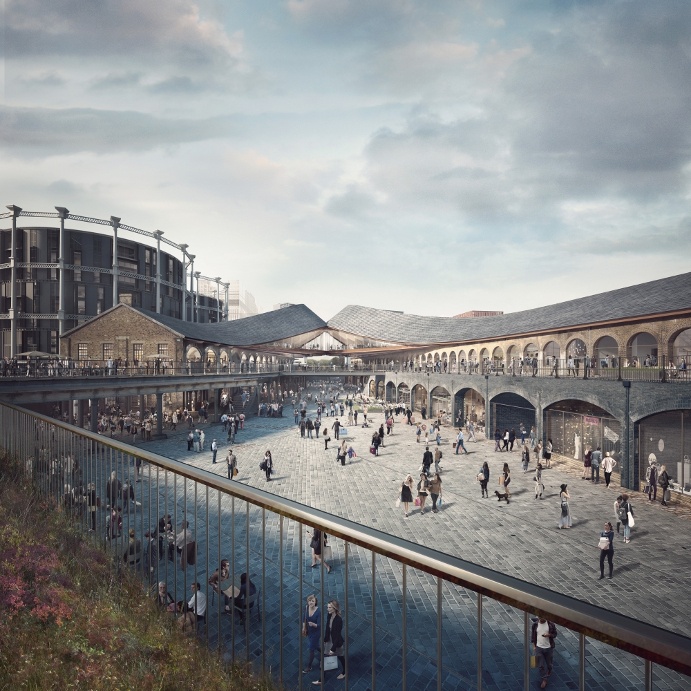 The result of this decision created one of the great combinations of contemporary and industrial architecture in the 19th century. The gables of the buildings are continued in a curve-shaped movement and finally meet in a kind of bridge construction. This new interface creates both additional interior space at a higher level as well as a spacious new public space in the outdoor area below. The former provides views over London, while the latter is suitable for concerts and similar events. 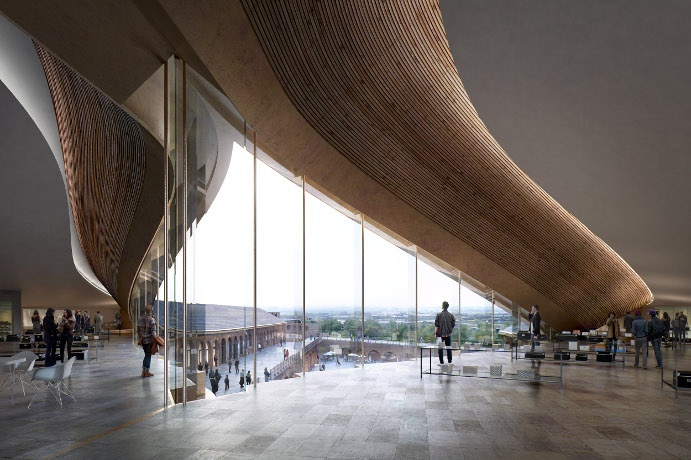 The Victorian charm and historical character of Coal Drops Yard were retained. Both the brick buildings and the cobbled yard will be lavishly renovated by the re-opening in the fall of 2018. About 65 shops are planning to open there, including five major stores as well as boutiques, restaurants, galleries and music venues. The outdoor area is to hold markets and street festivals. Project developer, argent, hopes for up to 20 million visitors a year. Not much more could have been done for this abandoned property.

Previous post: Quiet at last - Improved sound insulation in timber constructions
Next post: Eyes from above: Drones on construction sites