Pacific Garbage Screening: Combat the pollution of the oceans with sustainable architecture

If a garbage truck dumped its contents into the ocean every minute, beachgoers around the world would protest vehemently. Most people do not know about the eight tons of plastic that end up in the oceans every year. Ocean currents make the waste end up in "trash vortexes" - far away from the coast and hardly high-profiled. But they are a major problem. The ambitious architecture project "Pacific Garbage Screening" wants to do more than just stop the increasing pollution of the world oceans. It also provides a carbon-neutral recycling solution for plastic trash. 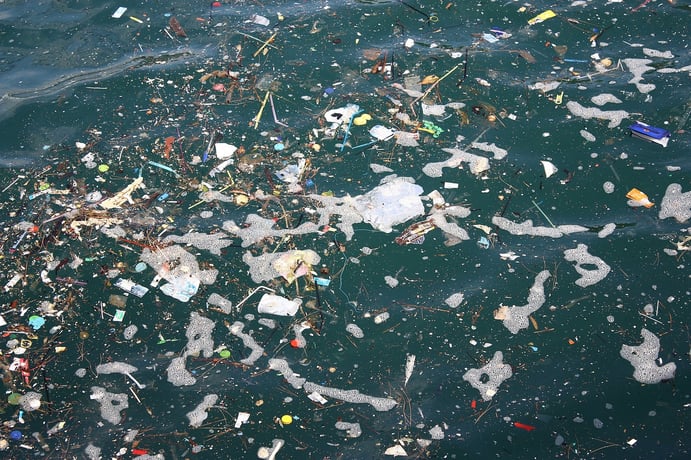 More plastic in the ocean than fish

The largest maritime trash vortex is located in the North Pacific: 100 million tons of waste in an area that is nearly as large as Central Europe. Ninety percent of it is made up of non-degradable plastics: it's an immense threat to the marine population. And the amount of trash continues to grow. By the year 2050, there could be more plastic in our oceans than fish – this is the alarming result of a study. The pollution of the oceans is just one problem. The waste plastics are being reduced into microparticles by erosion, saltwater and solar radiation and are making their way into our food chain.

Unfortunately, the trash cannot simply be taken out of the ocean. Plastics have different densities. The density of typical plastic waste is less than that of water, but the majority of the undesirable old products do not float on the surface. It accumulates in trash vortexes due to ocean currents. These trash-covered water columns reach up to 30 meters below in the depths. Filtration with nets is statistically impossible due to the high water pressure. In addition, marine animals and plankton would be sifted out.

The Pacific Garbage Screening (PGS for short) utilizes sustainable architecture to clean the ocean. The idea is as revolutionary as it is simple: When the plastic waste items float on the surface in weaker currents due to its lower density, the current must be minimized. The solution is a platform that floats in the water and filters plastic particles out of the water without using nets due to its special design and processes them further. The PGS is 400 x 400 meters and reaches down to 35 meters below the surface of the water. The current-optimized shape prevents the pressure from acting on the platform. The station is to be anchored to the seabed within the trash vortex using tension systems down to 4,000 meters below the surface of the water. Specially oriented, horizontal subdivisions also create a kind of canal system under water, which selectively calms the ocean currents and reverses the principle of a sedimentation basin: The plastic particles rise to the surface of the water due to their own buoyancy and can be skimmed off the top without endangering maritime life. 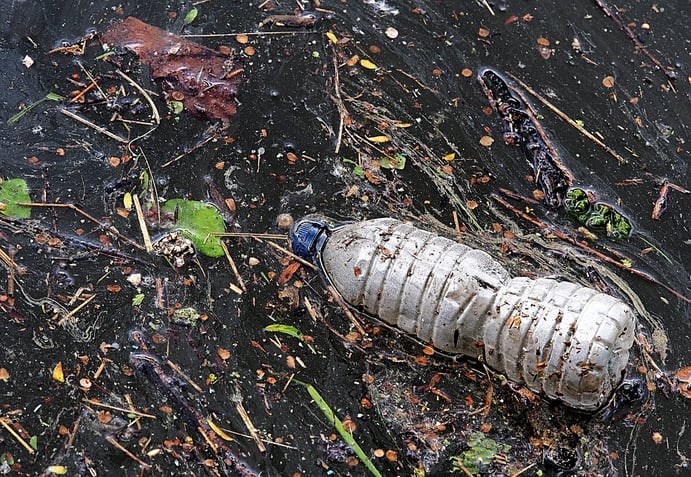 But the task of the Pacific Garbage Screening is far from completed. The polymer chains have become so short due to the effects in the water that a material recycling of the plastic trash is no longer worthwhile. The alternative: thermal utilization via plastic gasification. The plastics are converted into a synthetic gas consisting of hydrogen and CO2 directly to the platform. Fuel cells store the hydrogen to supply energy to the platform. Algae cultures feed on the carbon dioxide, which are cultivated in large areas on the surface of the water and they are used to generate biodegradable algae plastic. The carbon-neutrality of the PGS is thus ensured.

Environmental protection thanks to sustainable architecture

Sustainable architecture offers many solutions for addressing mismanagement in our society. An environmental protection station that operates autonomously and offers a CO2-neutral solution for one of the major environmental problems of our time is a very promising solution. The PGS concept is sound, but it is still theory. Feasibility studies and a scaled model are the next steps for proving its functionality in practice.