Scientists from the US start-up Ecovative have produced a foam-like material from mycelia, "MycoFoam," which is used as an insulating material in architecture. We will present the organic building material to you in more detail in this article. 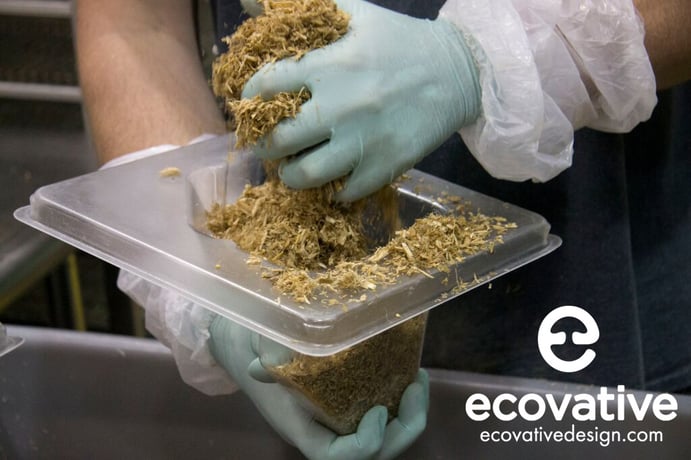 Insulation materials from renewable raw materials such as cellulose and soft wood fibers have already been established in the construction industry since the mid-1990s. The start-up Ecovative has now developed a self-growing alternative to renewable raw materials that is made of mycelia. Mycelium is the underground web of a mushroom, similar to the roots of a tree. These threadlike cells are combined with agricultural by-products, such as corn stalks or stems, and grown into a network of roots in a dark room for five to seven days. The mycelium utilizes the agricultural waste, whereby the materials blossom into a structure that is similar to an adhesive-like mass. Mycelium acts like a self-producing glue in a way, which binds different types of natural products.

Then the mycelium is dehydrated and heated up. Depending on the admixed by-products, properties such as density, appearance, thickness and texture can be influenced. The material is 100 percent biodegradable and not only serves as an insulation material, but also as a resource-conserving building material and alternative to plastic and styrofoam, which is what the majority of packaging is made of. The production of one cubic meter of styrofoam requires 1.5 liters of crude oil. By comparison: The same amount of MycoFoam (the name of the environmentally friendly building material) is 100 percent recyclable. According to the manufacturer, the substance is fire-resistant and pressure-stable, also making it suitable for the production of acoustic tiles and sandwich panels.

To what extent has the planning method BIM really won through in practice? 11 facts about BIM in practice.

Hy-Fi: A tower of mushrooms

The young architect David Benjamin showed how the mycelium material can be used in architecture as part of the "Young Architects Program" at the Museum of Modern Art in New York. His cylinder-shaped structure Hy-Fi consists of 10,000 myco bricks, which were raised in the Ecovative laboratory. The name refers to "hyphen," the threadlike cells of the mushrooms. With this tower-like design, he used the mushroom material as a load-bearing material outdoors for the first time, thus taking first prize in the competition in 2014. 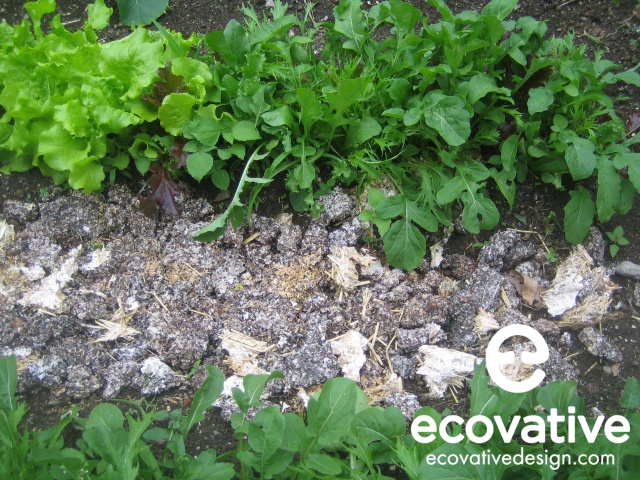 The founders of Ecovative were not the first to discover the potential of mushrooms as a building and packaging material. Already in the 1980s, the US artist Phil Ross made a splash with sculptures made of sawdust clumps that were held together with mycelia. Today, the mushroom pioneer breeds chairs, stools and tables from the material. With his company MycoWorks, he pursues the goal of advancing the use of the revolutionary building material in architecture as well.

The artist is convinced that mycotecture is already technologically so sophisticated that it is suitable for home construction. He showed this in approaches with the mini-house "Mycotectural Alpha" , which consists entirely of mushroom bricks. According to Ross, the sustainable building material could be difficult to implement, primarily for cultural reasons. Mushroom has an image problem. Many people associate it with negative and health-hazardous properties. Ross believes there a rethinking needs to occur in society.

Building material of the future?

However, this in no way diminishes the potential of the environmentally friendly building material. A great deal still has to be invested in research and optimization until it will become established in the construction industry. What is clear is that sustainable construction is already playing a key role in architecture today. Scientific studies to investigate the potential of mycelium could therefore be worth it.

Previous post: The roof in engineering: Progress indicator of society
Next post: Engineering geology: The architects of the ground