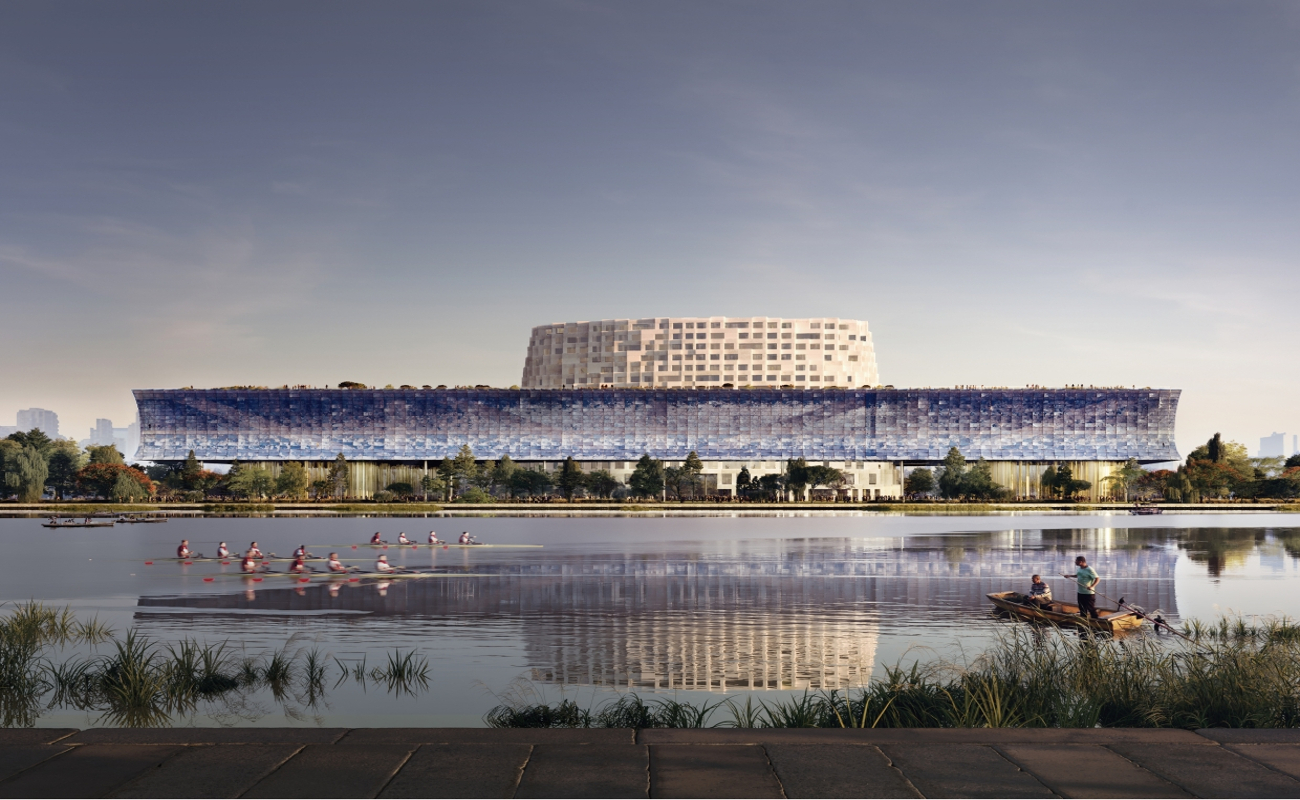 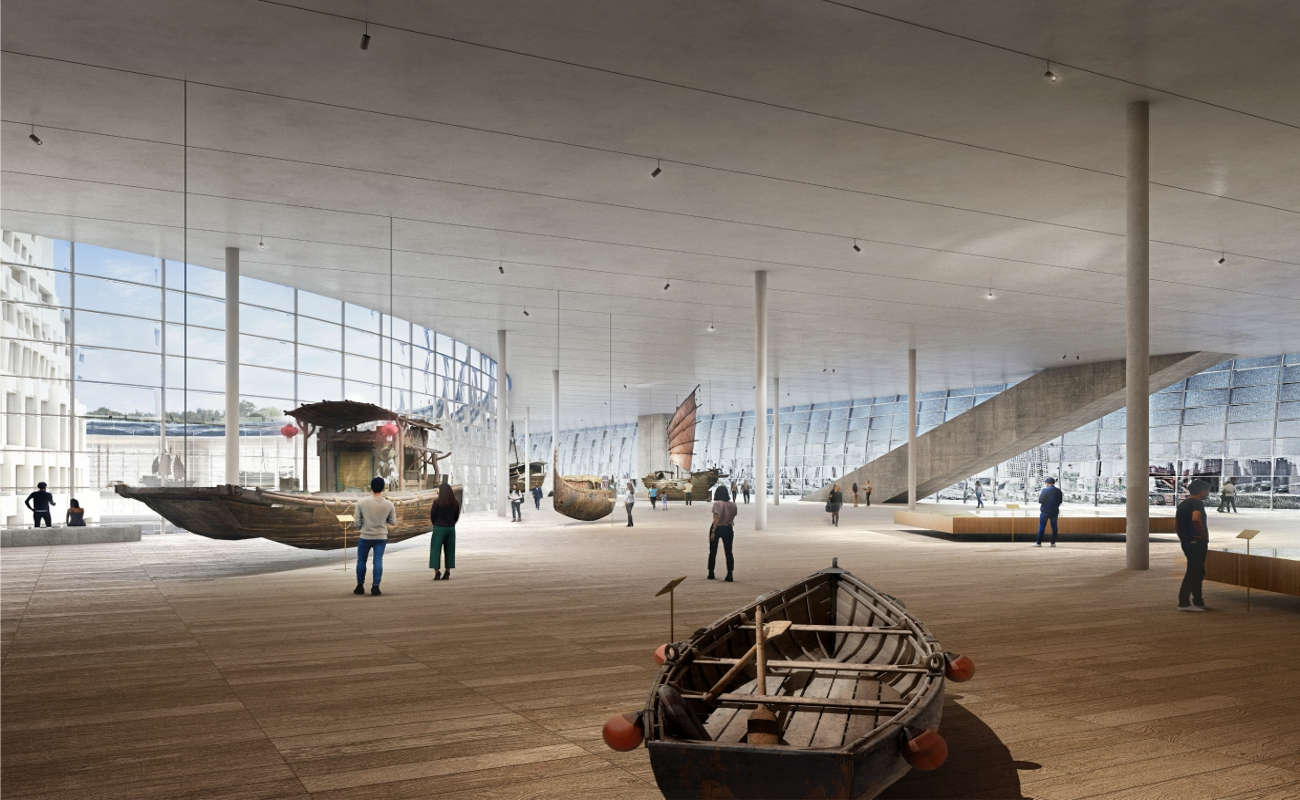 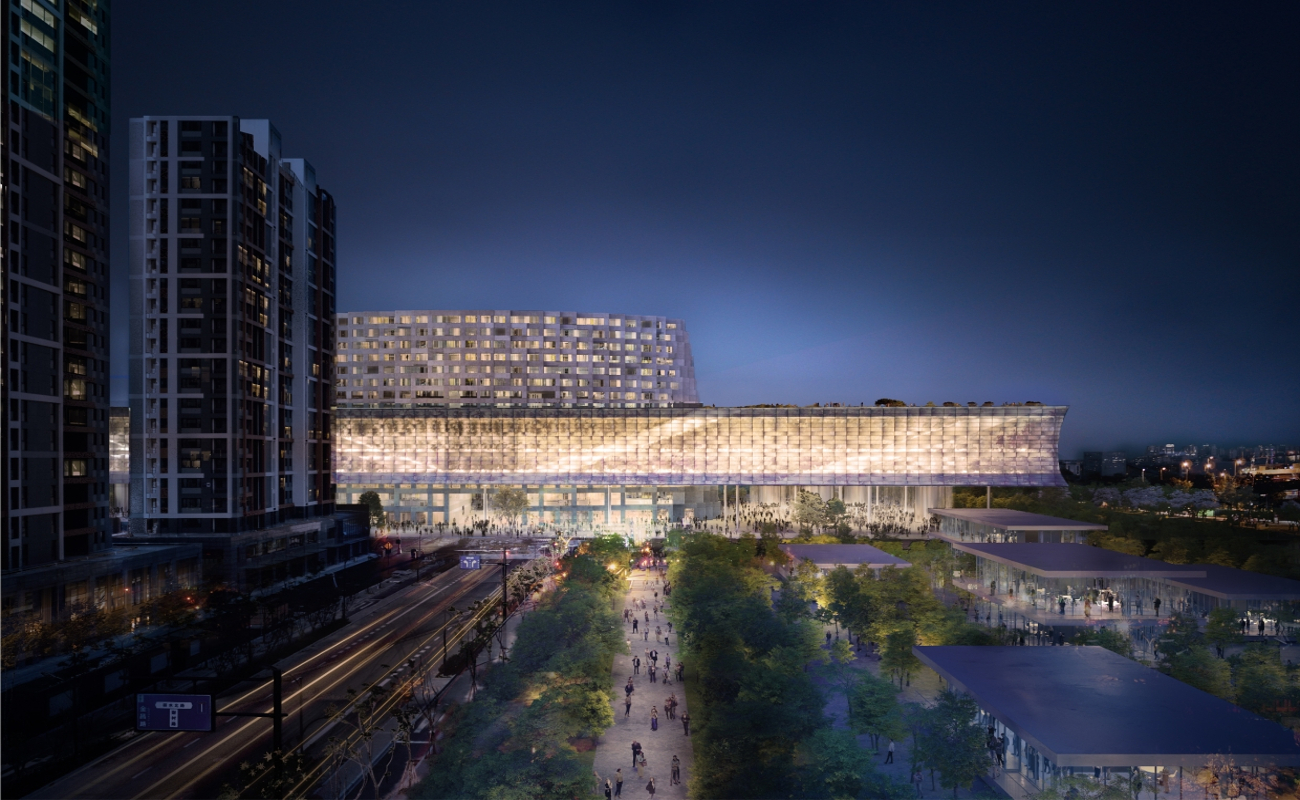 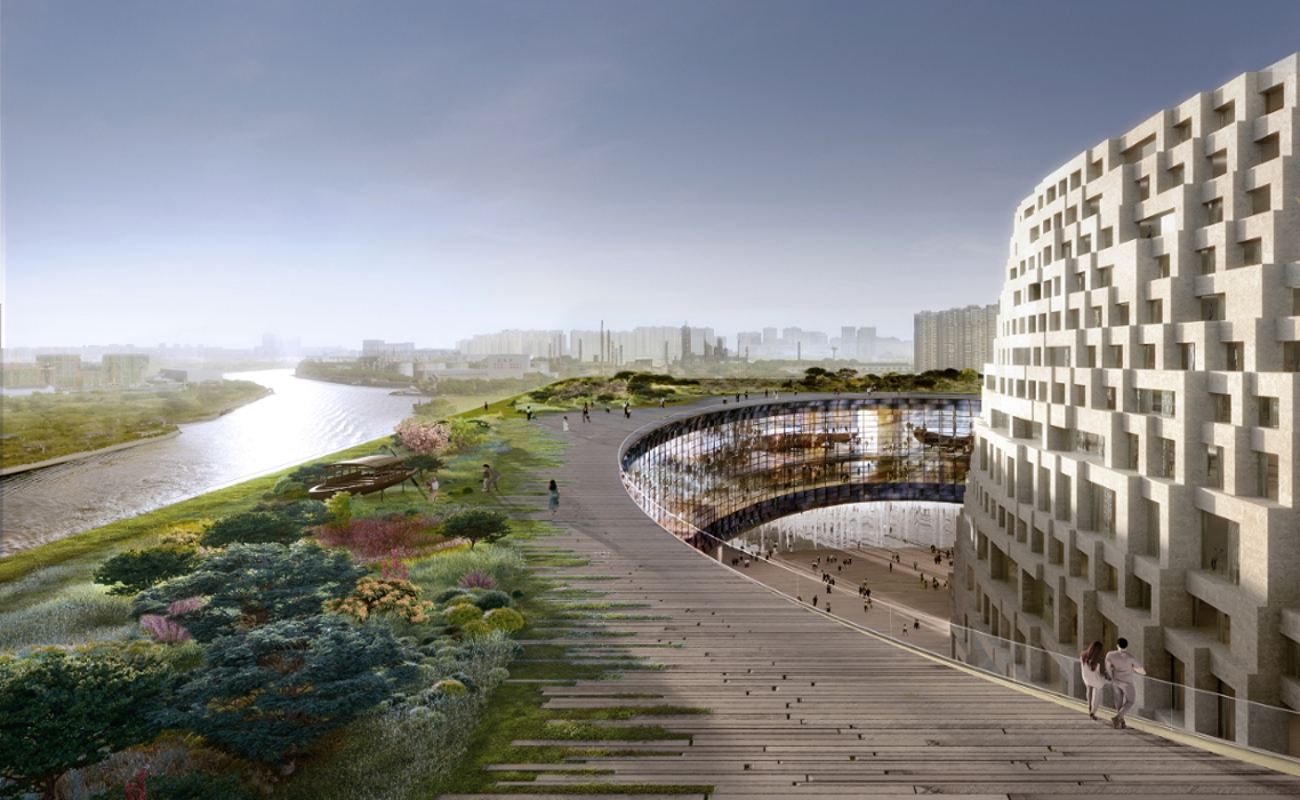 Herzog & de Meuron are building a dramatic and monumental museum in Hangzhou for the largest waterway in the world: the Grand Canal.

The Grand Canal in China is in parts already over 2,400 years old and yet, with a length of more than 1,800 kilometers, it is the largest waterway in the world. In order to create a monument in the form of a museum for this magnificent piece of infrastructure and world heritage, the city of Hangzhou launched an architectural competition last year. The beaming winner: a dramatic calligraphic brushstroke from the pen of Herzog & de Meuron.

The vision of the Swiss star architects rises seemingly weightlessly twelve meters above the ground on narrow supports and interacts effectively with the channel rushing by. The part of the museum that is directly visible from the water is designed as a broad line that resembles a strong calligraphic brush stroke. Instead of using ink, however, the architects write with large concave glass elements that imitate the play of light from rippling waves, thus emphasizing the natural beauty of the canal. The canal and the building reflect each other and enter into a dialogue of light and movement.

That floating structure houses the actual museum, which will tell the story of the masterpiece of ancient engineering: from its monumental construction, its role in agriculture in China's eastern plains, its importance for communication in Imperial China and cultural influence to the present day. Underneath, public squares are formed between the filigree columns, which benefit from the shadow of the cultural building, as well as a large ballroom and a banquet hall behind a veil-like glass facade. The museum above will offer 50,000 square meters of exhibition space on two identical but potentially independent floors.

Behind the reflective brushstroke, a mountain-like hotel and congress center complex is to be built. According to Herzog & De Meuron, this image - water in the foreground, mountain in the background - reflects a classical Chinese ideal for the integration of people, buildings and their natural environment. Complementing the museum's moving glass, the mountain appears mineral and solid. In addition to this analogy, another one manifests itself in the planned landscape architecture around the museum complex. The various plant species are arranged in such a way that they represent the flora of the different regions of China, which the canal connects. An additional park on the roof of the museum serves - in addition to a breathtaking view from the greenery - for sustainable rainwater management.