A giant chimney against smog

In order to satisfy the hunger for energy of an up-and-coming industrial world powerhouse, China has for years been building one coal-fired power plant after another. One of the biggest problems that this literally dirty form of energy production brings with it is the smog that covers the major cities in China, especially in winter. In addition to efforts to expand renewable energies, which are second to none in the world, the Chinese are now also tackling this problem specifically with direct air purification measures. A sensational pilot project in this field is located in the city of Xian. This is probably the largest air filter in the world. 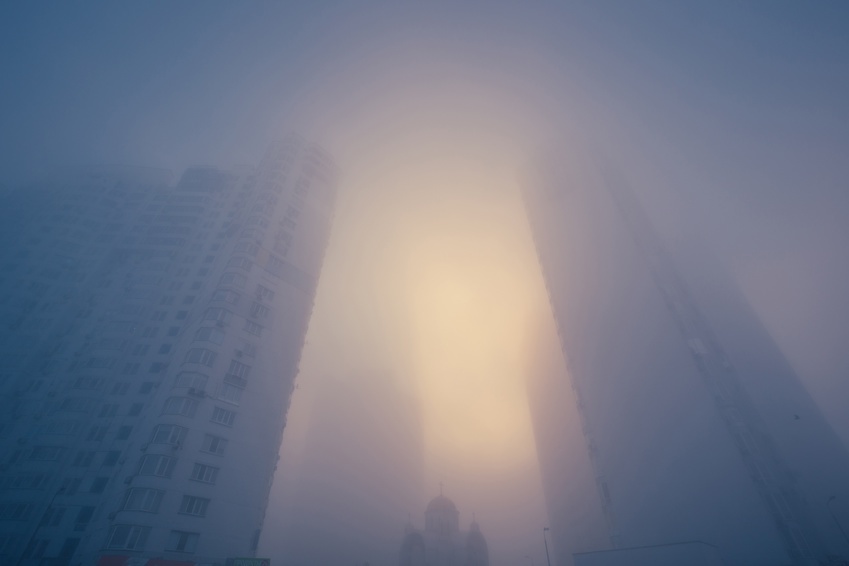 The experimental concrete structure, which is 60 meters high, is visually very similar to industrial chimneys. This chimney, however, is in its function the exact opposite of the usual chimneys, because instead of polluting the air with harmful emissions, it filters them out. The gigantic air purifier was developed by scientists from the Chinese Academy of Sciences and Jiaotong University in Xian and the University of Minnesota. Since 2017 it has been providing better air on a small area of the Chinese metropolis Xian.

Filters in the chimney

In principle, the air purifier functions like an updraft power plant. At the base of the chimney there is a kind of greenhouse with a large glass roof, in which the air heats up and then flows upwards through the chimney, where it is freed of fine dust by means of a filter. The resulting vacuum sucks in more dirty air. A special coating improves the light absorption of the roof and thus the efficiency of the chimney effect.

The effect of the chimney on the air has so far been measured at ten different test stations within a radius of about ten square kilometres. Two weeks in January 2018 were chosen as the time for the measurements, as the smog load is highest under these winter conditions. According to the measurements, the plant produced between five and eight million cubic metres of filtered air and was thus able to reduce fine dust pollution in the test area by 19 percent. Although these data are promising, the effect remains locally limited. Research director Cao Junji therefore calls for the use of multiple "cleaning chimneys" to achieve a significant reduction in air pollution.

The data collected so far is currently being prepared for a peer review. However, if the project is successful, the 60-metre Xian chimney may be just the beginning of a series of much larger facilities. A proposal for a 300 metre high air filter has already been submitted for Xian. Plans for a 500 meter high structure also exist. In addition, the scientists are in negotiations with other major cities such as Beijing, Hebei and Henan - all of them places where smog is certainly not lacking.

How meaningful the technology really is depends on how much environmental damage is caused by the construction and operation of such plants. After all, the production of such a large concrete structure requires enormous amounts of energy, the production of which again leads to unpleasant emissions. And the costs are not exactly low. The construction of the 60-meter prototype alone amounted to the equivalent of 1.7 million euros. Critics therefore ask whether it might not make more sense to invest the same amount of resources and money in renewable energies that simply do not emit any toxins. Others, on the other hand, consider the experiment itself valuable, but are still undecided as to whether the approach will work in the end.