Zaha Hadid's portfolio largely comprises a collection of masterpieces. But the list of controversies that her work triggered is not exactly short. Whether it was projects in China that are ignorant towards man and environment, inhumane conditions for the workers of her World Cup soccer stadium in Qatar or the complete cancellation of the order for the Tokyo Olympic Stadium due to over-taxation – Hadid had a lot of space for criticism during her lifetime. So it is ironically only logical that the last of her supervised projects, the train station of Afragola, does not seem to be without controversy.

Afragola is a city of 65,000 inhabitants in the metro area of Naples about 12 km north of the city. The new train station, which has been under construction since 2003 with many interruptions, is to become part of the high-speed network Treno Alta Velocita (TAV) that is meant to relieve the Neapolitan main train station. On the one hand, it acts as a connection for 15 million people in the southern regions of Campania, Puglia, Molise, Calabria and Sicily to Northern Italy and Europe. On the other hand, it connects Europe and Northern Italy with the southern port cities of Gioia Tauro, Taranto, Bari, Brindisi, Palermo and Augusta for the transport of goods.

A "cathedral in the desert"

On July 6 of this year, the recently completed first phase of the project was inaugurated by Italy's prime minister Paolo Gentiloni. This was done with pride, because this was the last project of the master architect and, as to be expected from Zaha Hadid, was a unique and absolutely grandiose design. It is a dynamic structure that winds 400 meters along the tracks rising up 40 meters. The 30,000 square meter four-story interior is similar to a futuristic cathedral under a roof with 5,000 square meters of glazing area. 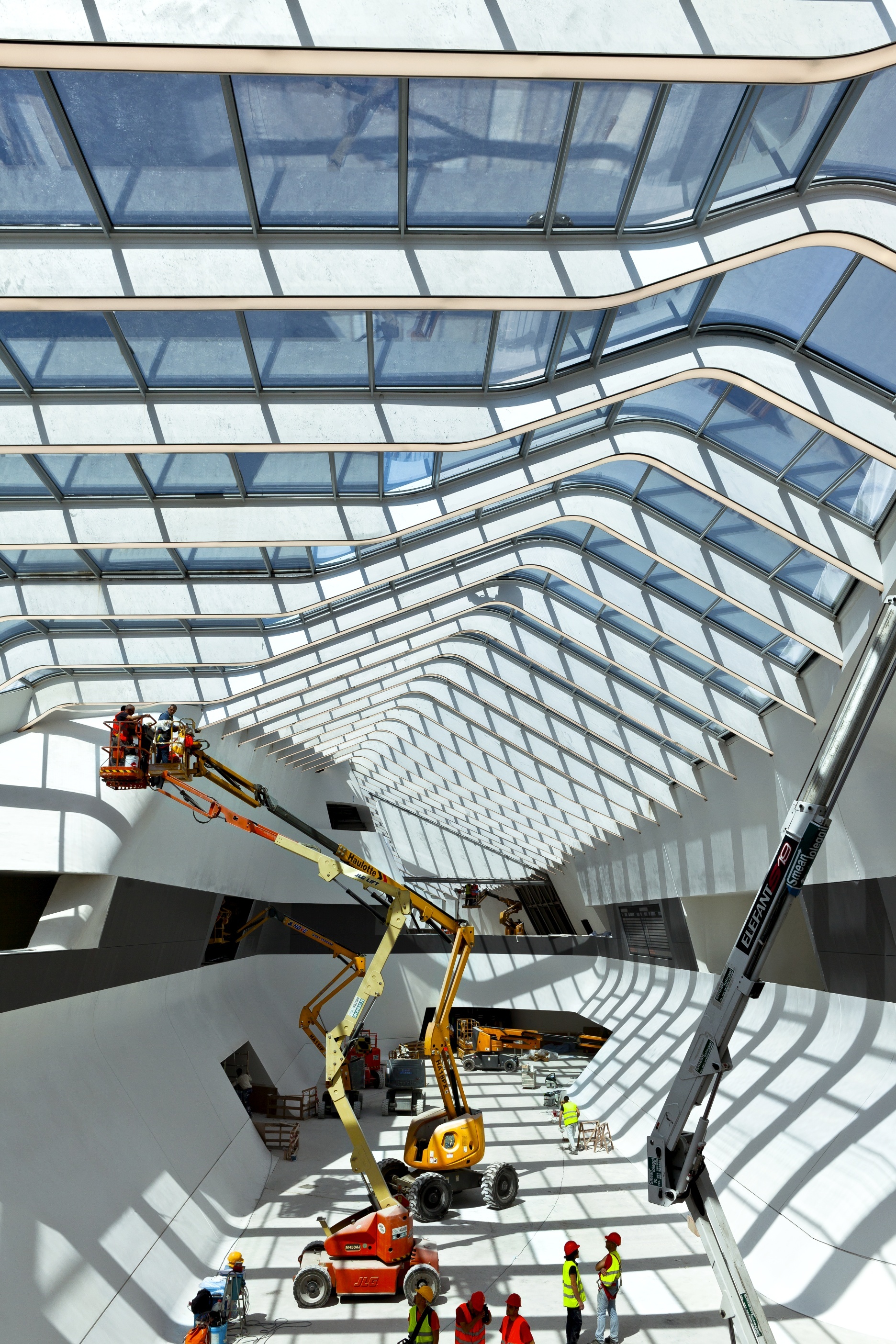 The Italian press sometimes also calls the cathedral a "cathedral in the desert“ (cattedrale nel deserto) – an idiom for an unused thing that is expensive to maintain that you cannot get rid of. There are several reasons for this. The connection to the public transport is poor. The train station is not directly connected to a subway (the nearest station is more than 15 minutes away) or to the regional railway Circumvesuviana, which connects Naples to the surrounding towns. Shuttle buses frequently get stuck in the dense city traffic and on top of that there is a lack of parking spaces. When it comes to the high-speed train connections, the important line between Naples and Bari is far from being finished. 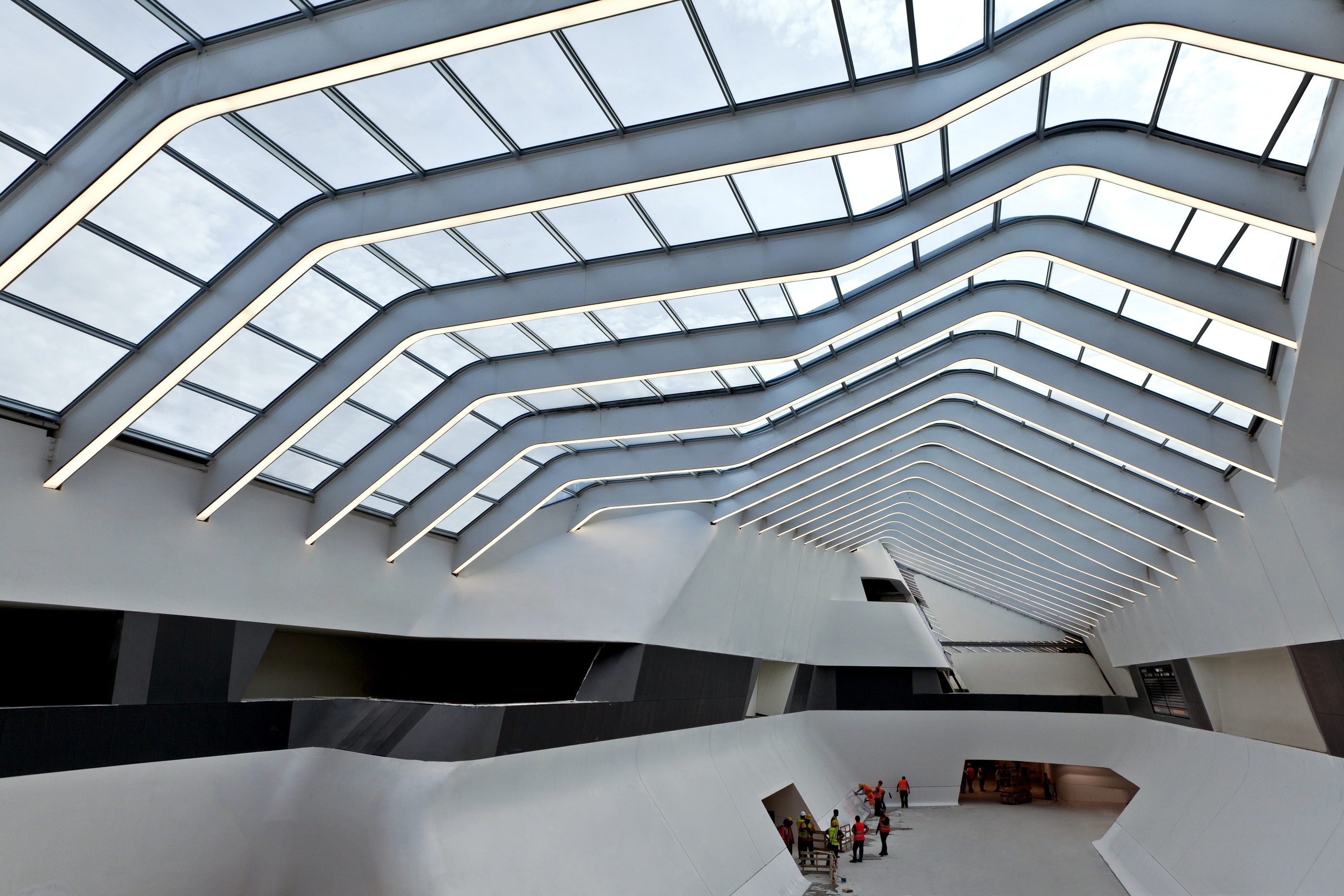 The full operation is first expected starting in 2022

In short: The train station still cannot be used as it should. It is a frustrating situation, because the first phase already cost more than 60 million euros. The second phase of construction is to be finished in 2022 and will cost another tens of millions of euros. Only then will there be a connection to the Circumvesuviana and other regional trains to Caserta, Benevento and Naples-North and to the Naples-Bari high-speed line that should be finished by then. Also instead of the 18 high-speed trains that have been stopping in Afragola in both directions since June 11, 28 will arrive at the train station. 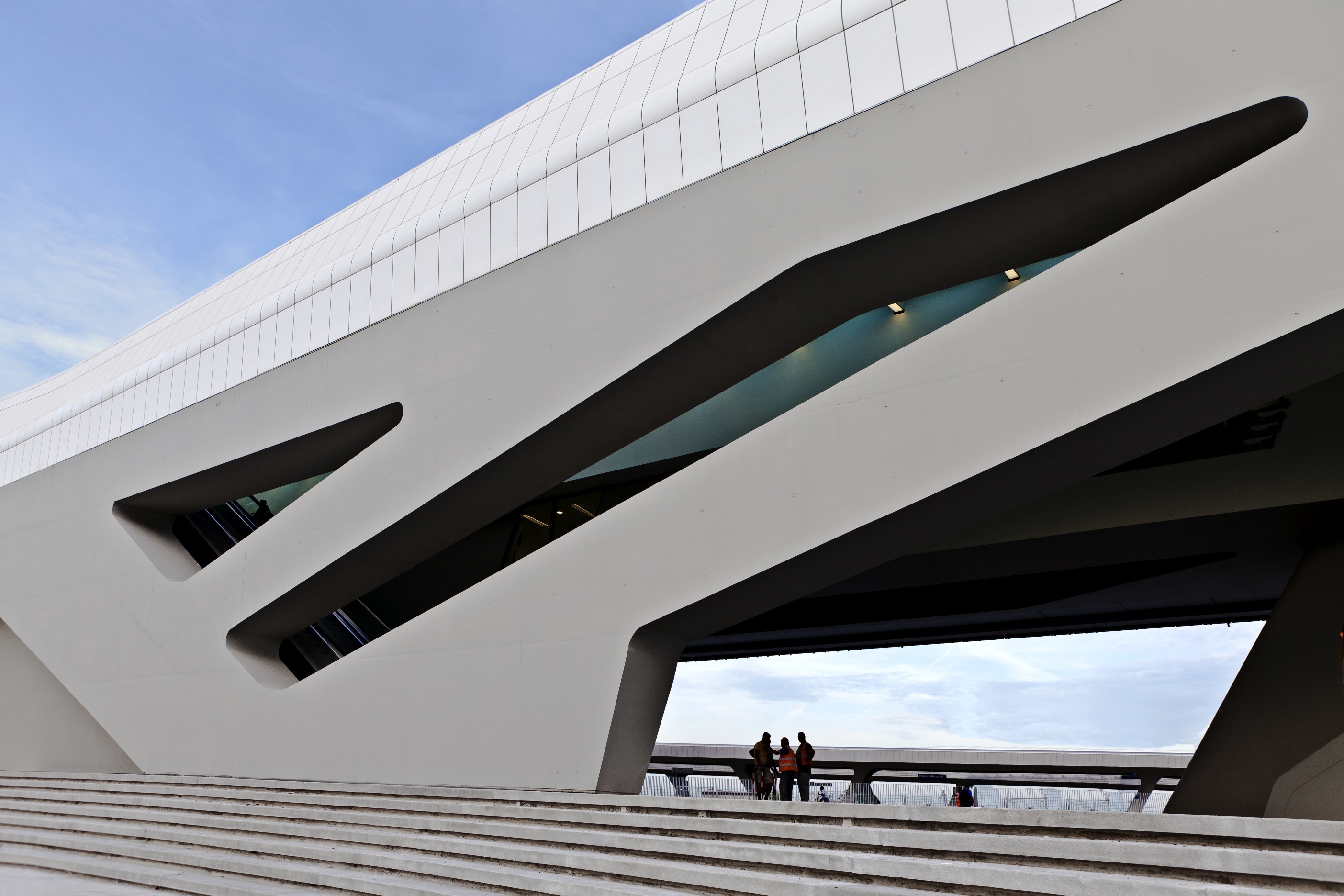 Everything is so wild

However, you can also view the entire situation positively. After all, the "cathedral in the desert" or the uselessness of Zaha Hadid's last masterpiece is only a temporary state. And so in a few years the train station in Afragola will not only delight lovers of architecture, but certainly also those train travelers who are in a hurry.