Everything aspires in cities. According to estimates of the UN, about two-thirds of the world's population will live in urban regions by 2050. But where will they live when the space in these urban regions inevitably disappears? The sky seems to be the only answer. This logical consequence has two very opposite faces. On the one hand, there is a dream of vertical cities where all city life is compressed in an environmentally friendly, resource-efficient and socially responsible way. On the other hand, the reality of the exclusivity of "sky" spaces due to their unaffordability for normal wage earners or the unattractive monotony for the masses. 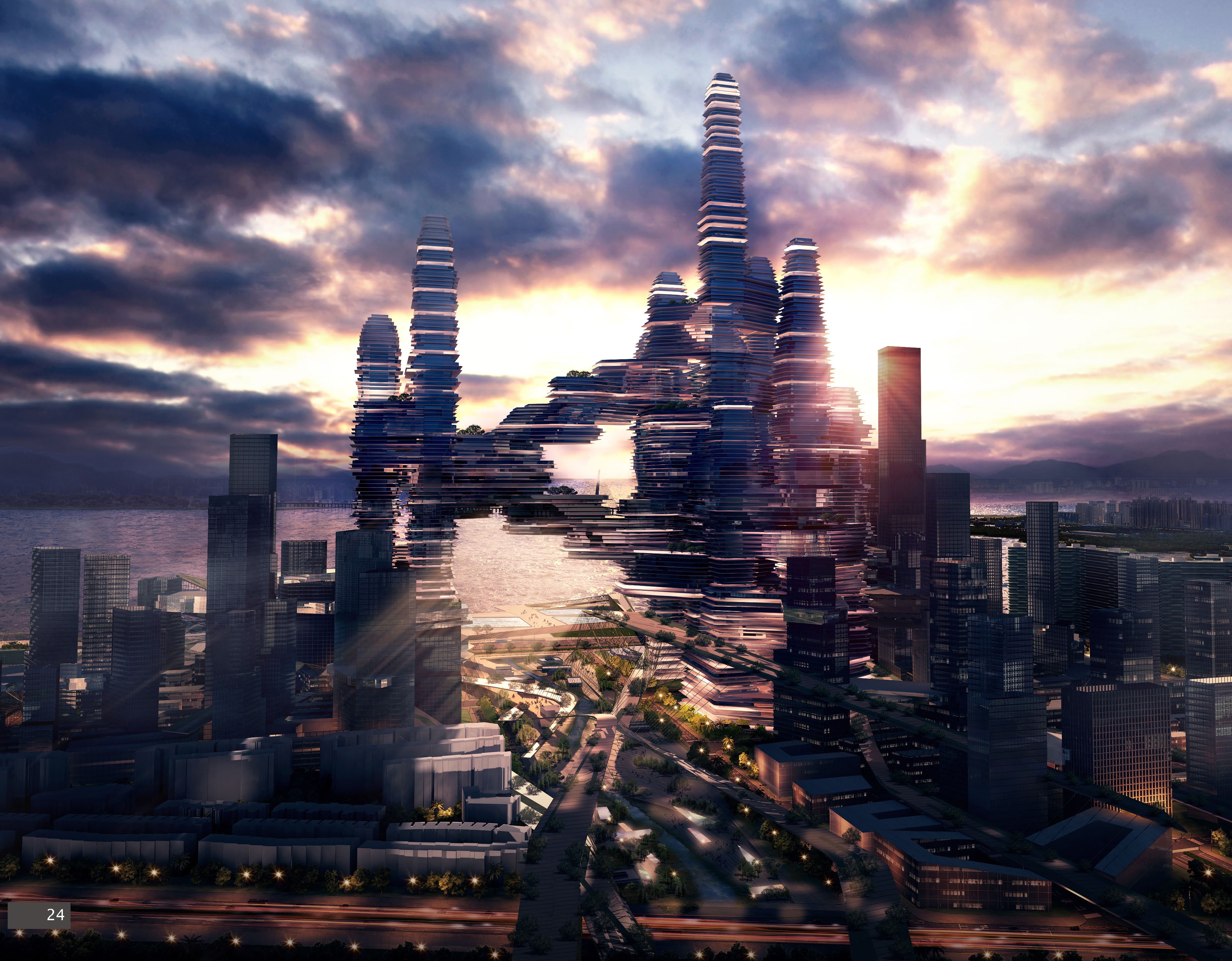 Vertical compression is not a new idea, but rather has long been a widespread solution to the increased demand for space in major cities. Many cities around the world can easily be identified from a distance because of their skyline. The buildings storming into the sky are frequently accumulated in the centers of the cities primarily. The problem with this type of consolidation is that it does not create living space for people who desperately need it. Rather, just where the square meter is already the most expensive, space is created that becomes more expensive with increasing height and thus is only suitable for those who could already live anywhere financially speaking.

New York is the best example of this. Every meter of height around Central Park has been contested with all means for years, since the yield also grows with the construction height. The so-called zoning laws, which specify a certain ratio between the plot and gross floor area are bypassed by building particularly slender and purchasing the height meters of lower built neighboring plots. Thus potentially cheaper living space, because it is lower, is increasingly being converted into unaffordable living space due to verticalization. But the phenomenon of price increasing with height is not limited to New York by any means. The Grand Tower in Frankfurt as the highest residential building in Germany will also house the most expensive apartments in the country.

However, vertical also knows poorer inhabitants. In east Asian cities like Tokyo, Beijing, Bangkok, Singapore and many others, entire districts that have grown over centuries are quickly replaced by uniform unattractive multi-story housing. As soon as families have a larger income, they move into single family homes in the suburbs. This results in an impoverishment of the urban population and an urban sprawl. The Dutch architectural firm MVRDV took on this problem in a traveling exhibition called "Vertical Village". The architects called for the development of new models that provide for a kind of vertical neighborhood – with demographic diversity, mixed use, individual living spaces, etc.

MVRDV is not alone in its visionary ideas for an improvement of cities through smart vertical consolidation. In 2012, the two Chinese-born architects from New York, Kenneth King and Kellogg Wong, published a book called "Vertical City: A Solution For Sustainable Living, in which 30 renowned architects from around the world dealt with the idea of a vertical city. The work and now the associated website verticalcity.org are propagating a conglomerate of interconnected eco-friendly and self-sustaining mega towers, which are to offer a dignified life to hundreds of thousands of people.

Such a city in the city would have to produce renewable energy and also as much food as possible locally, such as in the form of aquaponics and fish ponds. Due to the extreme consolidation, however, ground area would be saved and secured for agriculture. Since life and work, production and consumption would be focused on the sky city itself, considerable amounts of energy would be saved, that would otherwise be consumed for long transport and commuter routes. A rich vegetation would serve as air filtration and the storage of CO2.

Urban Future Design and CR-Design 2014 showed what such a vertical city could look like with the winning design at the competition for the "Shenzhen Bay Super City Master Plan." "Cloud Citizen", as it is called, would accordingly house apartments, offices, parks and cultural institutions and would be able to use rainwater, to produce food and to generate energy from sunlight, wind and biomass (algae). It would do all of this in three giant up to 680-meter tall towers, which are connected to each other via sky bridges.

So there is no shortage of ideas for useful, socially acceptable and sustainable vertical compression. And since there is no way around building up in the long run, you can only hope that they will be realized, besides the less well thought-out ones.