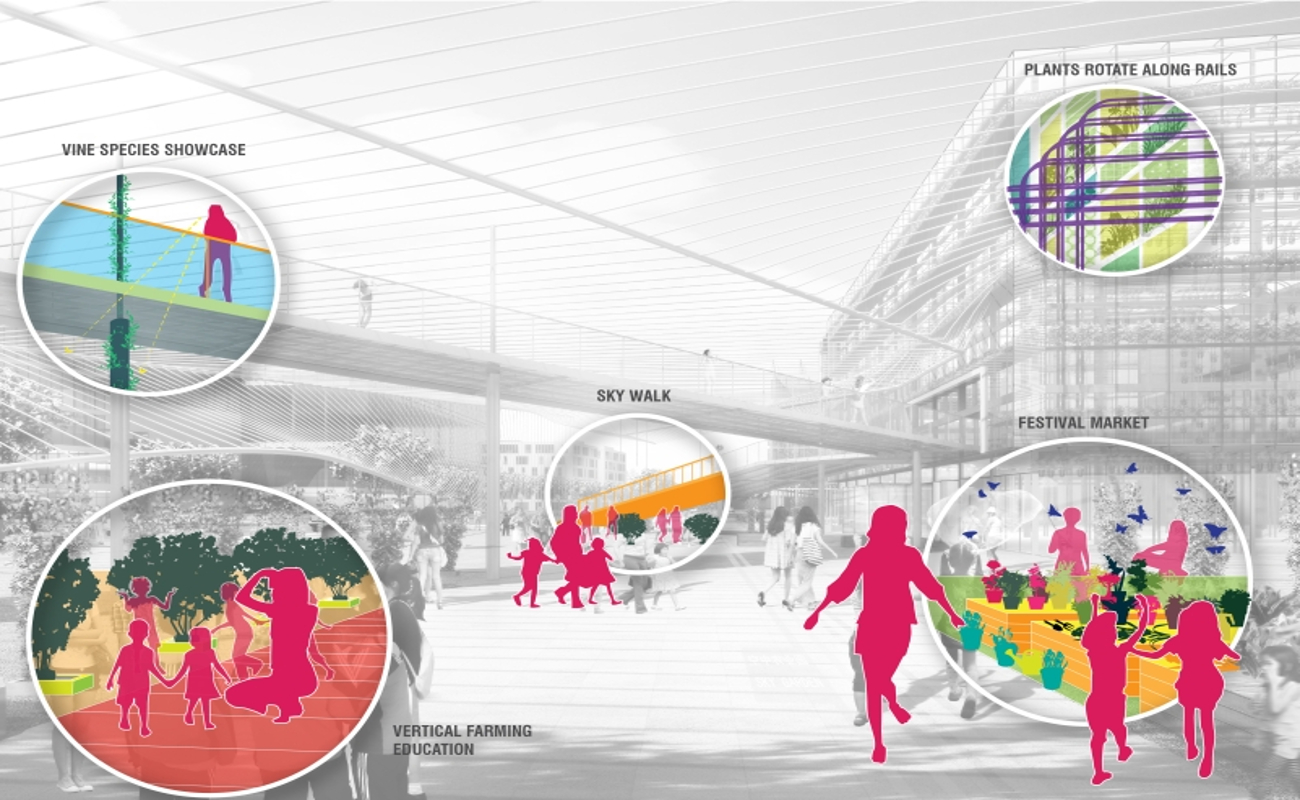 The UN estimates that by 2050 there will be about ten billion people on earth. Two-thirds of which will live in cities. Together they present a double problem. On the one hand, around two and a half billion more people need to be fed. On the other hand, as cities spread out, the amount of cultivable land is reduced. The expansion of cities could be curbed through smart urban planning up to a point. However, even then, existing farmland would not be sufficient to feed so many people. It seems time to rethink agriculture as a whole.

If the United Nations are to be believed, the number of city dwellers will almost double from the current level of 3.4 to 6.66 billion by 2050. Cities are growing, but not necessarily proportional to their inhabitants. Rather, it is assumed that in the developing countries where the rural population is currently still the majority, the urban population will double by 2030 but that the spread of the cities might even triple. These prospects lead to the conclusion that nothing else can be done other than to farm in the cities themselves. Concepts for this already exist. And, they are, like so many solutions in the context of great density, vertical.

Vertical agriculture means that agricultural areas, which normally take on the form of vast fields, are located in high-rise buildings. Founded in 2012, the Swedish company Plantagon thus has a leading position in this “field”. The company develops different concepts of vertical agriculture for various climatic contexts. The basic idea is, however, always the same: Agriculture is brought into the cities using state-of-the-art technology which makes use of excess heat energy, biomass and even CO2 for food production and is packed in an appropriate form of architecture. Plantagon creatively calls this combination of agriculture, technology and architecture "agritechture".

An initial agritechture prototype is currently being developed with the World Food Building in Linköping, Sweden and it is expected to be completed by 2020. The 60-meter-high building will provide, on the slightly sloped glass façade on the south side, a greenhouse with 4,335 square meters of cultivation area. Offices are housed on the north side. The goal is to produce as much food as possible with the smallest possible footprint - both in terms of surface area and resources, such as water. And in the best quality.

Plantagon is working on the development of the project with experts from various areas, including such as SWECO, SAAB, SSAB, Samhall or also Linköping University. And the World Food Building itself will form a symbiosis with other elements. There are state-of-the-art plants for waste incineration and biogas in the immediate vicinity which will supply the building with excess heat, CO2 and nutrients. In return, the WFB provides plant waste for the biogas power plant.

In Shanghai, urban agriculture, which represents a fixed part of the local food supply, has been in existence for some time. Although it has not been vertical up until now, increasing density is driving cultivation “upward”, especially in China. Here too, a pilot project for vertical urban agriculture has been started. With the Sunqiao Urban Agriculture District planned by Sasaki, a whole farming district is currently emerging practically in the middle of the mega-city. Similar to the World Food Building, it is planned that various plants be cultivated here using hydroponics in "high-rise greenhouses". It is also planned that the district should include research institutes and offices for public relations in the field of urban agriculture.

This particular project in China illustrates further advantages of urban vertical farming when carried out in a sensible way. Around a fifth of arable land in China is strongly contaminated with heavy metals. To counter this, food could be produced under laboratory-like conditions, protected against environmental toxins. Any form of urban agriculture, no matter in which part of the world, also provides enormous energy and CO2 savings through local cultivation because it saves on long transport routes from the fields into the cities. And one other thing: Glass towers, such as the World Food Building, which are filled with greenery, will definitely provide a lasting change in the appearance of the city.

Previous post: 10 Good Reasons for BIM
Next post: Moving From 2D CAD to 3D and BIM for Architects