From the kitchen to the mountain: Tunneling and mining with microwaves

Tunnel construction is a labor-intensive and time-consuming endeavor. It is true that the blasting and boring go much faster these days than when the special engineering skill was born. Nevertheless, it is still a slow process. But that could all change now. Researchers at the Montanuniversität Leoben in Austria [university of mining, metallurgy and materials] recently succeeded in making tunneling and mining easier by using microwaves. Their effect is "groundbreaking" and not only accelerates the construction process, but also makes its energy consumption much cheaper. 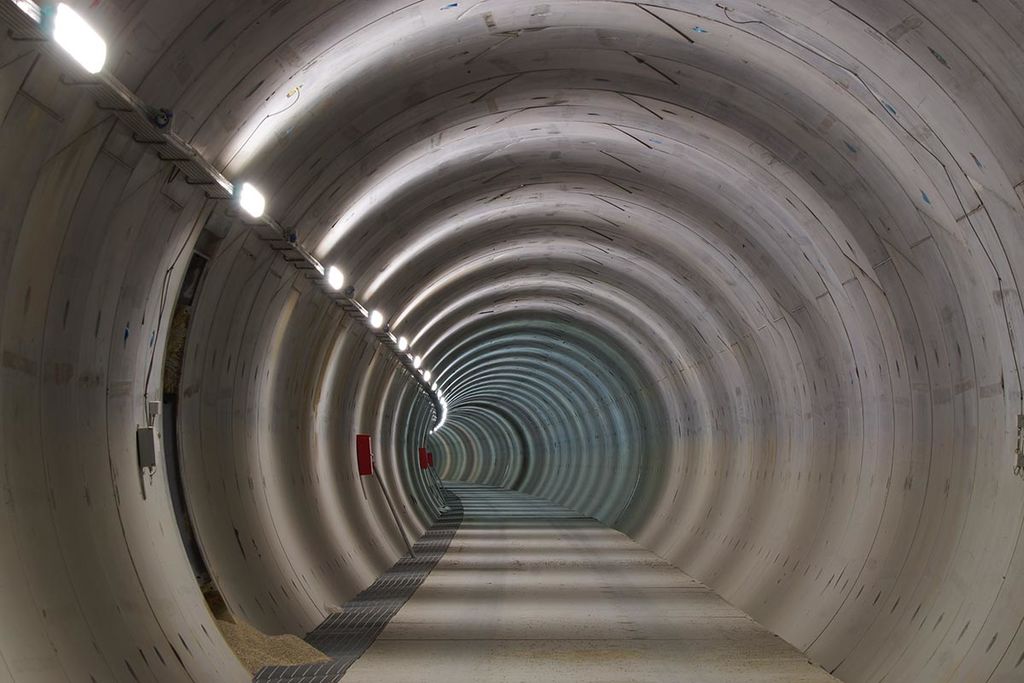 When digging in hard rock, it must be broken first. This is done mechanically, either by blasting or by using heavy machinery, such as a tunnel boring machine. In both cases, however, the majority of the energy is not used to fragment the rock, but rather it is lost in the form of heat. Researchers at Montanuniversität Leoben thought it is a huge waste and looked for a way to use the energy more efficiently. They ultimately found the solution in the form of thermal energy, which is used directly to break the rock - by using microwaves.

A question of heating

The principle is not new. People in the Middle Ages already heated rock with fire when mining in order to make it brittle. Since granite, for example is composed of different types of stone, they heat up to different levels, which in turn leads to stresses and ultimately cracks. However, open flame is dangerous in mining and is also not as efficient as heating via microwaves developed by the chairs for mechanics, physics and mining at the university in Leoben.

A microwave system is used here that at 25 kilowatts provides more than 25-times as much power as a microwave oven in a kitchen. The microwaves are bundled by means of a waveguide, which in turn can irradiate the rock with pinpoint accuracy. The pinpoint heating not only creates temperature differences between the different types of rock, but also does so between the irradiated and adjacent cooler rock, which increases the stress further and accelerates the fragmentation further.

Experiments have shown that better effects can be achieved with particularly energy-intensive short pulses of about a second than with longer pulses with the same energy input. In this way, the irradiated rock heats up very quickly while the heat does not remain for very long so that it does not spread to surrounding areas. The resulting stress is accordingly higher.

The mechanical degradation process is not replaced due to treatment with microwaves, but it is facilitated greatly. Overall, the method makes it possible to reduce the energy requirement by ten percent. The time savings are even greater. Compared to the conventional methods, the building time can be reduced by up to 50 percent.

The longest tunnel in the world is currently being built with the Brenner base tunnel (BBT). After completion, the train connection between Austria and Italy will be 64-kilometers long, exceeding the previous record holder, the Gotthard tunnel by seven kilometers. In total, both main tubes with reconnaissance tunnels and connection and access routes will achieve a total of 230 kilometers. This is also absolutely a world record. Imagine what an energy savings of ten percent would mean with this largest tunneling project of all time. And the completion planned for 2025 could already happen in 2021.