Translucent concrete: when walls light up

Translucent concrete combines the highest contrasting characteristics of light and concrete in spectacular fashion. The show effect comes at a price though.

Transparent walls made of glass or polycarbonate are widely known. However, they are much harder to find when made of concrete. When solid concrete walls suddenly radiate in bright colours from within there is something magical about it, with the most tangible form (the concrete) effectively merging with the most fleeting form (the light) in a fascinating way. Commensurate with this sense of fascination translucent or light-conducting concrete is a genuine rarity. Or rather something really precious. 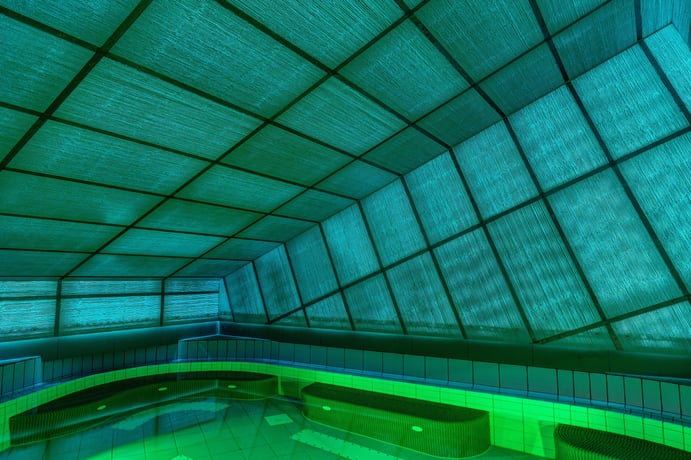 Translucent concrete is generally manufactured as a concrete building block and then processed like a natural stone. Until this point however the translucent stone has already come a “long way”, a journey comparable with the manufacture of simple concrete in terms of the basics only. The principle itself is straightforward: translucent concrete is based on a compound of concrete and a light-conducting material (e.g., fibre glass). In order for this compound to achieve the desired effect at the end a complex manufacturing process is necessary.

Not made of translucent concrete, but definitely just as colorful: Evangelische Grundschule Karlsruhe.

Normal concrete is vibrated in order to disperse air bubbles. Since the vibration however would damage the light-conducting material, it requires a special mix which dissolves the bubbles by itself. To this end, a series of additives must be added in the perfect ratio. Then the resulting translucent concrete is laid one layer at a time a few millimetres thick alternately with mesh fabric made of light-conducting material. Afterwards, the concrete has to dry over several weeks, whilst kept moist at the same time so that is does not crack. 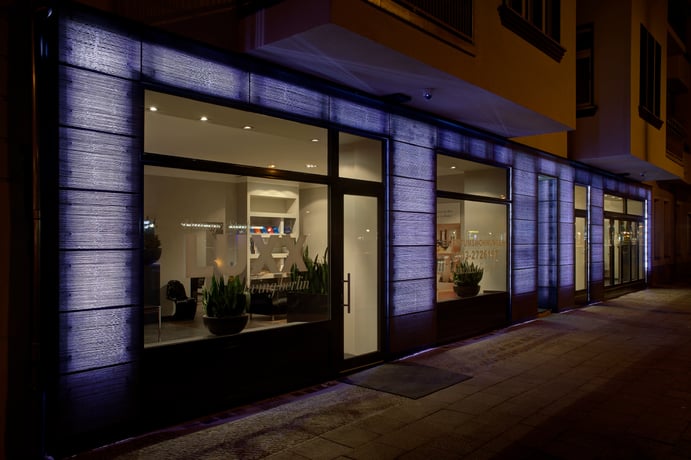 The translucent concrete manufactured in such complex, time-intensive procedures comes at a cost, of course, which exceeds that of normal concrete many times over. In that sense, facades or fitments made of this material are not only a small sensory wonder but also definitely a status symbol. Since the translucent concrete also possesses the stability of high-strength concretes it is also more powerful than normal concrete. 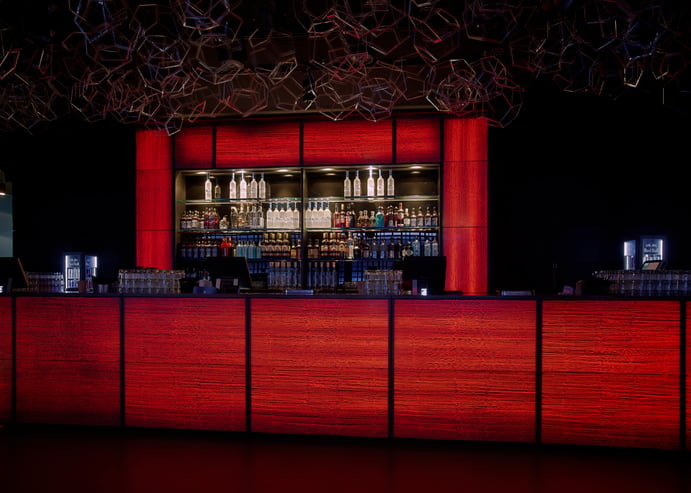 As is to be expected, the building material with the visually light appearance is found in particular where the money flows easily and prestige commands a certain grandeur. Translucent concrete frequently adorns banks or luxury hotels. Here, it replaces sophisticated marble surfaces or precious wood and even gets noticed by the most inattentive visitors. 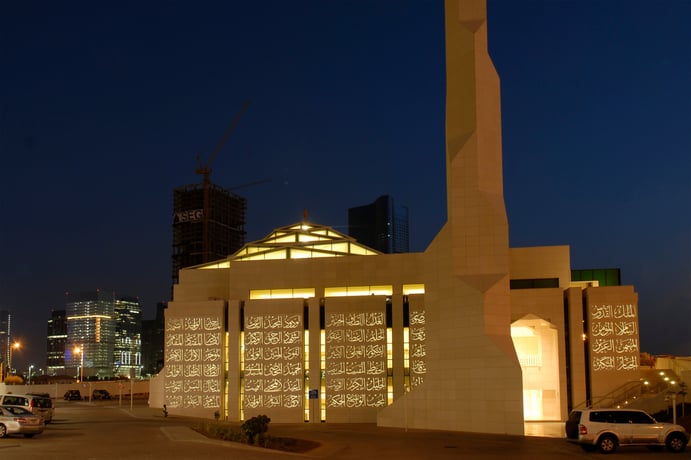 Sacred buildings too have also recently discovered the wonderful effect of the translucent material for themselves: the Al Aziz Mosque in Abu Dhabi completed in 2015 was provided with a unique translucent facade by LUCEM – a market leader in all things translucent concrete. Thanks to a rear LED light, reliefs of the 99 names of Allah shine in this structure in the evening as though pervaded by an inner light and show the faithful the way in two different aspects.

Previous post: Zaha Hadid - Queen of the curve
Next post: The significance of Brexit for BIM in Europe