In New York, the higher a building, the more profitable it is. However, what stands in the way are New York's zoning laws, which regulate how large the gross area may be in relation to the plot area. At least in theory. In practice, this can be somewhat tricky. The New York architectural firm oiio is now leading this state to absurdity by throwing out the question: What if you bent the building itself instead of the building regulations? What if you replaced height with length? This scenario plays out in a draft called "The Big Bend." 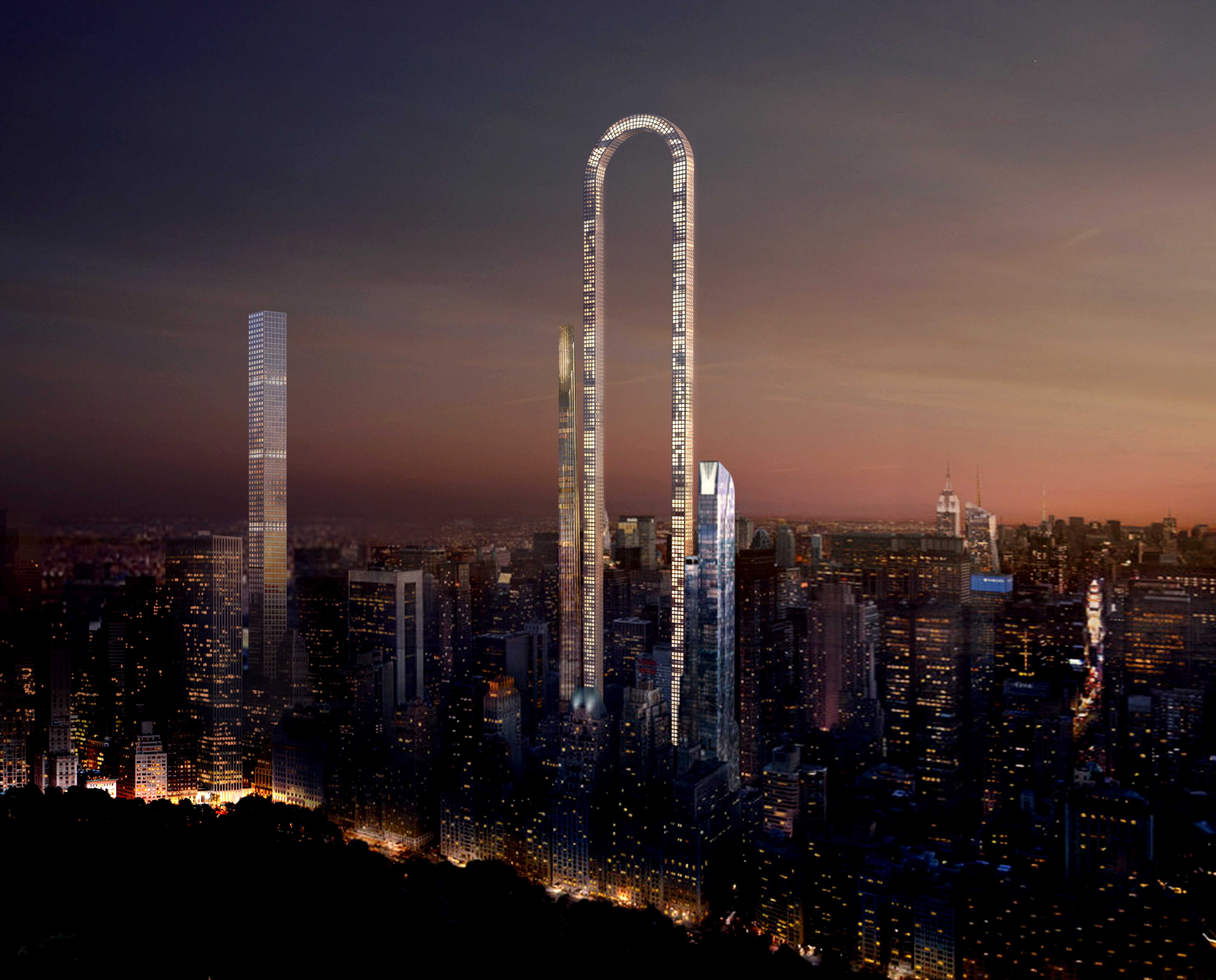 The theoretical starting point for The Big Bend is the developments around New York's 57th Street. This is where a maddening structural "stacking" took its course with the slender super skyscraper One57, which culminated in an average price for apartments in the first quarter of 2016 that was 625 percent higher than at the completion of the tower in 2014.

The reason for this price explosion was the emergence of a number of other prestigious super towers modeled after One57. With all of these buildings, such as 432 Park Avenue, 111 West 57th Street or 220 Central Park South (the last two are still under construction), various tricks were utilized within the context of zoning laws to achieve tremendous heights between just under 300 meters and 440 meters.

See from the customer's point of view how Allplan Architecture was used in different challenging customer projects and contributed tremendously to their success.

For one thing, the towers are extremely slender. According to the building code, a certain ratio must not be exceeded between the gross area and the plot area (FAR: floor area ratio). That means that the slimmer the building is, the higher it can be built. In addition to this, another "growth means" was utilized: air rights trading. In New York, as a client you can buy the air rights of adjacent plots that have not fully utilized their space. For example, with his Trump World Tower Donald Trump purchased the air rights of seven lower-built adjacent properties in order to achieve the desired height.

Absurd? Yes. But this is perhaps not yet absurd enough, because this is where The Big Bend comes into play. Instead of ending in the sky like normal skyscrapers, this would curve at the top at over 500 meters height and return back to the ground. The result would be a 4,000 foot (1,219.2 meter) building – the longest in the world. 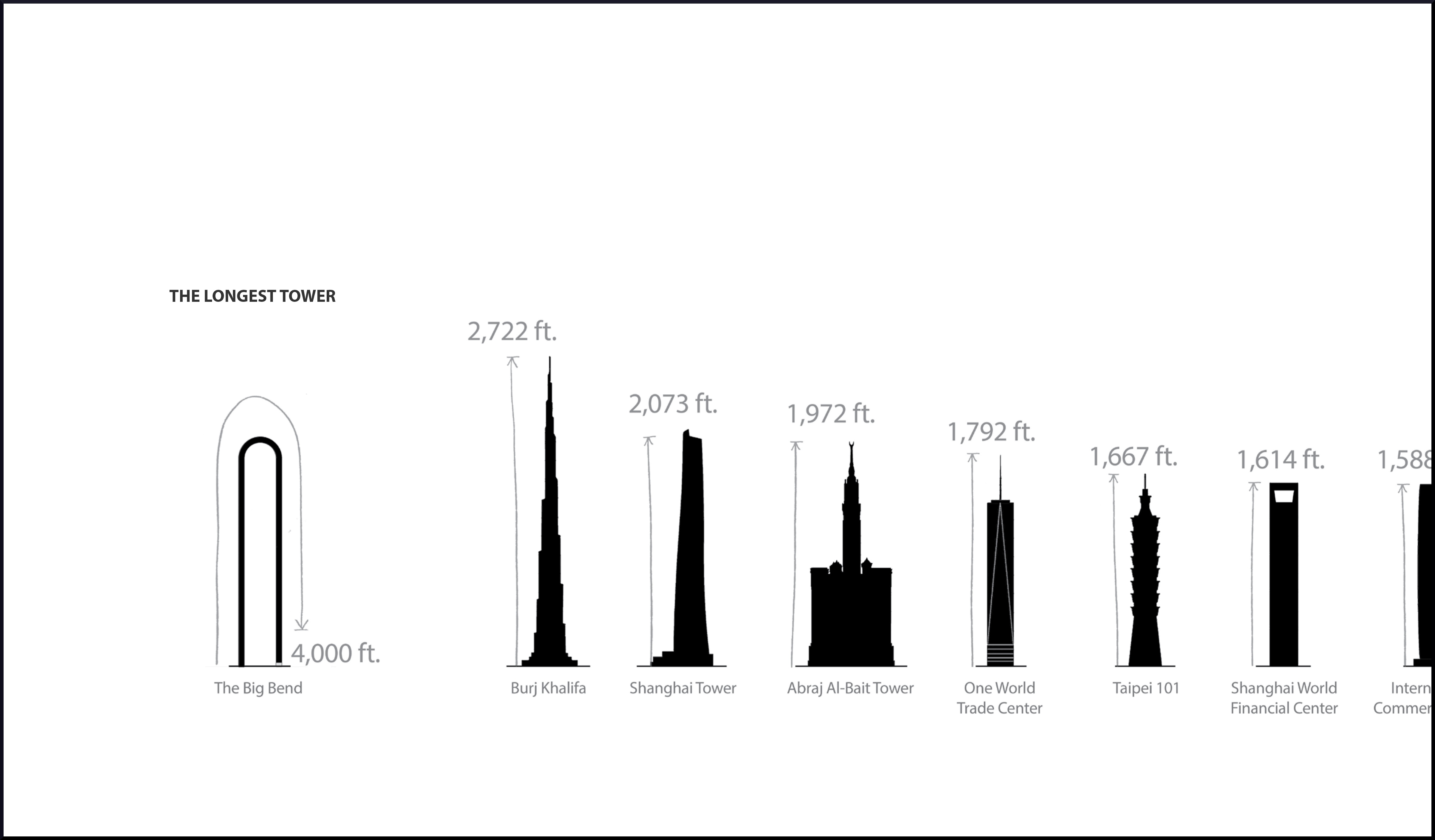 The inspiration for the idiosyncratic draft came from architect Ioannis Oikonomou when he learned of a new type of elevator system that can not only send elevators vertically, but also horizontally through a building. This is developed by thyssenkrupp under the name "MULTI". This is indeed a revolutionary invention, which could be a turning point in building development. In MULTI, elevators are moved magnetically so that no cable is required. Due to the cable's weight, this was previously one of the biggest challenges for extremely high structures. In addition, several elevators can move through the building simultaneously in this system like in a small local metro.

Although it would be technically possible, The Big Bend will likely never be built. This is probably also the idea of oiio, because the curious draft does not really seem to be serious. Instead, it is a satire that criticizes the purely profit-oriented trend towards giant slender towers. 57th Street is also called "Billionaires‘ Row" for a reason. Apartments here are reaching prices that sometimes can only be afforded by billionaires or multi-billionaires. It's an absurd situation, because while for the super rich it is only another investment, there are nearly 63,000 homeless people in New York (as of November 2016). 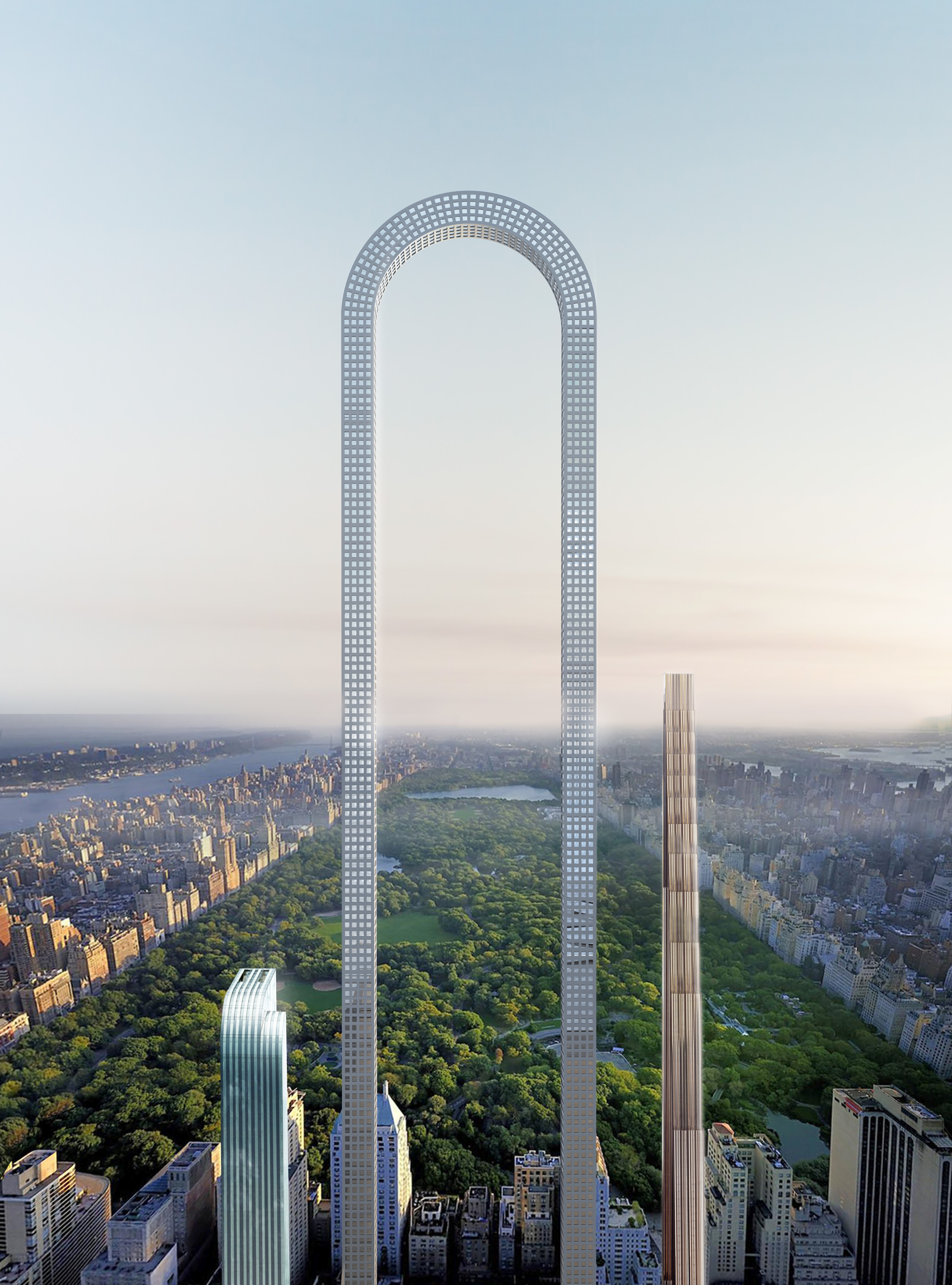 Oiio impressively illustrates this failure with a diagram. It shows a lonely armchair with a side table in front of a huge window in the middle of a large room in The Big Bend. Under it are the words: "It's quiet because nobody is here. The square feet are not for living - they are there for investing." 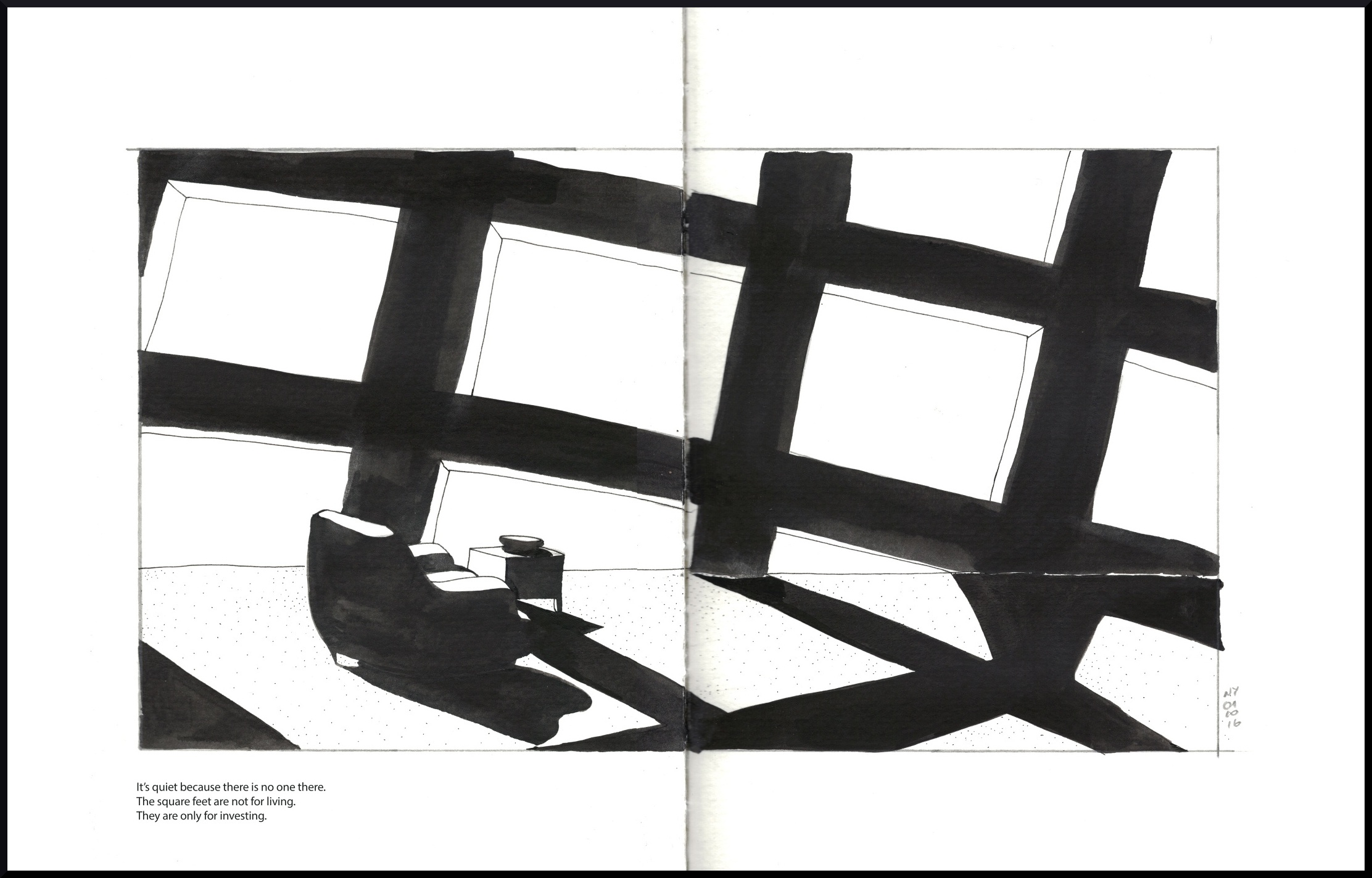