Thoroughfares through vast underwater tunnels, skyscrapers with more than 1,000 storeys, flying cars and greened facades - sounds like science fiction? It is - for the moment at least. Scientists at BTU Cottbus have carried out research to what extent these partly utopian scenarios can help city planners to build innovative architecture. For the challenges of the 21st century will radically and permanently transform the urban landscape. 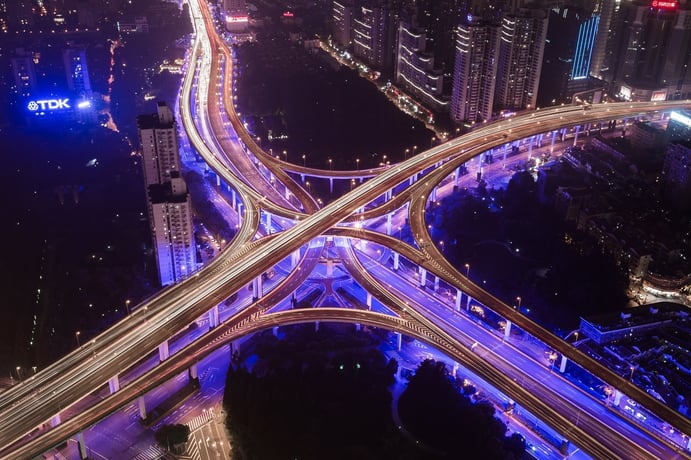 Urban planning and architecture in science fiction - a look sideways

An interdisciplinary research team at Brandenburg University of Technology Cottbus-Senftenberg has been dealing with the question of what and how city planners can learn from science fiction. On behalf of The Federal Institute for Research on Building, Urban Affairs and Spatial Development (BBSR) the scientists analyzed 53 works from the fields of literature, comics, visual arts and computer games which had originated since the 1970s. Architectural works of fiction have been around for centuries. At the time of their creation they were not only a kind of design of the future but always also a criticism of the present.

Science fiction dares a sideways look, according to the results of a study. It poses the question: “What would happen if ...?” The artists, illustrators or producers deal with realistic topics and bring thoughts to a radical conclusion. This includes scarcity of resources, overpopulation, climate change, gridlock, the power of individual corporations and digitally monitored, totalitarian forms of government.

The film  “Cloud Atlas” (2012) takes place in, amongst others, Neo Seoul in the year 2144. Because of a rise in sea level immense skyscrapers extend upwards. Traffic has become so rampant that the cars drive through underwater tunnels and on fluorescent overhead tracks.

A skyscraper with an unconventional building geometry:
Limmat Tower in Dietikon (Switzerland).

An art exhibition in 1973 in Hamburg dealt with the theme of air pollution: “Green lung, artificial respiratory organ for urban dwellers”. It showed the fiction of a world in which all nature has gone. The breathable air is prepared chemically and contains certain flavouring agents to give people the impression of fresh, natural air. This topic remains a major challenge today for which solutions need to be found. Regular smog alarms in Stuttgart, Paris or Beijing are evidence of this.

By the year 2100, 70 percent of the world's population will live in cities. Science fiction presents several models of how an urban future can look. This includes domed cities, flying cities, subterranean cities or sprawls which evolve into megacities. This genre deals with topics which are already relevant today. It overcomes conceptual barriers and can serve as a warning signal to city planners.

In science fiction extreme urban developments are explored. In their pieces artists work through conflicts between poor and rich, government supporters and oppositionists, locals and strangers. Rethinking helps city planners identify the possible consequences of these conflicts early and derive corresponding action plans for real cities.

Some of these fictions have already become reality such as the Gated Communities behind which the rich barricade themselves. They exist in Johannesburg, Moscow, Potsdam and Düsseldorf. Furthermore, visionary architects now already concern themselves with the city of the future. This is apparent in Masdar City in Abu Dhabi, which is set to become the world’s first carbon dioxide free and waste-free city in the world, or Arcosanti in Arizona where architecture and ecology form a symbiotic relationship.

According to the BBSR study, two central issues found in science fiction do not yet feature sufficiently in urban development: the boundaries of humanism and the technological nature of the living environment. In the former case, this concerns, on the one hand, the biological limits of the human body and the limits of the system of values, on the other. The second theme covers for example the smart city discourse. City planners and local politicians face the challenge of creating urban landscapes in which people feel comfortable, which are socially acceptable and provide a future on all levels.