The lines between architecture and the visual arts are often blurred. The big difference appears to lie in the functionality that distinguishes architecture from pure works of art. However, art is already created long before the functions of a finished structure can be utilized. In the design phase in which the creative portion of building is most pronounced, structures take the form of diagrams and drawings. And even before the groundbreaking ceremony, structures are often given life in an almost picturesque way: as renderings.

Artistic renderings or visualizations are mainly used for the "marketing" of projects where they are increasingly considered to be part of good etiquette. They illustrate to clients where the journey will go, they convince juries in competitions and are also part of the public relations work of architectural firms. Like any successful image, a well-staged rendering can make a difference among the visually indulged viewers of our time. That is why even some of the largest and most well-known firms have their drafts portrayed by external "masters" of the art of visualization.

MIR: the Renderer of the Big Ones

Zaha Hadid Architects is a great example of this practice. Their spectacular drafts are always presented in the form of great renderings, which frequently come from the Norwegian creative studio MIR. In their own words, the office based in Bergen specializes in "portraying" unfinished architecture. The employees of MIR do this so skillfully that the properties of the unbuilt sometimes do not stand out at all. In addition to "portraying," the job section on the MIR website also shows that the office clearly has an artistic claim. Here you can either apply as an artist or a "Padawan" (presumably trainee or intern). 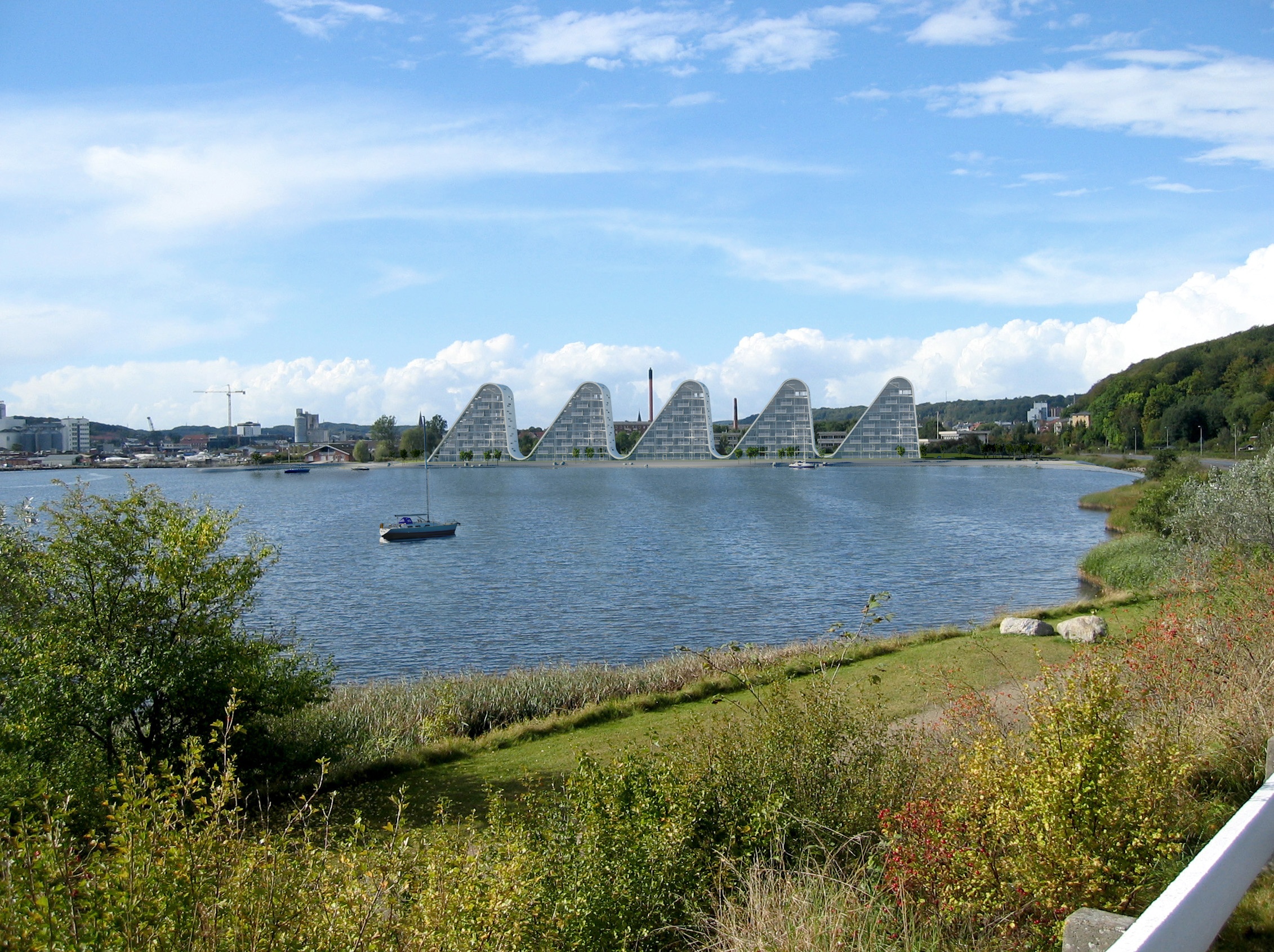 Henning Larsen Architects is another major architectural firm that repeatedly attracts attention to its drafts with impressive renderings. Here too the renderings created on the computer can sometimes hardly be distinguished from a photograph of the built reality. One illustrative example of this is The Wave in Vejle, Denmark. It's all in the name with this project: The Wave is a residential building consisting of several wave-shaped volumes that merge into each other. Curiously, the renderings show five waves. However the built end result only has two waves. When comparing photographs and renderings that show the building from a distance, the unaware person can hardly say which one reflects reality.

Images Go Around the World

The Czech architectural firm ATELIER 8000 is certainly far less known internationally than the colleagues mentioned above. However, they provided for a global sensation in the trade press in 2014 with spectacular renderings. They were part of a draft that the office used to participate in a competition for a mixed-use building for travelers in the Slovakian High Tatras. They show a cube lying on the edge as if it had fallen from the sky into the breathtaking natural landscape. Atelier 8000 did not win the competition, but the images of its draft are unforgettable.

In this respect, non-built drafts can also be important as long as they are preserved as rendered works of art of the world. Sometimes it may even be best to only have a few images instead of the structure.