As the highest building in Munich, the HVB Tower set the standard for a long time. It is once again leading the way as a good example. Since 2013, the tower has been comprehensively energetically reconstructed after a design by HENN for around EUR 250 million. While the entire reconstruction will not be done until 2019, the first building phase was already completed last year. This included replacing the floors of the actual high-rise, including the entry area and the conference area in the so-called "low building south." 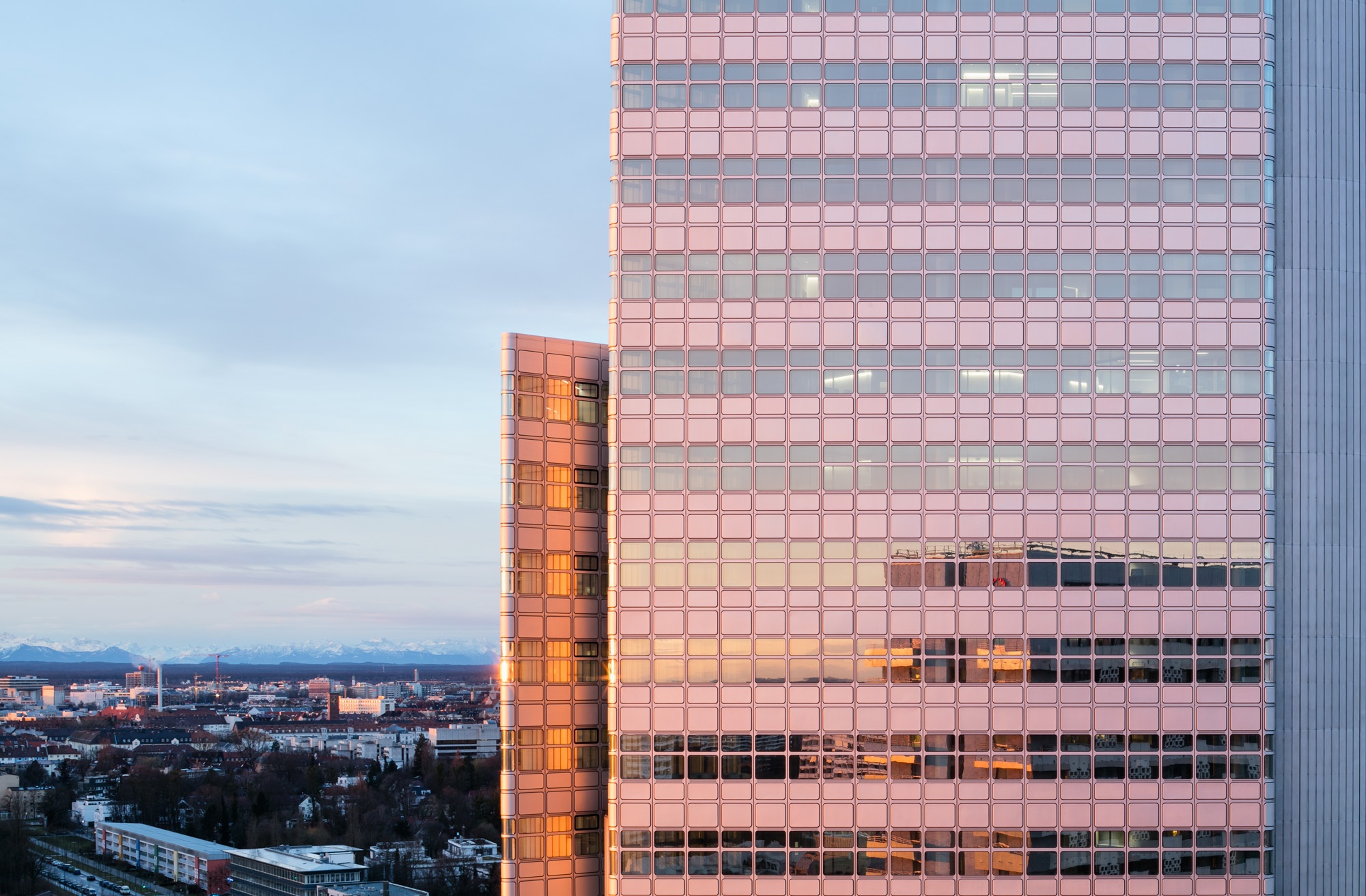 The HVB Tower was planned in the 1970s by Betz Architekten and finished in 1981. At the time, it was the first building in Munich to exceed the "magic" 99 meter mark at nearly 114 meters. In 2006, it was listed as a historical monument. Since the interior was no longer in its original state by then due to various modifications, it was completely redesigned in the course of the energetic reconstruction. It was completely different with the exterior. Here a single-shell facade was to be replaced by a twin-shell elemental facade that builds inwards without visibly changing the face of the tower. 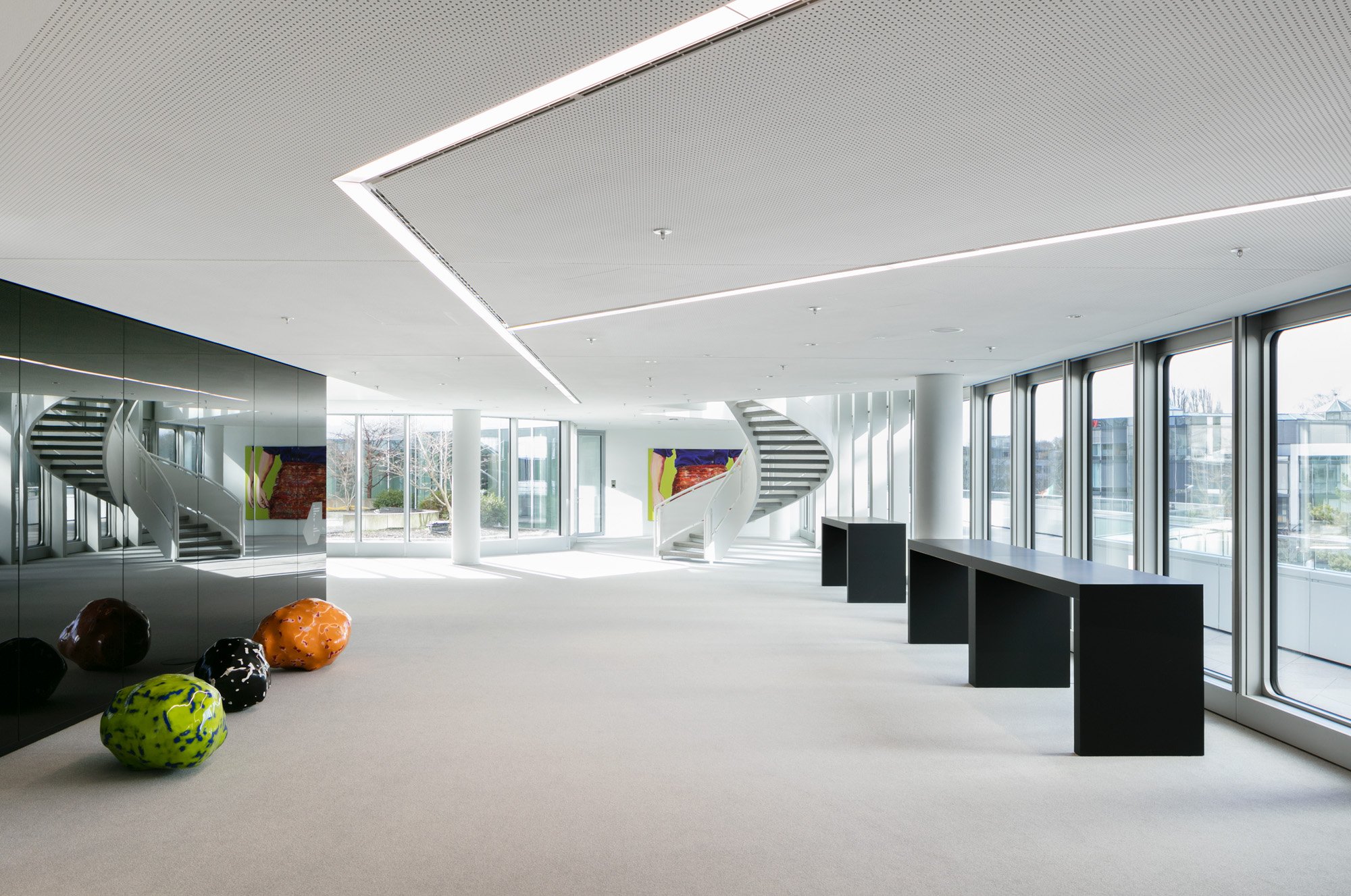 The new inner shell is composed of an acoustically effective balustrade panel and tilt casement windows with dual-pane glazing. Thanks to this newly installed technology, the inner casement windows can be individually tilted and closed. Alternatively, a central control system controls the opening and closing of the windows. The original aluminum balustrade panels were removed from the building, cleaned and provided with shading as well as over two million air holes so that the building can breathe despite perfect insulation. In total, 6,000 of the original facade elements could be reused. 2,500 additional panels were replaced and recycled. Over 90 percent of the building scrap and building site waste could also be recycled.

ABW at the HVB

While everything remains looking old on the outside (the ventilation holes are invisible from afar), the interior has a whole new garb. The building "low building south," over which the tower is located, now has a dramatic foyer that unfurls sculpturally over three stories in polygonal areas. Matte white mineral material surfaces form a recurring material motif here. 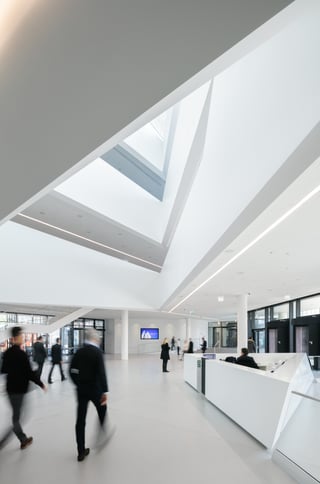 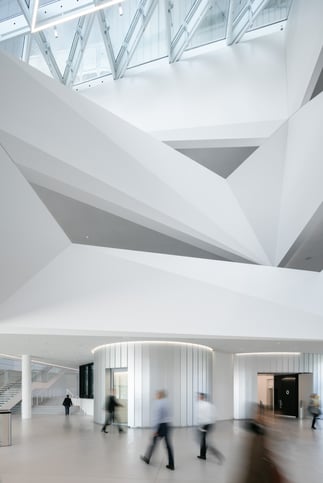 But the redesign of the interior not only means a conversion to a contemporary aesthetic. It also affects the working concept itself. The new offices are designed entirely in the sense of activity based working. Set seats are largely done away with. Instead, employees can decide for themselves based on the current activity whether they will use traditional computer work stations, telephone corners, business lounges or meeting islands. There is no more paper in this "digitized" working environment. Instead, each employee can access the required data via the ubiquitous W-LAN. In addition, all areas are equipped with modern video conference technology, which saves a lot of business trips and preserves the environment.

Reconstruction is worth it 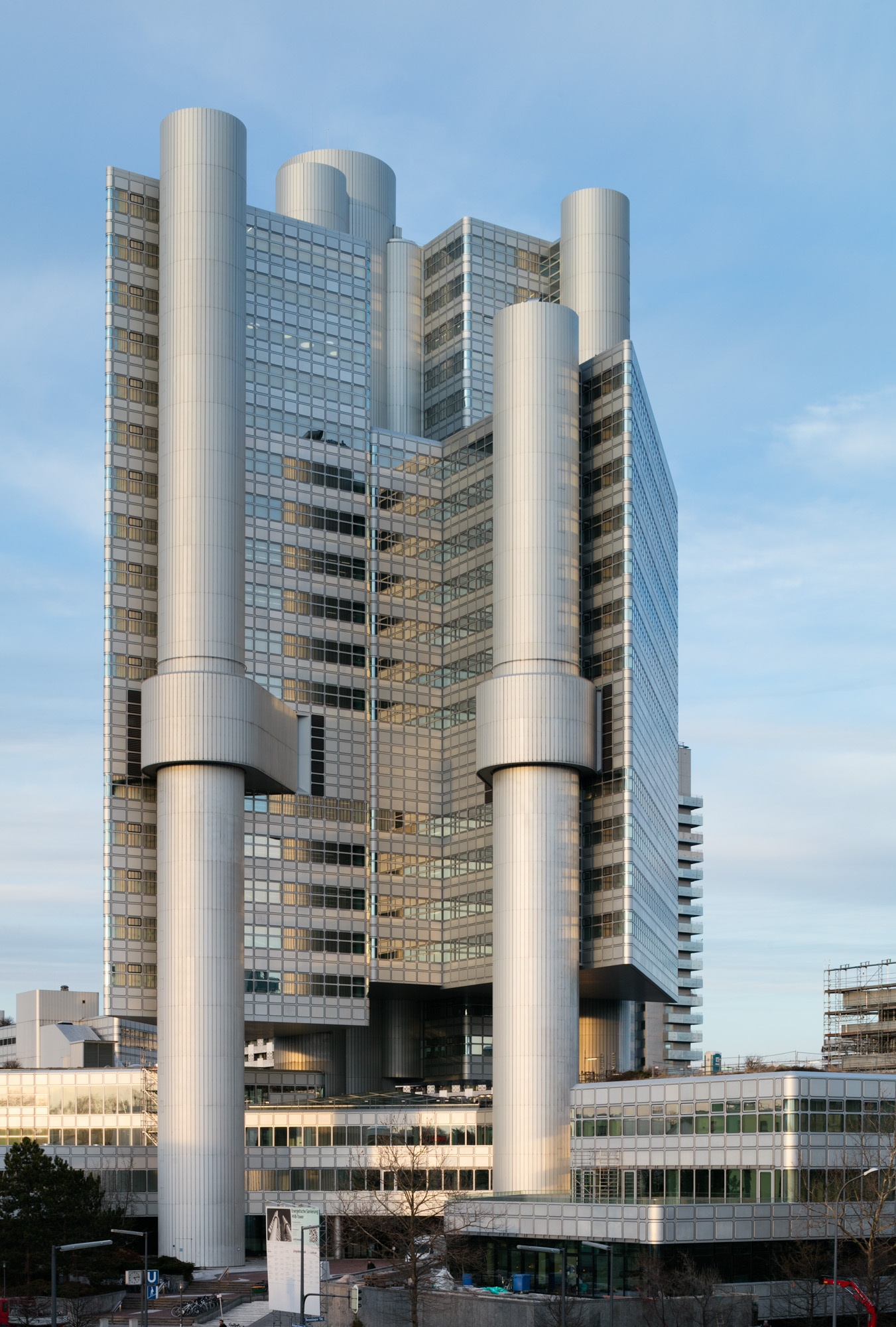 Due to the extensive reconstruction measures, the building is expected to save about 50 percent in heating energy during operation and about 25 percent in electricity. It is a tremendous service for the environment, which has consequently been honored with a platinum LEED certification.