Masdar City - Abu Dhabi: an urban utopia in the desert

In 2008, construction of a model city for sustainability began in the desert of Abu Dhabi. However, the construction of Masdar City, designed by London star architect Sir Norman Foster, came to a halt after just a few years. Originally, the mega project was supposed to be completed this year. So far merely five percent of the building work has been realized. The ambitious goals of the United Arab Emirates could not be realized, amongst other reasons because many investors withdrew during the economic crisis. 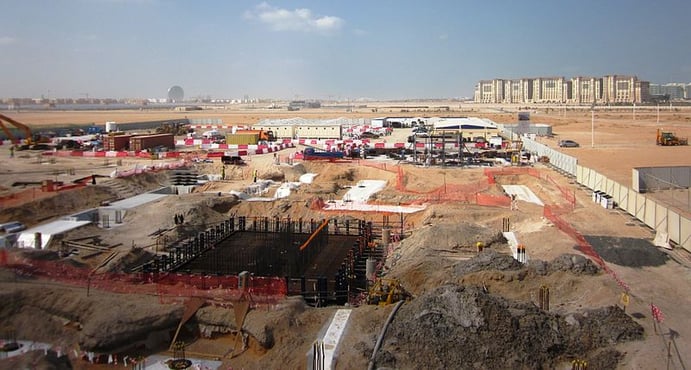 The plans are highly innovative and could constitute a whole lot more than an architectural mirage. Therefore, Masdar's managing director Sultan Ahmed Al Jabar is sticking to his dream of a 50,000-strong sustainability oasis despite the economic crisis. It is set to become a reality by 2030, according to his forecasts. Whether the project totalling a costly 20.3 billion euros is economical remains doubtful however. If successful, Masdar City will be the first city in the world to be carbon dioxide- and waste-free - a centre for science, work and living. No cars, no waste – instead, electromobility and bicycles, energy-saving houses and the world's biggest solar power plant.

The Silicon Valley for renewable energies

The oil state is conscious of the impermanence of its precious raw material and is already backing alternatives. In development of technologies, Abu Dhabi has set itself the target of evolving into the Silicon Valley for renewable energies and climate protection.

The world’s largest solar power plant already exists on a small scale: as part of the Masdar Clean Energy Project a photovoltaic system covering more than 22 hectare, generating annually around 17,500 MWh of electricity, was created. This makes Masdar City the biggest supplier of renewable energies in the Middle East.

To what extent has the planning method BIM really won through in practice? 11 facts about BIM in practice.

On the desert building site 13 buildings have been erected to date, including also a university specializing in renewable energies. They all stand close to one another and can provide each other with shade. The compact development also keeps routes short and ensures better concentration of the energy. Upon completion the eco-city covering six square metres is also set to be surrounded by a city wall, in front of which visitors and residents park their bicycles in order to switch over to driverless electric vehicles. In addition, an electric mono-rail takes commuters to their work via a subterranean tunnel system. Today the transport network merely includes two stops for demonstration purposes.

Despite the theoretically promising first signs, experts are sceptical whether Masdar City can function beyond the drawing board. Energy efficient structures need to be created first which can also be used for people with low incomes so that the eco-city is also filled with life at the weekend too. At present, Masdar City is geared towards commuters who do business here and then get into a plane to head back home. This contradicts the aim of an emission-free city and makes a nonsense of the concept. Nonetheless, Masdar City serves as an inspirational example, which, on a rudimental level at least, shows how high technology and research ensure more sustainability. Whether the ambitious project will ever be realized remains to be seen.