Machines make life easier. Above all, they relieve us of all kinds of tiresome work. Since the invention of the computer, machines have been taking on increasingly more complex work from people. This means that computers solve calculations that would require an incredible amount of additional time, even for the smartest brains, in no time at all. The statistical calculations for increasingly complex building designs would be practically unthinkable without the use of computers. Nowadays this “calculation aid” has progressed so far that computers can “design” shapes themselves. All that you need is the right algorithm.

“Form follows function.” – That was true once. If you let a computer “do its own thing”, the form results from the different requirements that it is fed. These parameters can be all kinds of things, such as purely aesthetic conditions that go beyond simple functionality. With the right algorithm, the most diverse requirements for a building can be gathered together. From this, the computer calculates possible shapes which meet all the specifications entered. Every new parameter thus influences the overall design.

The method of such algorithmic or “parametric” designing has been well known as the flagship approach of Zaha Hadid Architects for some time. It forms the methodological basis for Patrick Schumacher’s philosophical-ideological reflections on an architecturual avant-garde which he calls “parametricism”. The head of ZHA regards algorithms as being a means of allowing cities to grow in a sort of “natural” way, in contrast to a chaotic concentration in which individual buildings exist next to each other without any apparent relationship. In nature, everything follows laws which respond to one another. That is why Schumacher’s vision of architecture is “to develop (…) things via algorithms which visually open up like a natural environment”.

Perfect design for aesthetics and acoustics: The Elbphilharmonie

ZHA is by no means the only major architectural firm that makes use of the “power of algorithms”. Herzog & De Meuron, for example, have produced architectural wonders that never would have seen the light of day without algorithms. One of these is the Elbphilharmonie in Hamburg. The interior paneling of the Grand Hall is made up of 10,000 different gypsum fiber panels which in turn are composed of a total of one million individual cells. The forms were the result of two parameters: One was the wave shape of the roof, which was to continue in the hall itself, and the other was to create perfect acoustics. 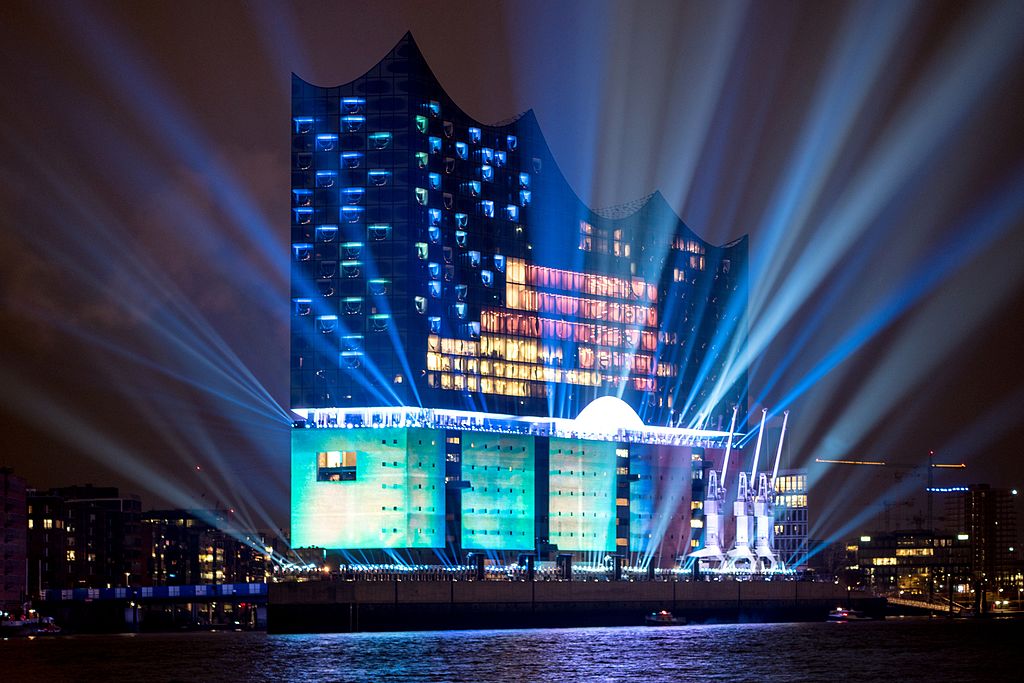 In addition to such complex calculations which could hardly be made by hand, algorithmic designing for future construction holds additional major potential. As part of the increasing proportion of digitalization and automation, calculated data could, for example, be transferred directly to a 3D printer or other machine which could then swiftly produce the appropriate components. The gypsum panels in the Elbphilharmonie were also produced in this way using a robot milling machine. Automation could accelerate, simplify and avoid errors in the construction process to a huge degree, particularly in conjunction with the transparency of an Open BIM.

For architects, however, it raises the awkward question as to whether they would be replaced by creative computer programs over time. Patrick Schumacher takes a relaxed view of this, seeing it as a kind of division of work that has always existed in architectural firms. Whether it is between him and another person or between him and a computer is irrelevant. Frank Petzold, professor for architectural informatics at the Technical University of Munich, similarly thinks that an algorithm does not mean architects are redundant but is merely a further tool. The creativity is in the determination of the parameters and in selecting the decisive design from the various drafts given by the computer.

Previous post: Technical Interoperability between BIM Tools thanks to the BIM Integration Framework
Next post: Independent and self-supporting: Life in self-sufficient villages