150 years of Frank Lloyd Wright: About an idiosyncratic genius

He hated New York City and bestowed upon the city one of its most famous buildings: the Guggenheim Museum. He loved nature and built the "Fallingwater House," the legendary house on the waterfall. On June 08 2017, Frank Lloyd Wright's birthday was celebrated for the 150th time. Many famous architects are headstrong, but Wright outperformed them in many ways. We will provide you with an insight into the life and work of an individualist. 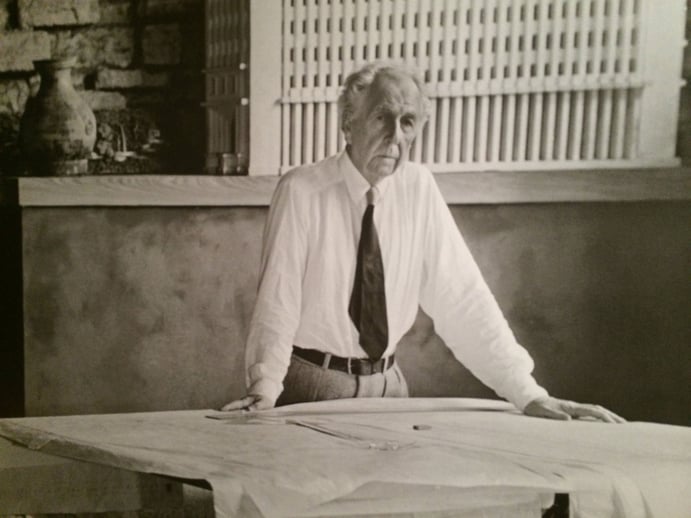 The Beginnings of Frank Lloyd Wright

Frank Lloyd Wright sees the light of day for the first time in rural Wisconsin in the northern United States on June 8, 1867. In 1885, he begins studying mechanical engineering at the University of Wisconsin, which he stops after two years. He goes to Chicago to work at the architectural firm of Joseph Lyman Silsbee. From there, a short time later he moves to Dankmar Adler and Louis Sullivan, the co-founders of Chicago School. As the most famous disciple of the "prophet of modern architecture," he now interprets his principle of "form follows function" in his own work - in his very own unique way.

See how Allplan Architecture was used in different challenging customer projects and contributed tremendously to their success. 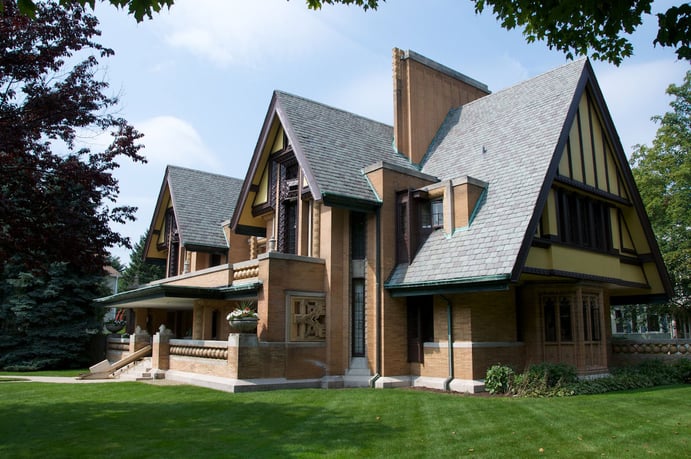 In 1893 there is a break with the great teacher and Wright founds his own firm. In the following 15 years he builds about 50 "Prairie Houses:" Neat single-family homes with distinctive lines, combinations of flat and hipped roofs and far-overhanging eaves. Wright works with open plans and also designs the furniture for the different models. The combination of organic shapes and geometric elements becomes his trademark. With his "Prairie Houses" he not only builds antitheses to the widespread architecture of Neoclassicism. He also gives his deep bond with nature an architectural form – and builds his American dream: small family farms in rural structures. 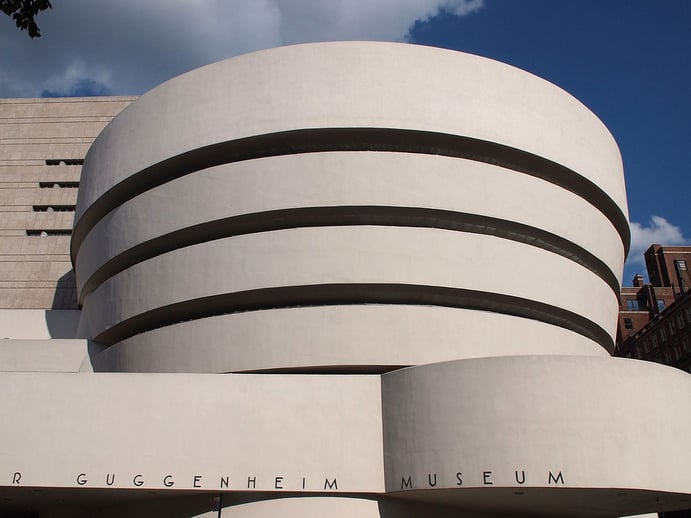 Although he learns from the "father of skyscrapers" in Chicago, Frank Lloyd Wright hates big cities his whole life – and he hates New York City the most. Colleagues rave about the architectural possibilities in the Big Apple. For Wright, the city in the Hudson Bay is a "malignant growth:" without a plan, without an idea, a monument to the power of money and greed. Wright is already 76 years old when he build in New York City for the first time. In 1943, he creates a structure that becomes one of the landmarks of the city: the Guggenheim Museum. One New York Wright project that only exists on construction plans is "The Mile High Illinois:" a 1-mile high skyscraper needle made of steel, glass and concrete meant to accommodate 100,000 people. Had it every been realized, the highest buildings in the world today would look modest. 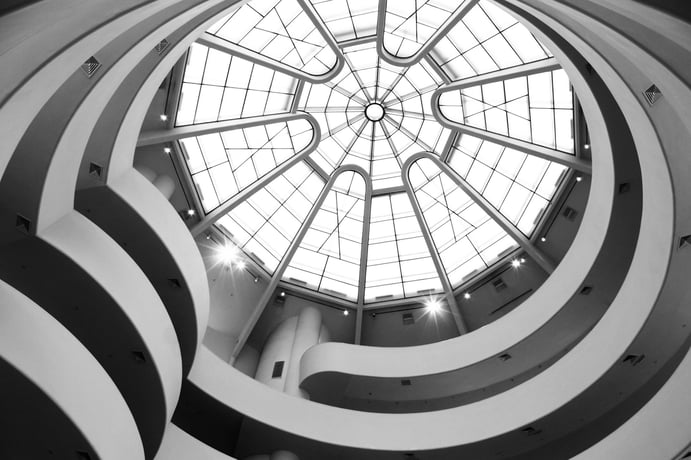 Before his death, Frank Lloyd Wright realizes more than five hundred projects and molds his very own understanding of the job of an architect: "Every great architect is – necessarily – a great poet." most famous and likely most personal work, the Fallingwater House, was designed when he was 72 years old. The summer residence, which he builds for the Kaufmann family in the woods southeast of Pittsburgh, is to be built opposite Bear Falls according to the client's original wishes. The architect simply defies this: He doesn't just want the residents to look at the waterfall, but rather to live with it. The Fallingwater House is not just located in nature, it is part of it – thus following the principle of architecture as poetry.

Frank Lloyd Wright turns 90 years old. He remains faithful to his second claim until his death in 1959: A great architect must be a great, original interpreter of his or her time. This undoubtedly makes him one of the most important architects of all time.

Previous post: Finnish Architecture: When tradition and function meet
Next post: 10 reasons why IFC is the central key to successful BIM planning