How sustainable is energy efficiency?

Energy efficiency and sustainability are trendy (and hopefully sustainable). It ranges from individual consumers to legislation. At first glance, both topics seem to be closely interwoven, even pursuing one and the same goal: namely to preserve the environment, climate and resources. But first impressions can be deceiving. Not all measures for efficient energy use also have a good environmental balance. And then of course it is still up to consumers themselves to decide how sustainably they ultimately use efficiently used energy. 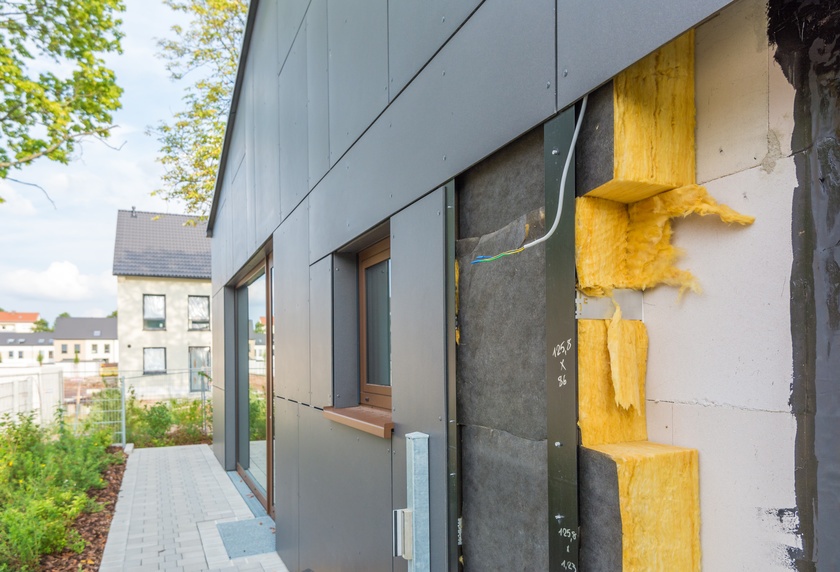 
Eco balance is based on criteria such as the type of raw materials, the energy used for production, transport, storage, etc., the resulting emissions, recyclability and the toxicity for humans and the environment. The fact that the highest energy efficiency does not necessarily have a positive effect on all of these aspects is easy to understand, especially in the construction industry. In Germany, for example, all new buildings starting in 2021 must meet the lowest energy home standard. It doesn't get more energy efficient than that. The mere construction of a new home alone requires so much energy that it will only pay for itself within decades if all of the operating energy were completely saved.

Accordingly, homes of the future will be increasingly measured by the "gray energy" they contain. Various factors decide how high this is. For example, the construction method is crucial for deciding how much energy is used during the construction itself. A prefabricated house in wood panel design, for example, requires much less energy than a brick house. The type of materials – how they are manufactured and where they come from – also has a significant impact on the gray energy. If the wood for the prefabricated house mentioned above is imported from distant countries, this has a negative impact on its energy balance.

A majority of the gray energy still comes from fossil fuels and is thus associated with the climate-damaging CO2 emissions. Depending on the material, however, a certain amount of carbon dioxide is also generated by chemical processes during production. For example, even without the energy used in the process, cement production alone is responsible for 5% of all CO2 emissions. This makes concrete a climate sin. However, it's also worth taking a closer look at this. Concrete roofing tiles have a better eco balance than clay tiles.

It is obvious that renewable resources are more sustainable than those that are finite. In addition, any building material that can be largely recycled has a better eco balance. All of the eco balance criteria when taken together can result in tremendous differences between buildings that have one and the same operating energy consumption. The bottom line, however, is that even the most sustainable new building means a major initial investment in energy and resources as well as a high environmental load from CO2 and construction waste. If you compare these values to an energetic reconstruction of existing buildings, the eco balance is clearly in favor of the latter.

According to a study by the Institute for Environmental Economic Research (IÖW), in particular energy-saving measures such as new heating systems and insulation in the building envelope already pay off within a few months or years from an environmental perspective. Both measures together, however, only make sense in older poorly insulated buildings. For newer better-insulated houses, only the retrofitting of the heating makes sense in the eco balance in the short term. By the way, geothermal heat pumps that are largely operated with photovoltaic energy achieve the best values here.

Ultimately, it comes down to the consumer. If customers' primary concern during the energetic reconstruction of their buildings is cost efficiency, they may want to invest in a new gas heating system (high CO2 emissions) and PUR insulation (based on crude oil). Furthermore, energy efficiency with a one-sided focus can lead to a so-called rebound effect on the costs, so that people are more wasteful with energy since they know about the cost efficiency. The greatest environmental stress, however, is when the decision is made to build a new building. This is often unavoidable for many reasons. If an existing building can fulfill the same function though, this is the more sustainable path to take.