Waste is one of the biggest problems with our consumer society. Even construction, which is exempted from the disposable behavior and is actually designed for stability, is not innocent in terms of trash. In fact, the construction industry in Germany produces over 50 percent of all of the waste. This also includes many valuable finite resources. In order to save these lifelines of construction, they would have to be rigorously recycled. Or do perhaps recycled waste products that had nothing to do with construction in their "first life" offer new future perspectives for the industry? 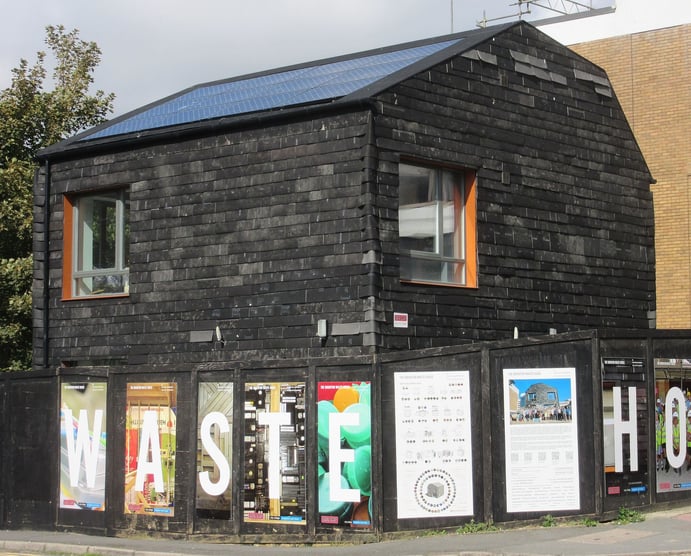 Artistic projects from waste, such as in the form of temporary installations or pavilions, have repeatedly been seen in recent years. However, the focus here is usually the pure thematization of the trash problem instead of specific solutions. However, there are also research projects, such as the Waste House of the University of Brighton. The timber construction made of up to 85-90 percent construction and household waste from 2014 shows what potential waste has for the construction industry. Some companies are already making this potential usable for the market with their products.

StoneCycling: Bricks made from trash

One of them is StoneCycling. The company founded in 2013 by Tom van Soest and Ward Massa based in Amsterdam produces bricks of various colors from waste and construction rubble. Currently the start-up offers 19 products, each of which is produced according to their own secret recipe. The bricks are made up of 60 to 100 percent waste, whereby the 100-percent versions make up the majority. The ingredients are sourced from factories within a radius of 150 km. Due to the short transport distances, the recycling also saves energy to boot. The bricks themselves are anything but trash, but rather comply with the applicable industrial standards. 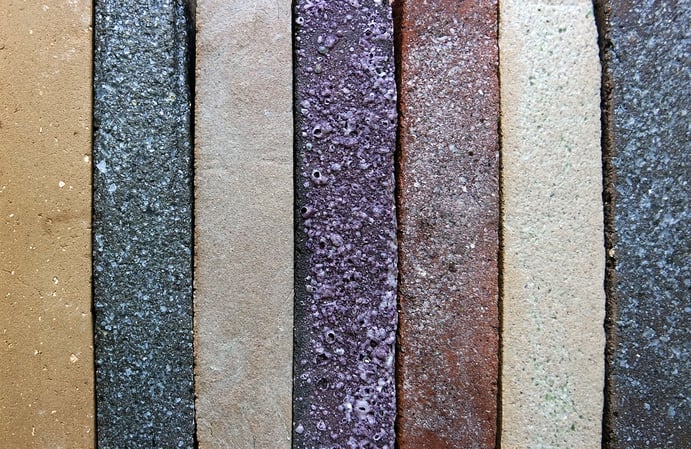 © StoneCycling, Bricks made from trash

Arthur Huang is a true pioneer in terms of construction. The Taiwanese civil engineer and architect has won many innovation and sustainability awards with his company Miniwiz founded in 2005. It's no surprise, as many patents are awarded to these for new upcycling technologies. These bear names such as Polli-Ber™, Natrilon™, Polli-Brick™ or Plyfix™ and are usually based on recycled PET. Polli-Brick™, for example, uses a system made of hexagonal, PET-based modules suitable for the construction of curtain facades or interior construction and only cost and weigh about 1/5 of conventional curtain facades.

Even in the area of insulation there is now a wide range of different solutions that can largely rely on recycled material. For example, cellulose insulation consists of up to 85 percent waste paper. Wood-based cork insulation can also rely on used wine corks. Also very interesting, but far less known is insulating with 'discarded jeans.' The company Bonded Logic based in Phoenix, Arizona sells "UltraTouch™ Denim Insulation", a non-toxic and highly-effective insulation material that is made up of 80 percent recycled cotton fibers.

As this small segment of recycling solutions shows, the potential of recycled materials can already be utilized in a variety of ways today. Unfortunately, it still remains unused all too often. Even the already well-known recycled concrete is still widely rejected in Germany, even though experience from more recycling-friendly Switzerland shows that around 90 percent of the concrete requirements could be covered by RC concretes. The German construction industry still has some catching up to do in terms of sustainable construction. It is an attitude that will change at the latest, however, when primary resources become so scarce and expensive that recycled materials have to be used solely for economic reasons.