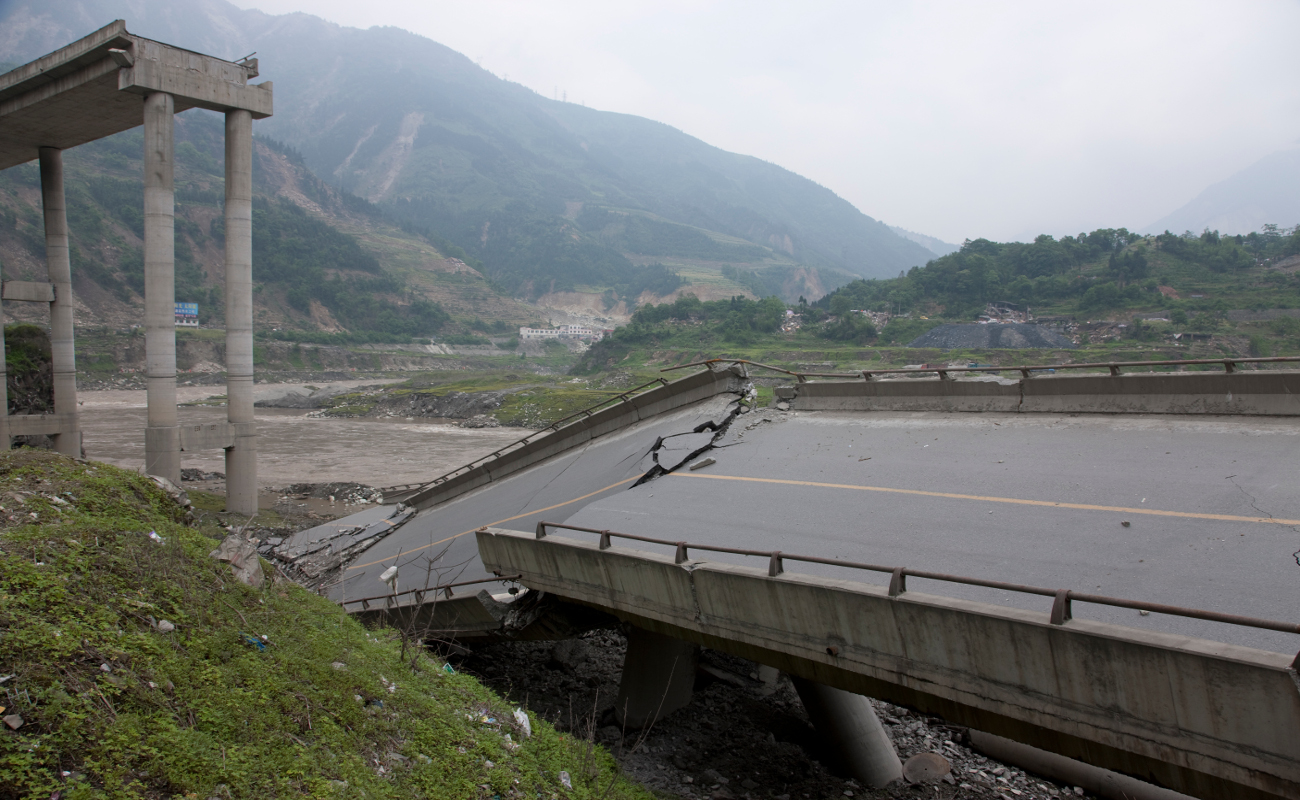 While bridges are designed to deform and even suffer significant damage in cases of natural disasters, researchers in the USA have been studying ways to make bridges more resilient with alternative materials. When a bridge is subject to seismic movement, the energy is dissipated by allowing plastic hinging within the bridge. This plastic hinge creates irreversible damage to the structural elements of the bridge, requiring costly repairs, closures, or even complete replacement. But with new materials, this might be avoided.

One of the materials that can help build better bridges is called shape memory alloys (SMAs). They are a combination of nickel and titanium – though sometimes copper, zinc, aluminum, iron, manganese and silicon are used as well – that can be deformed and then returned to their original shape. While steel reinforcement has some elasticity, it will become permanently deformed if stressed beyond it’s yield point. With the superelastic SMAs however, the reinforcement can return to its original shape even after being subjected to high stresses such as earthquakes.

What is unique about this material is that when it is bent, its internal crystalline structure is deformed. With other elastic materials, the molecules spread apart and pull back together as they are stretched and contracted. SMAs instead switch between the austenite (hard) and martensite (soft and elastic) crystalline states. While not new to industries such as automotive, robotics, and aerospace, SMAs are not typically used in construction – until now. By replacing conventional steel reinforcement with SMAs in the plastic hinge region, bridges can dissipate the energy from a seismic event and then return to their original shape, thereby keeping the bridge operational.

Of course, for a bridge to dissipate energy and return to operational service, the surrounding materials must also be able to handle the stresses and strains placed on them. An engineered concrete was developed to work in conjunction with the SMAs, called engineered cementitious composite (ECC). This “bendable concrete” is a cement-based material similar to concrete, but also incorporates polyvinyl alcohol fibers instead of coarse aggregate. Swapping aggregates for the fibers gives the ECC a tensile strain capacity that is six times higher than concrete.

ECC strain-hardens under uniaxial tension, forming diffused microcracks. This means that salt, water, and other debris cannot penetrate the ECC and cause reinforcement corrosion and concrete cover spalling like with conventional concrete. In some cases, this type of concrete may even be self-healing. For bridges subject to seismic activity, this type of concrete can help reduce the damage to the bridge and the resulting repairs.

Bridges of the Future

When used in bridge columns along with SMA reinforcement, tests by the researchers at the University of Nevada in the USA showed that these materials greatly reduced or eliminated the need for bridge repairs after an earthquake. This year, the Washington State Department of Transport chose to trial them in a new bridge on State Route 99 in Seattle, WA, which opened in February 2019. The aim is that this new bridge will help mitigate any risks to public should any seismic activity occur, without the need for costly repairs and inconvenient road closures. Only time will tell if these materials become the adopted method for building bridges in areas of seismic activity.