Brutalism: Revival of a raw beauty

They are loved and they are hated: The brutalist buildings of the 1960s and 1970s. Sometimes they are explained by the war. Sometimes they are listed as protected historical monuments. Sometimes people tear them down. Now the young, hip Internet community has rediscovered the current spirit of the times in brutalism. The true use of form and materials and the raw concrete have something original, something natural. At the same time, they are radical. There is also the futuristic design of the buildings. It is a combination that excites - in many ways. We will introduce the architectural flow to you.

It should actually be called "brutism," which has nothing to do with the term "brutal" that we all know. "Brutalism" comes from the French "béton brut," or "exposed concrete." Le Corbusier, the co-founder of modernist architecture, coined the term when he discovered the aesthetic fascination of raw concrete as a finishing for his buildings. Le Corbusier kept the imperfections on roughly cast walls from the impressions of wood lining without plastering them or grinding them out. In 1947, Le Corbusier implemented the first of his "Unité d’Habitation," his mega living blocks, in this manner and helped give brutalism a name and fame.

Brutalism is honest, because it builds on the aesthetic of truthfulness: Everything is what it is and nothing is embellished. The building material of brutalism that gives it its style is concrete. However, other materials such as bricks, metal and stone are also used. The architecture critic Reyner Banham defined three criteria for the radical building style in a groundbreaking article in 1955:

The first brutalist construction was the Smithdon High School in Hunstanton, UK in the early 1950s. Brutalism was at its height between 1955 and 1979. Concrete giants were created in major German cities, on North American university campuses, in the administrative districts and banking quarters of Latin America, in Japan, France and the former Soviet Union: Gigantic habitable bunkers, such as Moshe Safdie's Habitat 67 in Montreal and the surrealistic honeycomb structures of the Nakagin Capsule Tower in Tokyo. Intimidating multiplexes, such as the Ihme Center in Hannover Linden-Mitte and the mushroom-like Torre Velasca in Milan. 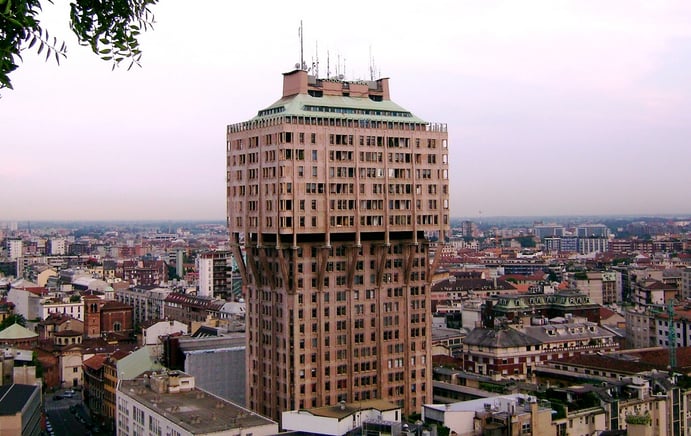 Other typical examples include tourist fortresses such as the Porto Carras hotel complex on the Greek peninsula of Halkidiki, designed by Bauhaus star Walter Gropius. Martial-looking reading rooms, such as the Robarts Library in Toronto and the Geisel Library in San Diego, California. Bulky cultural sites like the Royal National Theater in London and the Badische Staatstheater in Karlsruhe. Or edgy churches like the Wotruba Church in Vienna and the Nevigeser pilgrimage dome in Velbert by Gottfried Böhm. This is just a small selection of expansive examples of an architecture that polarized from the start – and still does today.

As mentioned before, spirits are divided on the concrete-building relics of the last century. The British heir to the throne Prince Charles repeatedly declared war on them. An initiative by the German Architecture Museum (DAM) in Frankfurt and the Wüstenrot Stiftung, however, has launched an international conservation project to rescue the giants. Around 800 buildings can be assigned to brutalism today or are considered its predecessors. Committed architects can use a 'red list' to track which examples are currently being threatened by demolition - and make an objection via the hashtag #SOSBrutalism.

Brutalism meets the zeitgeist today. The Bauhaus style and modern architecture in their raw beauty have been popular photo motifs in social networks for some time now. In addition, thanks to new materials like carbon concrete, concrete construction is currently experiencing a revival. We regularly keep you up to date on these topics in the Allplan blog.

Previous post: Our 5 most clicked blog articles in 2017
Next post: Live Luxuriously in a Frame Construction: The Limmat Tower in Dietikon