Building Information Modeling is that everyone in the construction industry has to deal with sooner or later. They know or at least always hear that at some point there will be no way around BIM. However in many cases there is still uncertainty about what exactly BIM is. This isn't entirely surprising, because not all BIM is the same. Instead the way to "big BIM" is an evolutionary process that occurs in levels. In our miniseries, we will present two well-known level models, which explain what form BIM takes depending on the development level. The first part is the UK Maturity Model. 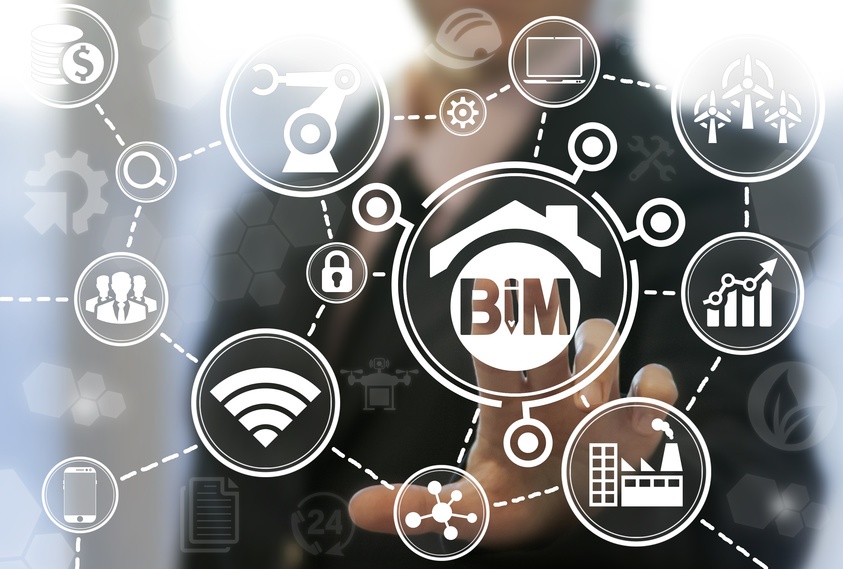 In the recent NBS International BIM Report 2016, the majority of the surveyed specialists from five different countries indicated that they wanted greater clarity from the industry as to what BIM actually is. The problem with this lack of clarity on the one hand is due to the fact that BIM is always referred to as BIM regardless of its development level, even though each higher level has fundamental changes compared to the previous level. On the other hand, there is also not just one single level model that different countries or even the industry in its entirety could use uniformly. Nevertheless, level models are suitable for shining a light into the BIM darkness.

Probably the most well-known level model is the UK Maturity Model, or the Bew-Richards Model (named after its authors), which is also known as "The Wedge" due to its wedge-shaped schematic representation. It was developed by the government-financed UK BIM Task Group in 2008 to advance British government for the nationwide integration of BIM. The individual development levels therefore do not merely represent theoretical milestones in the development of BIM, but rather they also represent the goals defined by legislation, which are to be achieved at certain times. In addition, it is also frequently used by third parties in a specified form – such as in the technical guides of BuildingSmart.

Levels Zero to One

The model describes four levels from zero to three. In detail, these were and have been constantly changed since 2008 and adapted to the current developments in the United Kingdom. The rough core points however remain the same. For example, level zero describes the state before or without BIM. It is characterized by a lack of collaboration between the parties involved in the construction, the use of CAD for 2D drawings as well as by the output and distribution of information in the form of paper or electronic prints.

3D-CAD for conceptual work comes into play at level one. 2D-CAD is still used for the approval documentation and production information. A common data environment (CDE) is already used here to exchange electronic data, whereby no models can be exchanged among the different players. This level is often associated with the term "little bim" coined by Finith Jernigan, even if not in the level model itself.

At level two, the cooperation starts to gain momentum. All parties work on their own 3D models, but they now exchange their information in a joint file format so that each party can compare the shared information with their own model and check it for inconsistencies. Accordingly, the CAD software of each party must be able to export in the common data format (such as IFC).

Level three is the lofty goal that will fundamentally improve the entire building process: full collaboration between all parties involved in a project. All project participants here, no matter where they are, work on a single (always current) model in real-time, which is stored in a centralized location. In this "open BIM", there is no risk of contradictory information. This level is often (but not in this level model) also referred to as "BIG BIM" (after Jernigan).

Criticism and Preview of Part 2

The UK Maturity Model is criticized, among others, by Bilal Succar, who researches BIM at the University of Newcastle Australia. According to him, unlike the name suggests, the level model is not a true maturity model suitable for assessing the performance capability (of people, organizations or teams) in terms of BIM. Rather, it is a competence model and industry guide that stipulates the fulfillment of certain standards. In detail, "The Wedge" is also a country-specific model that is therefore not applicable to the entire industry. We will present a more universal research-based level model in the second part of our series.