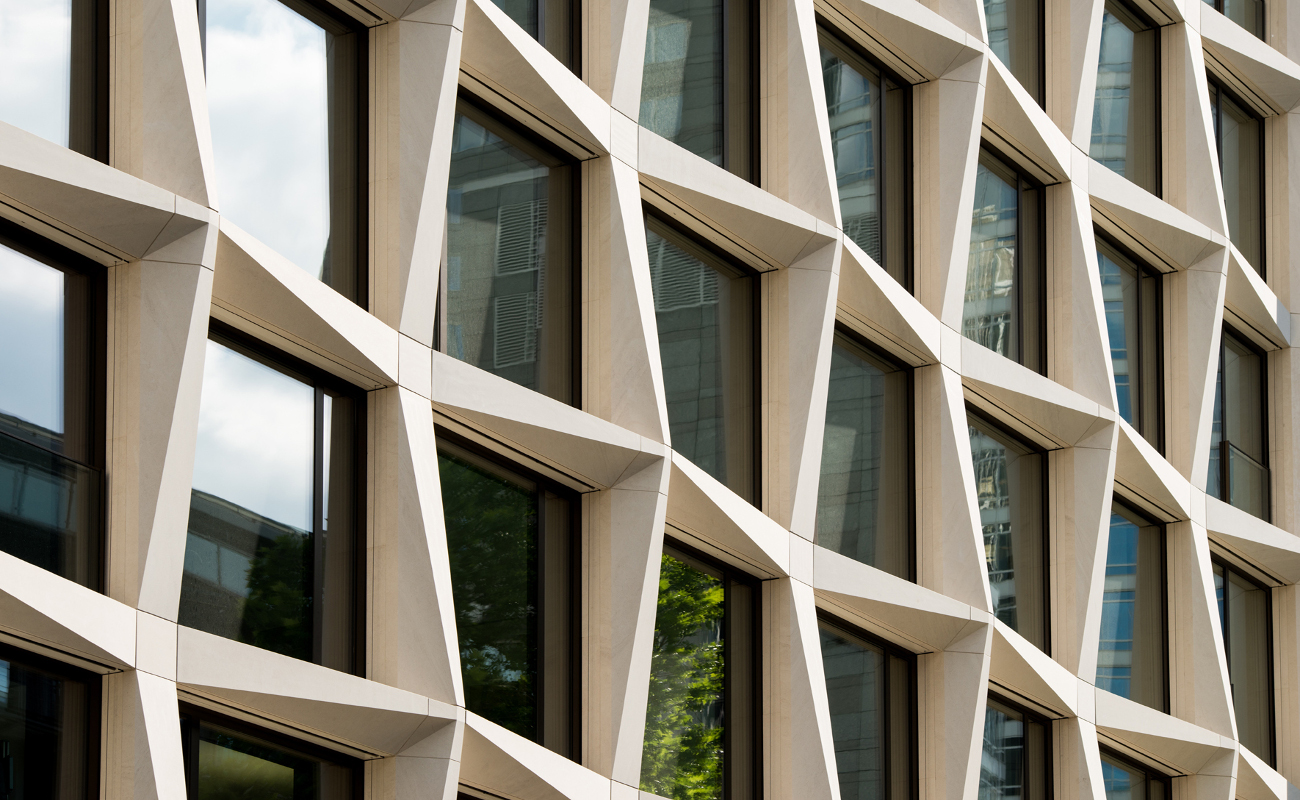 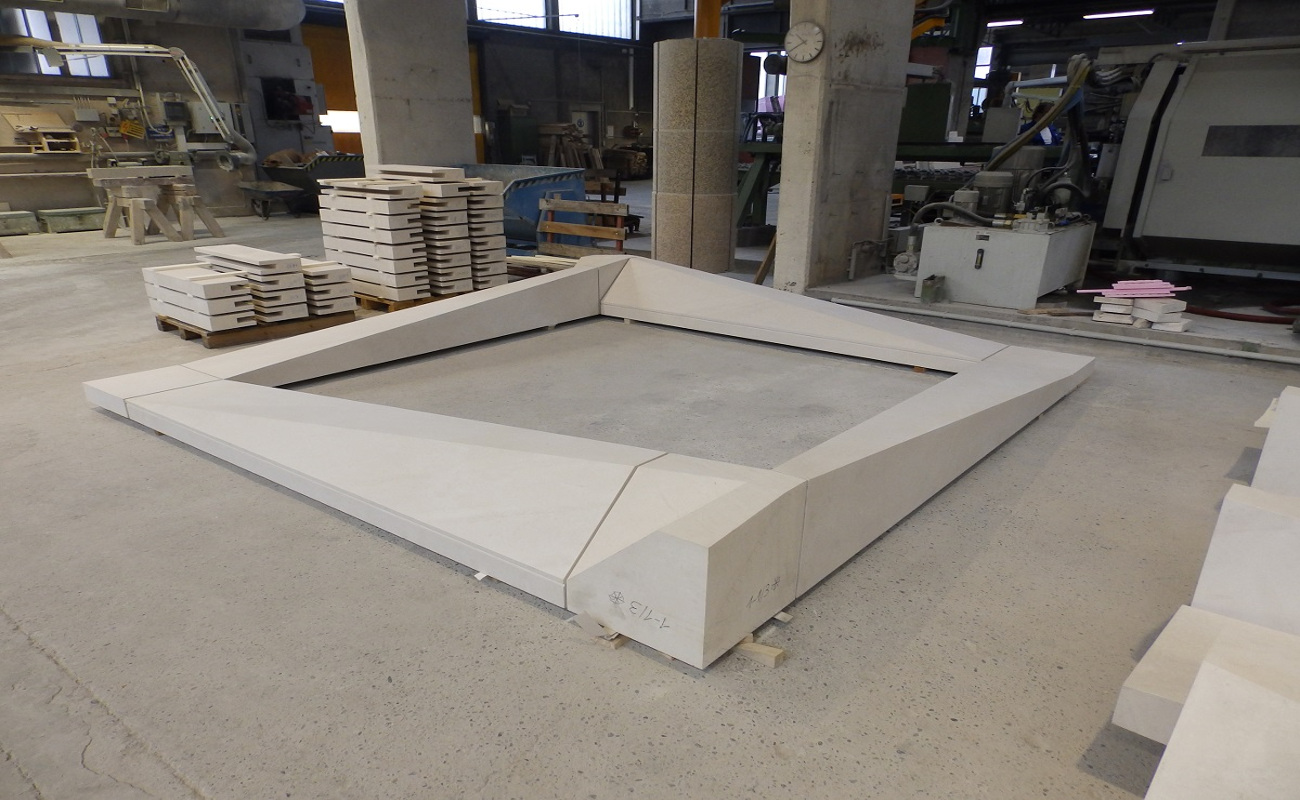 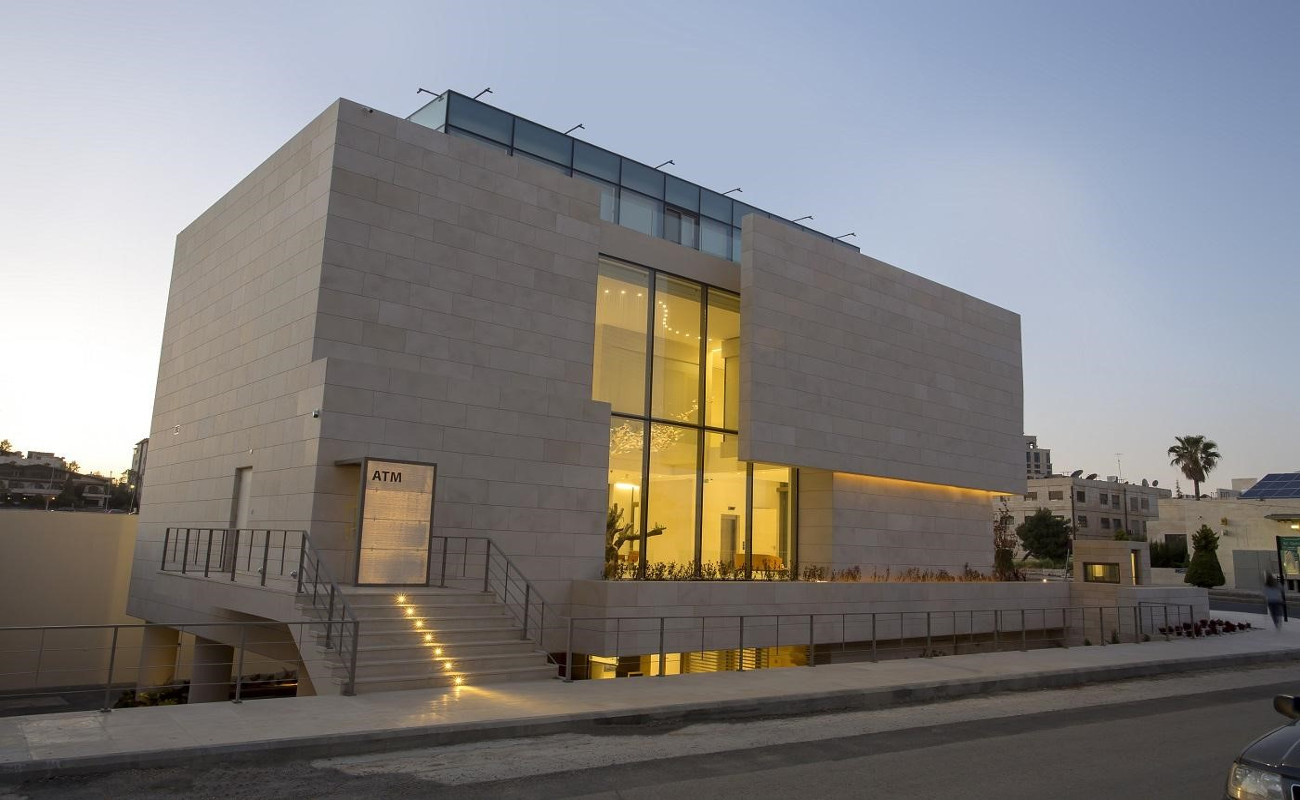 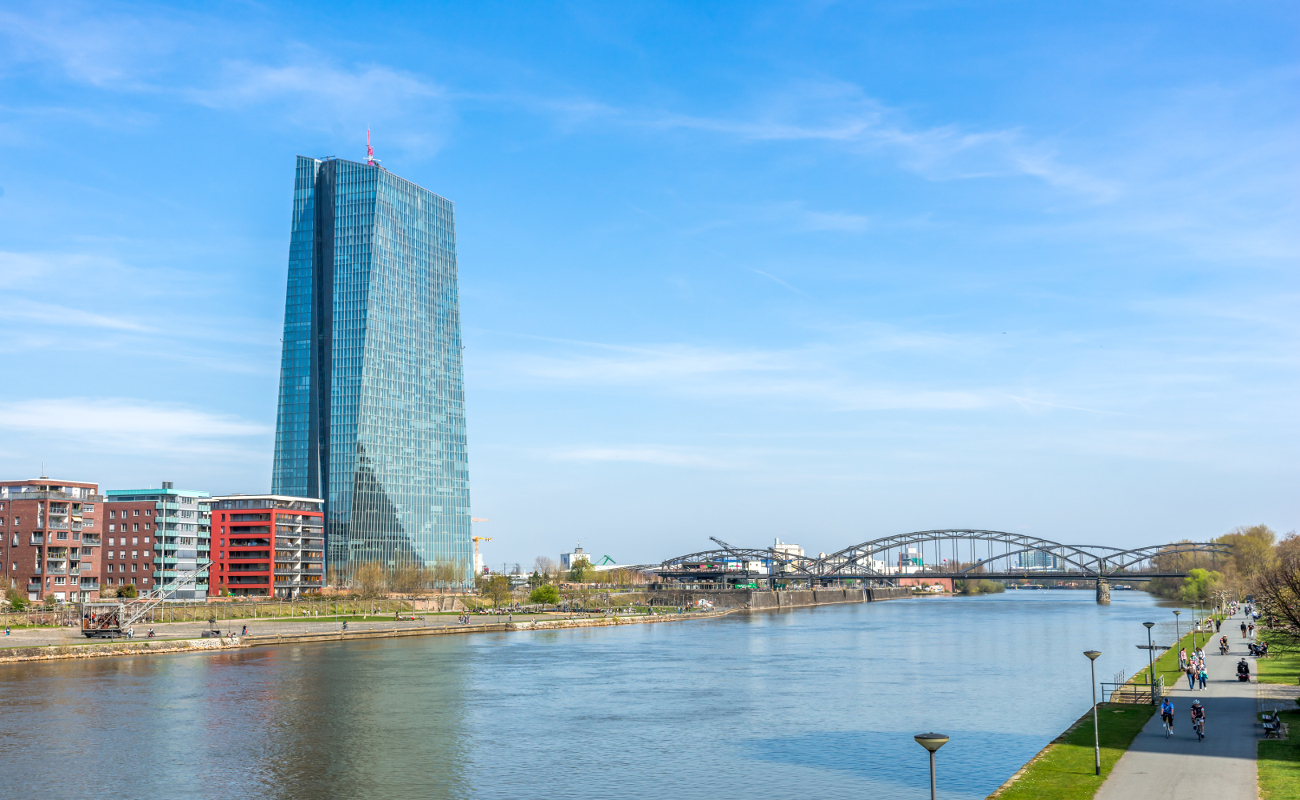 Architecture of Money - Modern Bank Buildings and their Symbolism

Seriousness and stability on the one hand - transparency and trust on the other. Financial institutions should ideally radiate both. We show you modern banks whose architectural designs create the perfect balance between the various requirements.

The Capital Bank of Jordan in Amman chose a unique architectural language to convey values such as transparency and dialogue with clients: The architects designed a bank building with translucent concrete. Previously, the translucent concrete was only used in installations that were placed in front of the actual facade and backlit with LED lights. Saja Nashashibi, architect and Managing Director of Paradigm1, chose the building material for her design. The 30 millimetre thick Lichtbeton® panels are permanently installed over a steel structure. For the new building, LUCEM Lichtbeton® was used for the first time for cantilever walls in the 14 metre high staircase.

The material holds some surprises. From the outside, the Lichtbeton® looks like natural stone. When darkness falls and light sources enter the building, objects as well as people in the building become visible from the outside as shadows. The closer the person is to the concrete facade in the stairwell, the clearer the silhouette. During the day, sunlight shining through the concrete illuminates the rooms of the "Boutique Bank". This is made possible by millions of optical fibres embedded in the concrete, which guide the incident light through the material.

Here, too, architecture makes a statement: the Viennese architects Coop Himmelb(l)au2 designed a bank building that appears iconic as a symbol for the European Union and at the same time radiates an innovative character as a modern bank. The design combines the listed Grossmarkthalle with a 185 meter high skyscraper, which was completed in 2014.

In the design phase, the compact office tower was divided vertically with a hyperbolic cut, moved slightly apart, and then set up again twisted to one another. The resulting vertical gap fills all floors of an atrium with visible steel structure. It represents a vertical city with bridges, footbridges and various platforms.

The complex architecture makes the mighty building appear different depending on the point of view. It shows its massive character when viewed from the southeast, from the west it appears dynamic and slimmer. The bank building is naturally ventilated by the "Shield Hybrid Facade". The office towers have three facade layers in which room-high ventilation elements are integrated.

The "FortySeven", a high-quality bank building with an unusual facade, was built in Frankfurt's financial district in 2015. The architecture firm TEK TO NIK3 was commissioned to design an eight-storey building with around 4,000 square metres of usable floor space, the geometric facade of which conveys a stable (corporate) structure and consistency. At the same time, the surface is highly changeable. Each of the six upper floors has eight square, floor-deep windows. On the two lower floors, this grid is only interrupted by the entrance area.

The windows are framed by natural stone pilasters. The wall panels are each up to three meters long and were shaped using a 5-axis production technique according to the data of the 3D model. Joined together and mounted on the reinforced concrete skeleton, the light-coloured solid stone elements form a multi-dimensional, plastic façade that changes according to the viewer's point of view. The bank building radiates elegance and sublimity through this strictly formal structure. The natural stone façade is very durable and thus represents progress towards ecological building.

These three examples show very well that the architecture of bank buildings conveys values such as constancy and security, and that modern designs can mirror current social discourse. Like modern banks, embassies must be representative and strong of their nation. Learn about two exciting messages and their individual symbolic language in the article on Architecture and Public Diplomacy.

Previous post: 5 Top Tips for Construction Planning and Execution
Next post: Glass in architecture – a material for sustainable building?