In the 1980s, Hollywood imagined flying cars that ran on nothing more than household trash in the trilogy "Back to the Future". That was what it envisioned for 2015e, but in reality we don't lift off with our motorized vehicles and we certainly don't have the win-win combination of energy production and garbage disposal. Nevertheless, road traffic seems to be getting cleaner: Electric cars are here. But the technology is not yet fully developed. Long charging times are especially problematic. A new architectural concept from Ennead Lab might at least solve the looming spatial problem associated with charging. 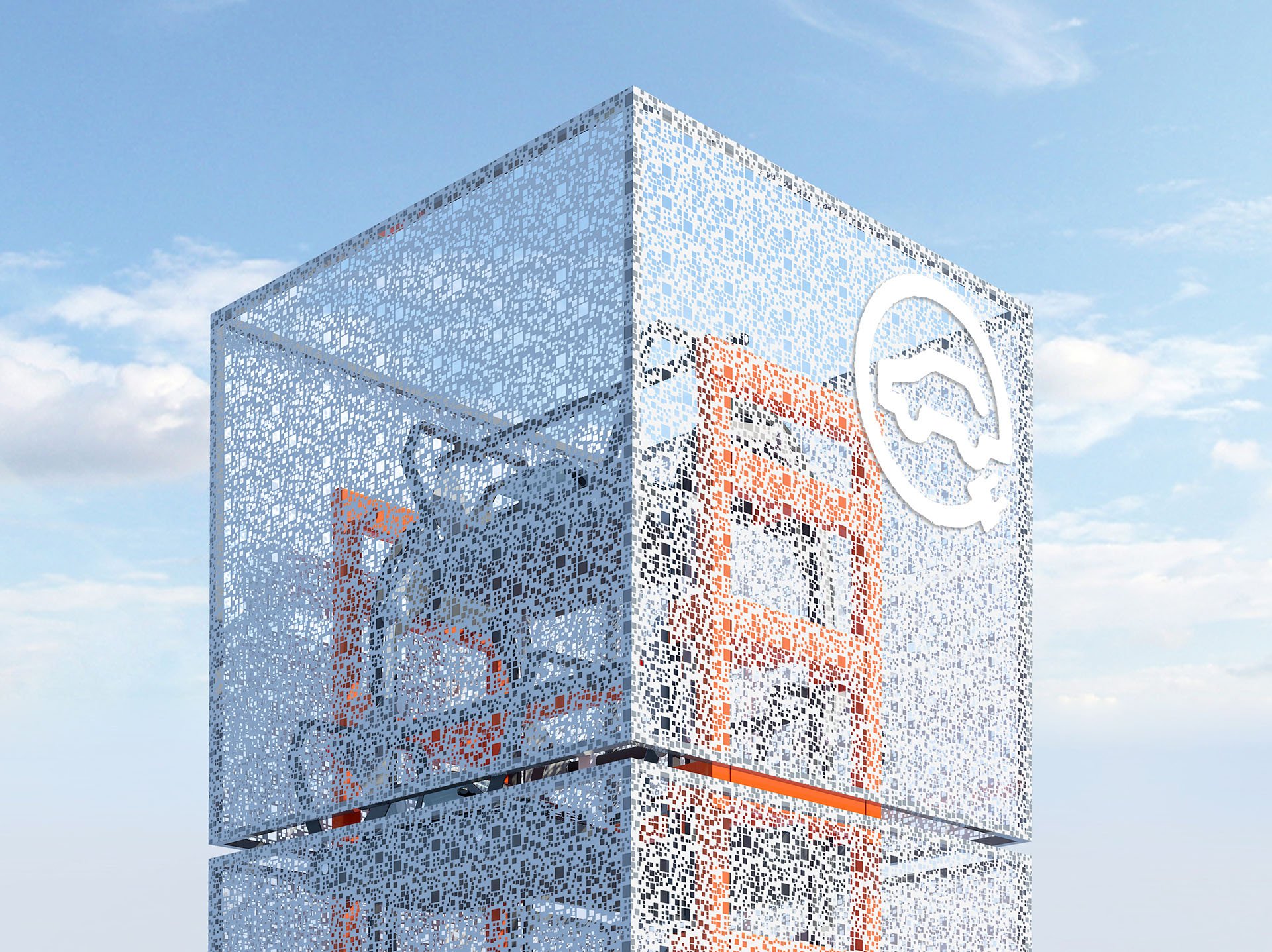 To tackle the climate change, we are going to have to eliminate fossil fuels on a large scale very soon. One way is the electric car. In addition to the basic question of where all the clean energy for millions of electrically powered vehicles should come from, there is also the purely technical problem of how to replace normal automobiles as we currently use them. The key is their low range. This could be addressed by "refueling" more often except that it presents a much bigger problem. Charging electric cars simply takes far too long.

Off to the tower!

And now here comes another difficulty. Cars that have to charge for a long time are taking up space at the charging points, or at home, and blocking charging space for other cars. The more electric cars, the greater the space problem. Ennead Lab, the research affiliate of Ennead Architects, has developed a concept that solves this problem. It has envisaged an electric car charging tower which has the combined functions of charging station and parking garage.

In doing so, it addresses the two usual forms of charging thus far: quick charging, in which a car is charged within 25 minutes and can travel for about 160 kilometers, and standard charging which leads to the same result in five hours. For the first variant, cars park in front of the charging tower under a canopy, pretty similar to those found in common gas station architecture. Long-charging cars, on the other hand, are stacked in the tower using the kind of elevators already known in parking garages. 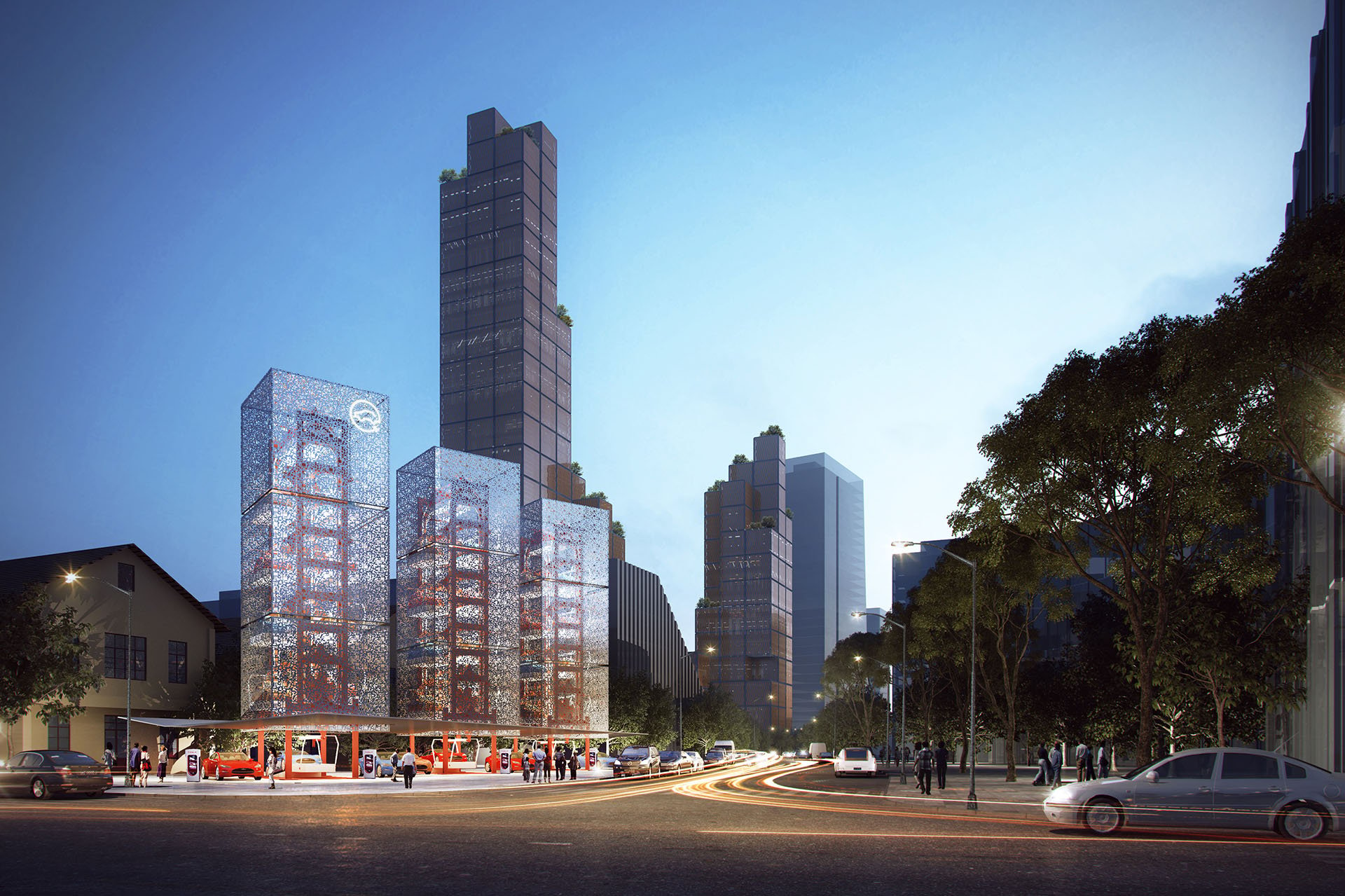 It remains to be seen whether this idea can be achieved. It is also not the only idea for dealing with the challenges of electric mobility. Foster + Partners, for example, already presented a joint concept with Nissan in 2016 in which electric car were charged using wireless charging stations integrated into the street. The cars also acted as energy storage cells which fed the energy back into the power grid if needed, for example, into home grid. A combination of electric cars and a smart street would probably be a more sophisticated solution. But charging towers could at least act as a bridge until our streets are 'smart' enough.