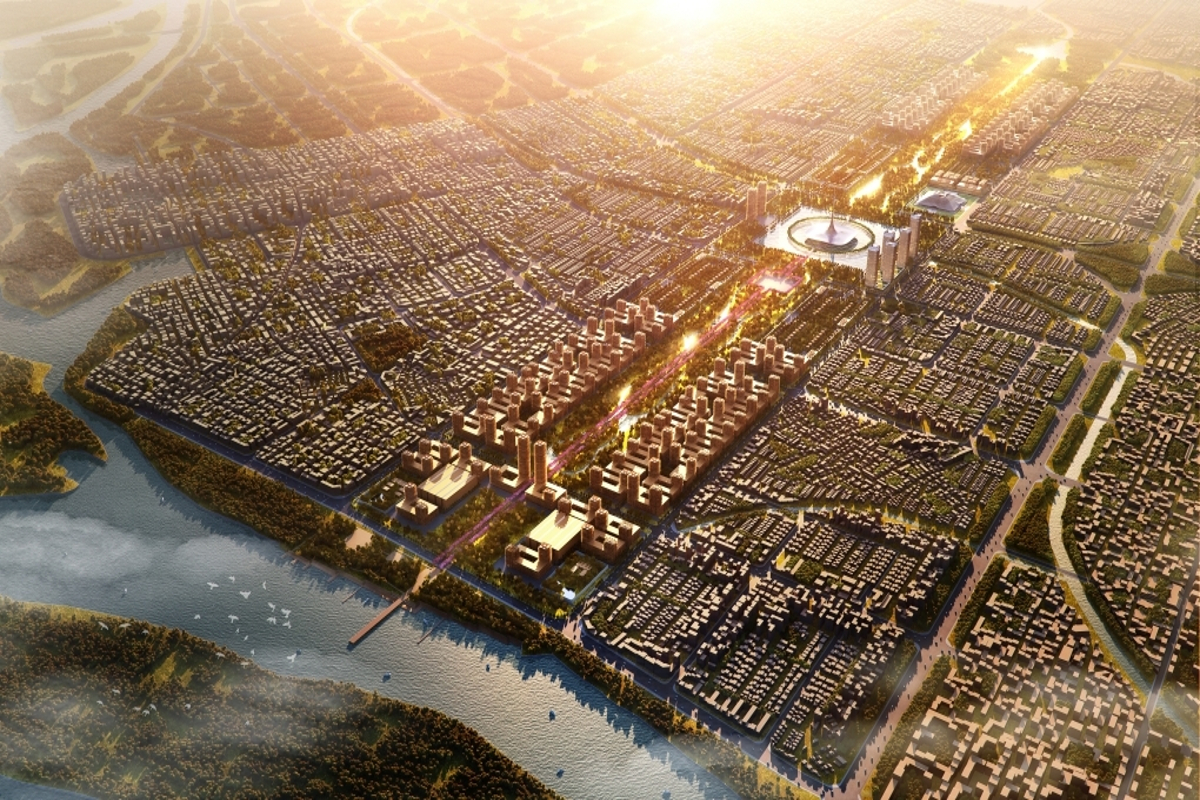 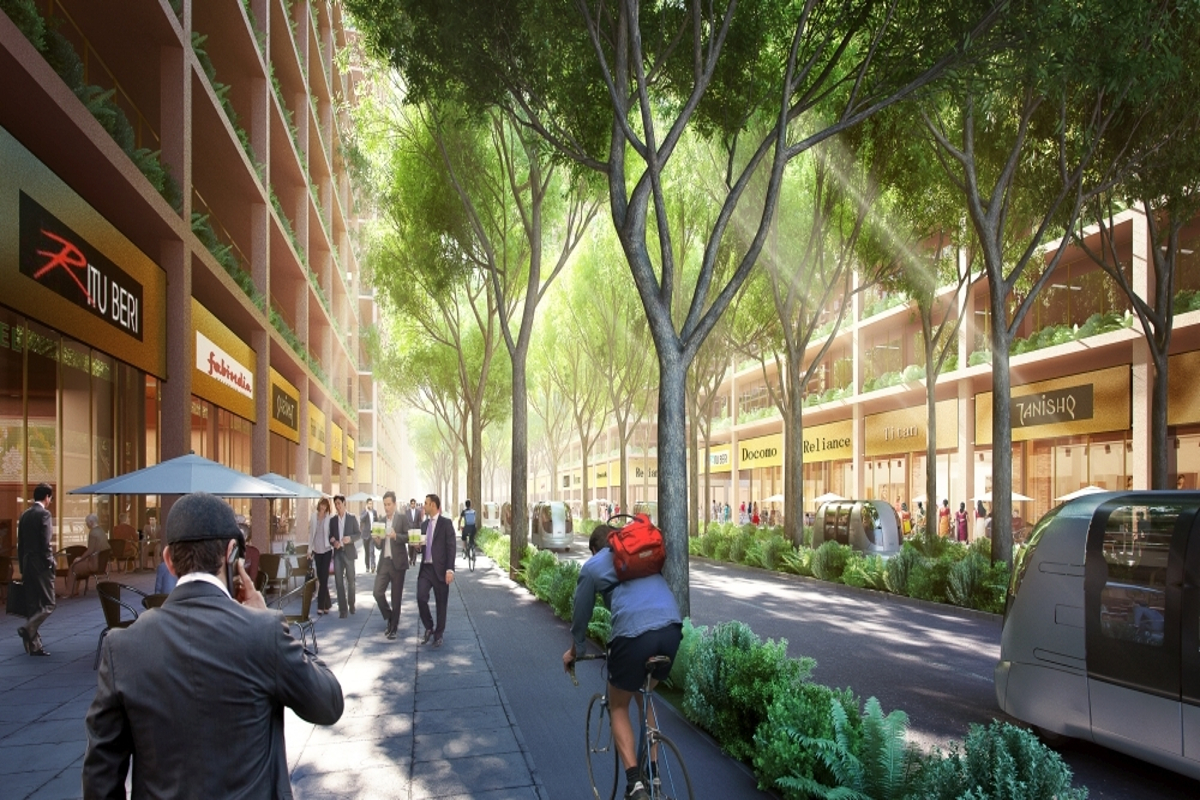 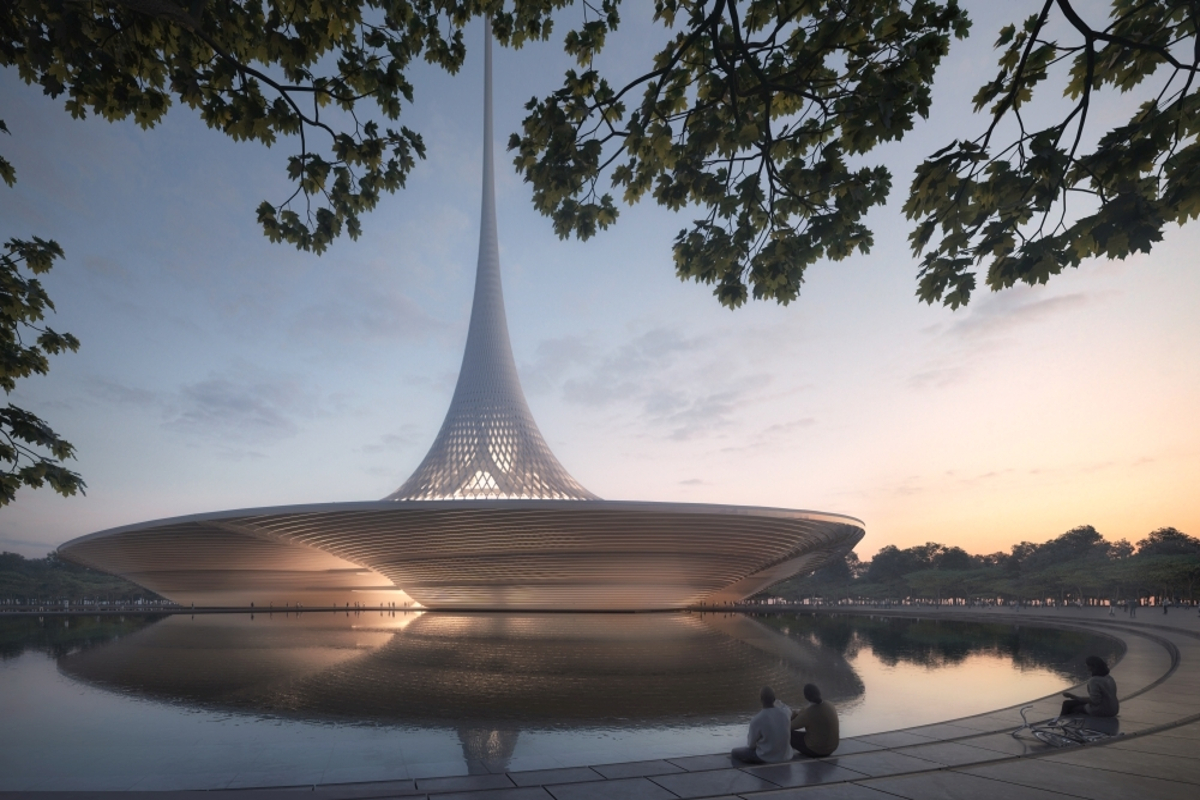 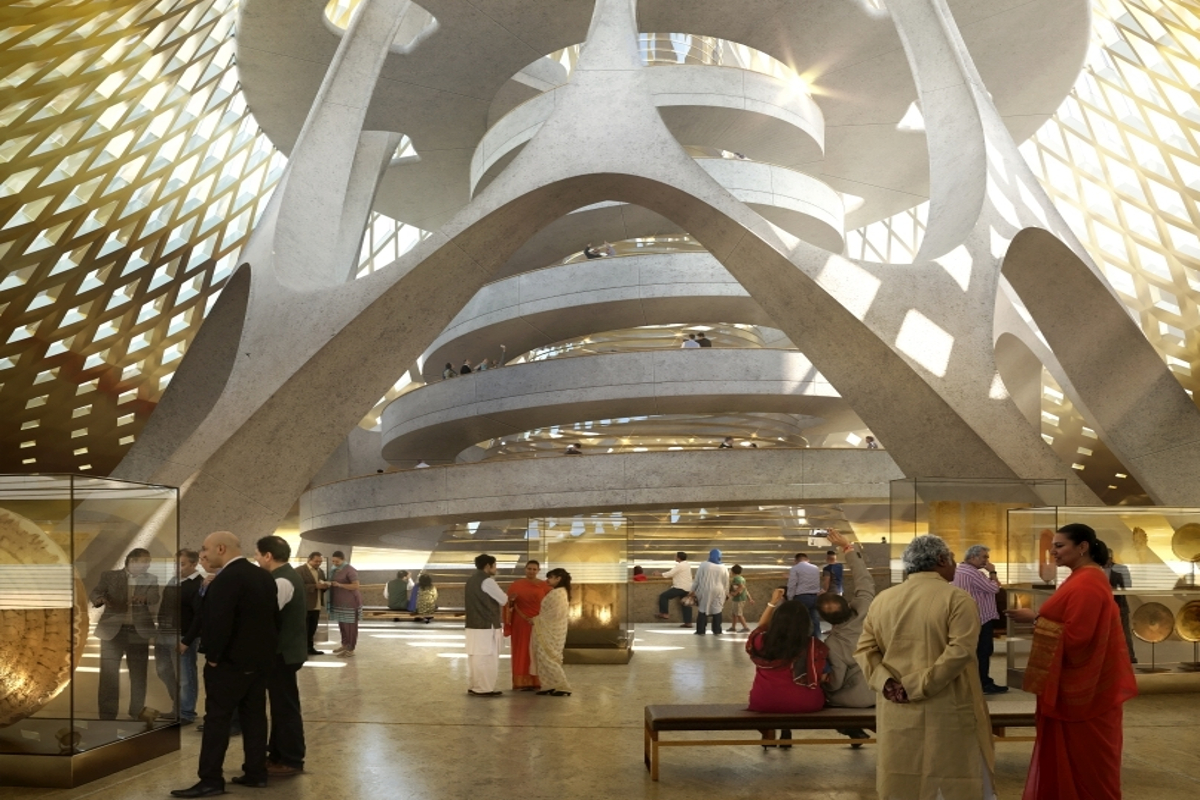 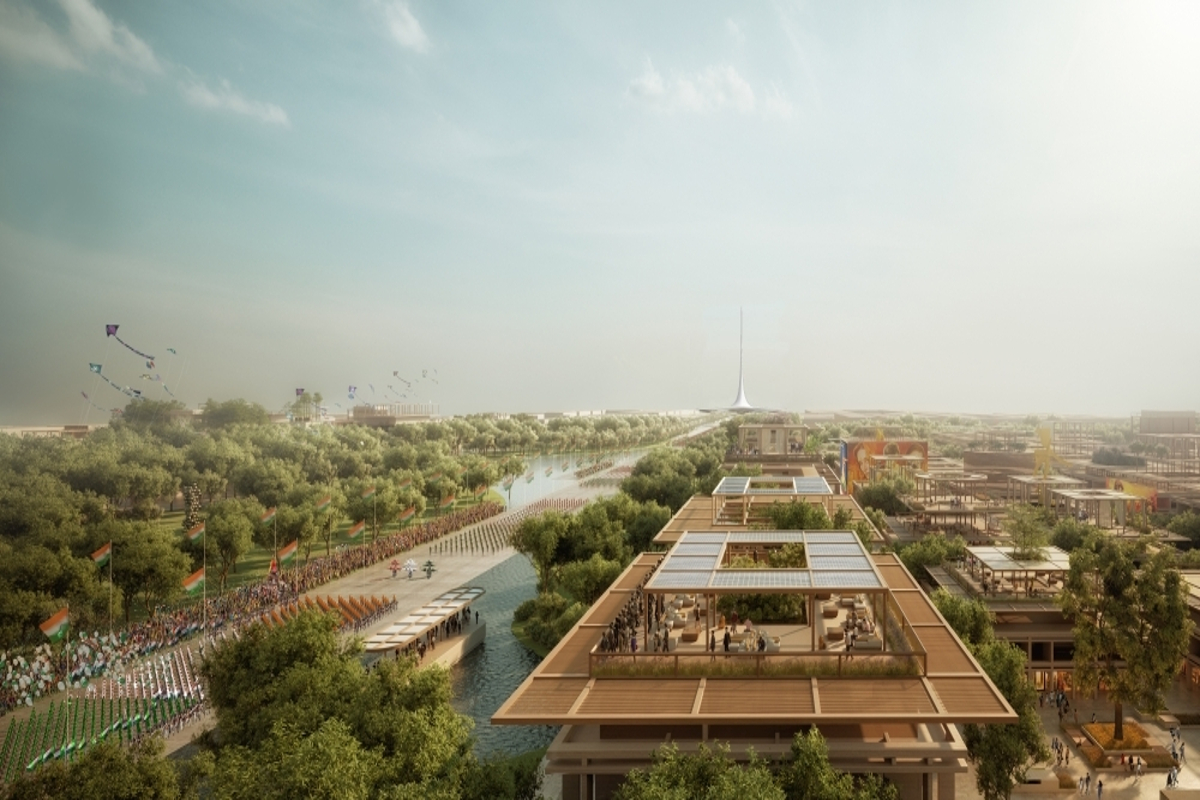 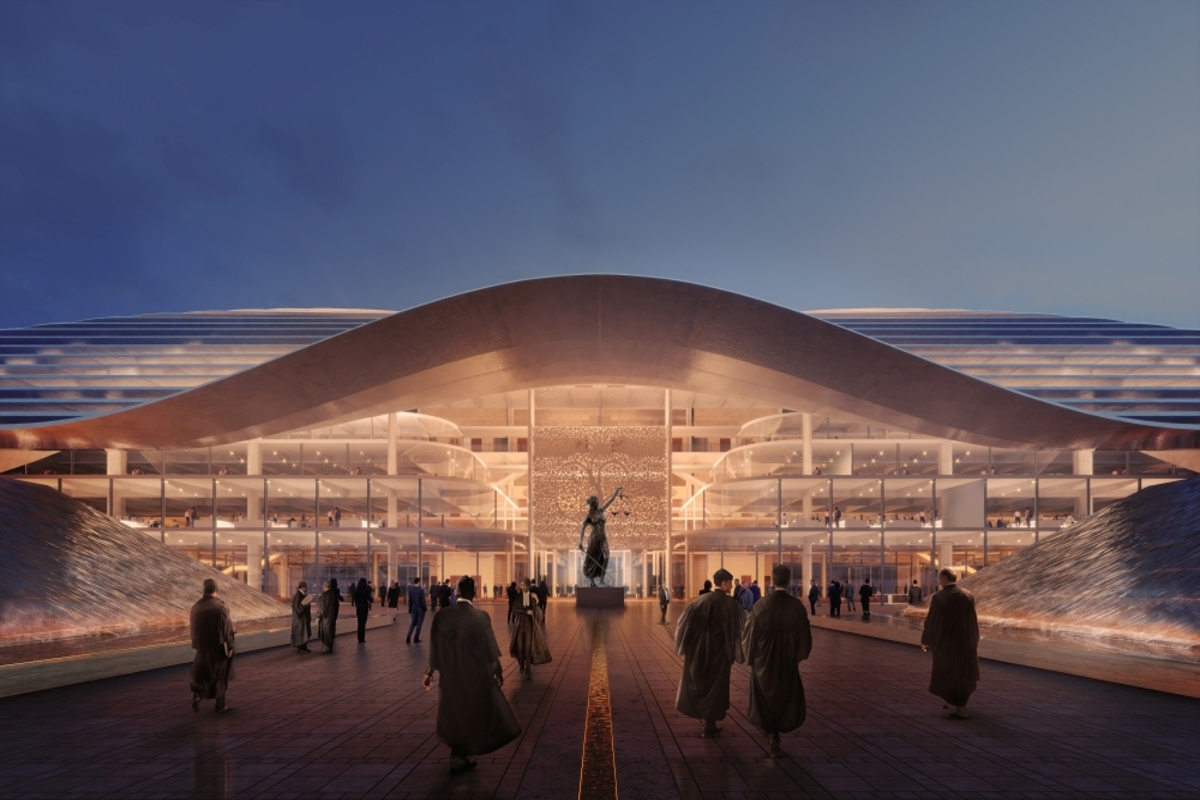 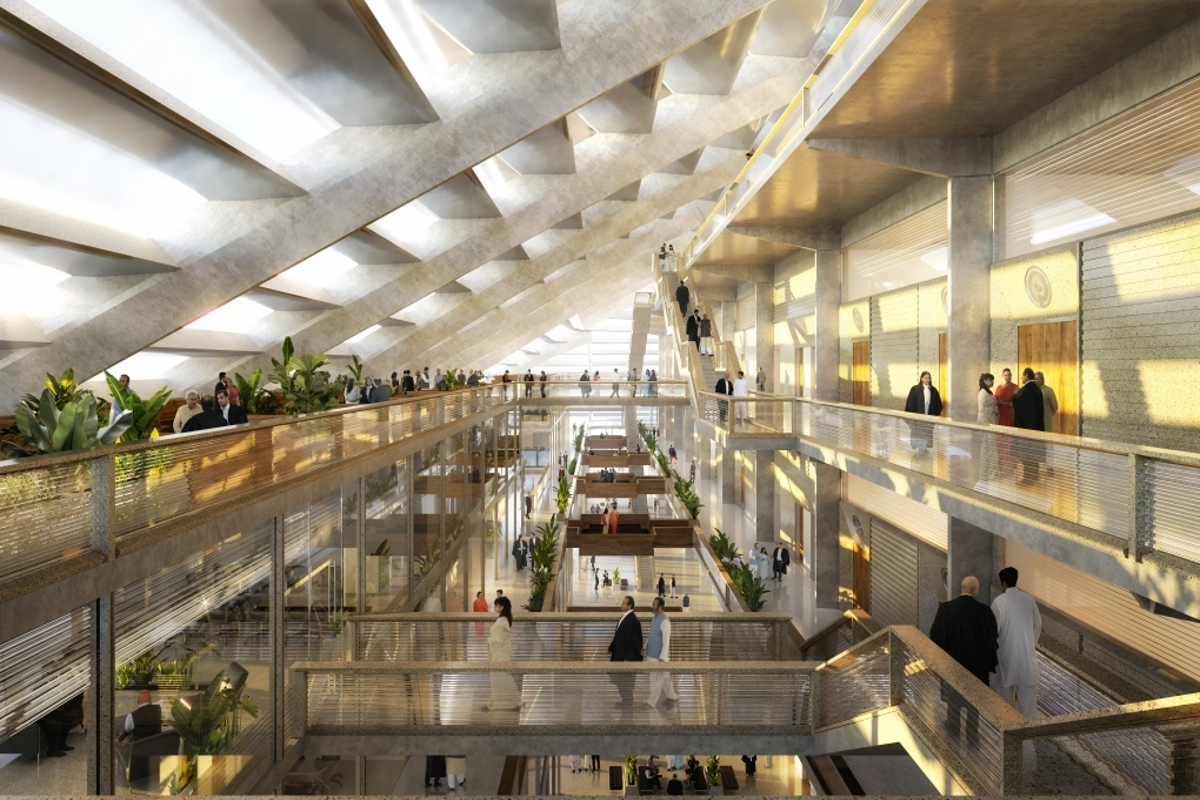 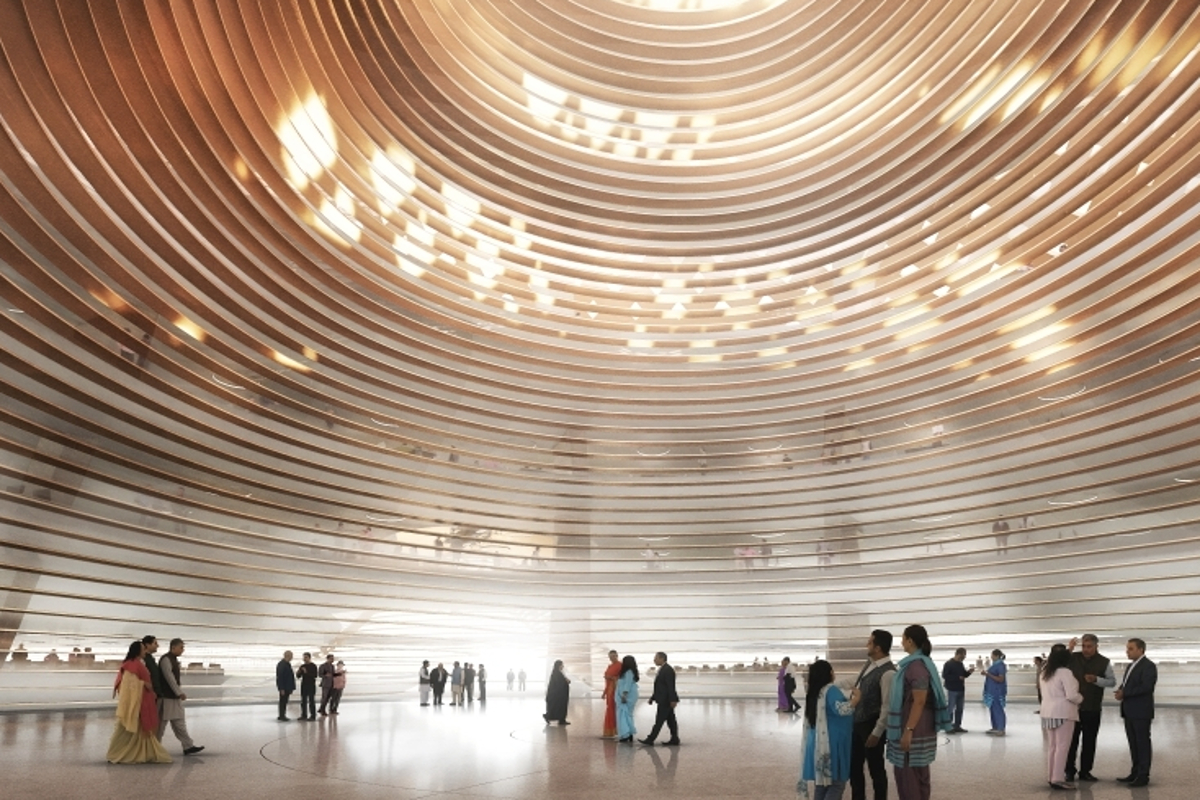 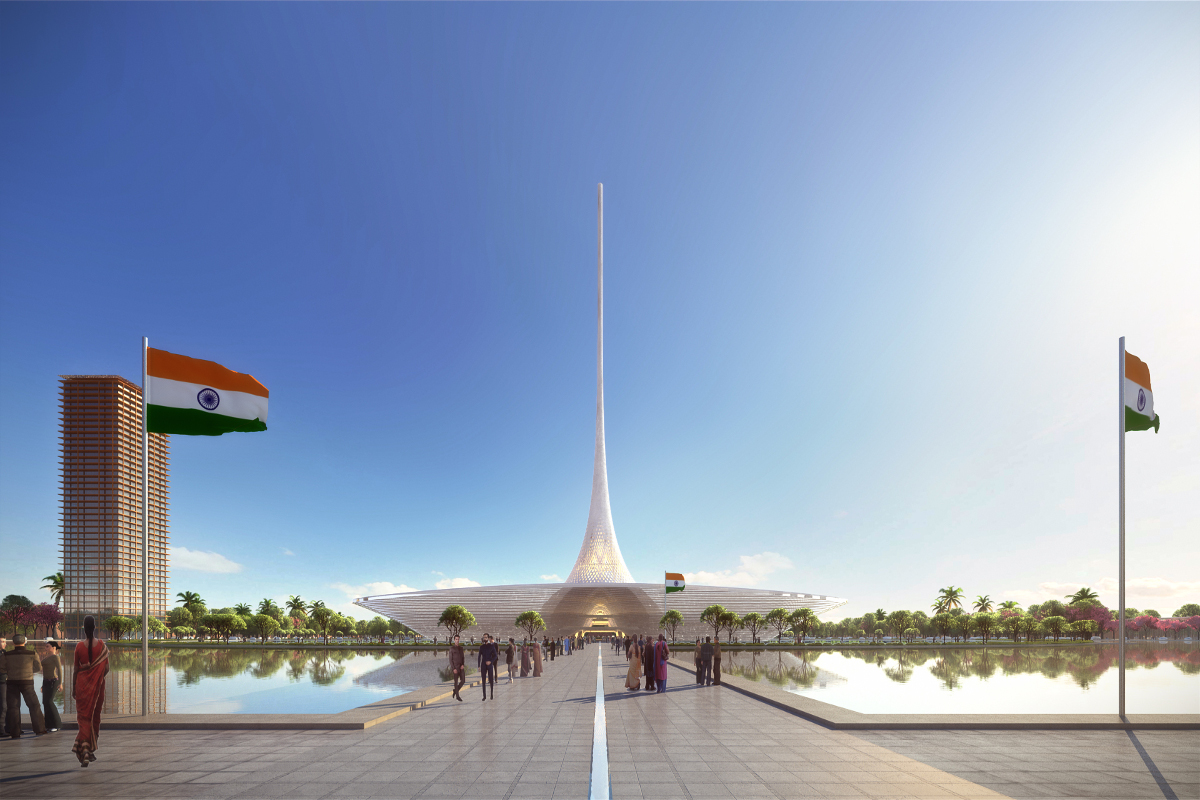 Since Andhra Pradesh was divided in 2014, the South Indian state needs a new capital, because the old one, Hyderabad, went to the newly formed Telangana. But if you have to start over, why not do it right away? Apparently following a similar idea, the government decided to build a completely new capital for the now shrunken state. Since the laying of the foundation stone by Prime Minister Narendra Modi, not much has happened in Amaravati - the name of the city. However, a master plan from Foster + Partners is to ensure that the future capital not only thrives, but also becomes a sustainable good city.

According to the authorities, Andhra Pradesh's new capital state should have a population of 3.5 million within five years. However, around three years after the foundation stone was laid in October 2015, it is difficult to believe this forecast. In mid-2018 Amaravati was still little more than a village, characterised by some semi-finished citizen projects, agricultural land and hardly any infrastructure. Many doubt that a true oasis of sustainability is likely to emerge here. But that's exactly what Foster + Partners' plans for the city in the process of becoming are for.

Actually, the renowned British architectural office was initially only supposed to design the new legislative assembly. At the beginning of 2017, however, it was announced that Foster + Partners would plan the entire government complex and thus the core of the city. Their master plan envisages a kind of green backbone for the city, consisting of at least 60 percent water and green spaces and forming the basis of the city's environmental concept. The water is diverted in artistic loops from Amaravati's lifeline, the river Krishna. Lutyens New Delhi and New York's Central Park served as models for the five-and-a-half kilometre long and one kilometre wide square.

Viewed from the river, the government district begins with a mixed-use neighborhood formed around 13 public squares representing the 13 districts of Andhra Pradesh. The buildings here, as well as the rest of the master plan, will produce most of their own energy through photovoltaics. Two buildings stand out in the complex. The first of these is the aforementioned semi-public legislative assembly. Characterized by a 250-meter-high, needle-like point, it forms the heart of the government city, visible from afar. A second iconic building is the Supreme Court, which, based on ancient stupas, attracts attention as a modern pyramid.

Transport, too, is designed for sustainability. In the government complex, people travel by means of electrically operated local transport - buses, metros and water taxis - as well as by bicycle on specially designated routes. The electricity for the electric vehicles comes from an almost eight square kilometre solar park outside the city. Well shaded streets and squares should also encourage people to walk.

In one sentence: Amaravati is to become one of the most sustainable cities in the world. The future will show just how realistic the billion-dollar project is. Quite a few Indians take a critical view of the project with regard to possible corruption. Others are more optimistic and hope for an Indian model city. Recent videos show in any case: Amaravati is being built.

Previous post: Modern brick architecture: The brick in a new guise
Next post: Crime Story in Dubai: The Dubai Frame