Air pollution is a serious problem that claims more than one million lives worldwide annually. Most of these deaths are due to smog in major cities. However, especially in industrial countries where people spend about 90 percent of their time in buildings, we should pay particular attention to the indoor air. Nitrogen oxides as well as formaldehyde and other volatile organic compounds (VOCs) contained in furniture, paints, plastics, resins, plasticizers and many other materials pose significant health risks. It is difficult to truly keep the air clean with so many sources of pollutants. Fortunately there are also some building materials that take over this task for us. 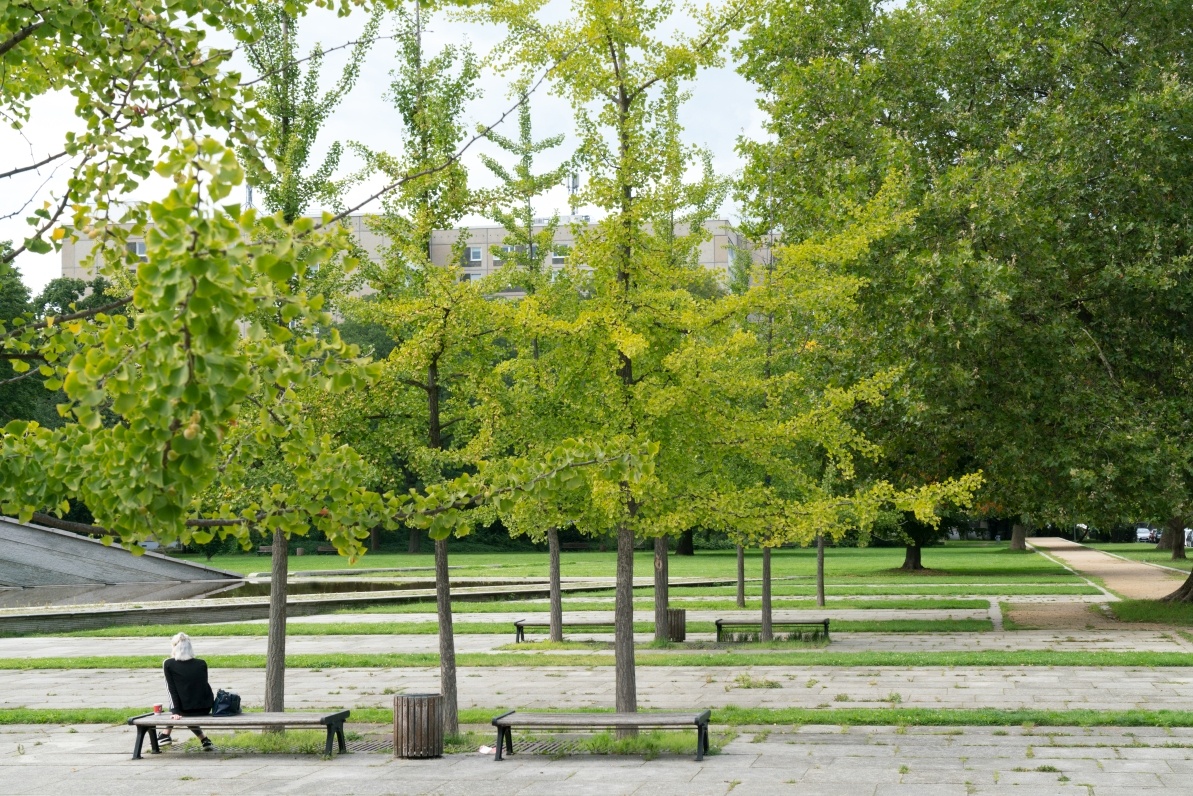 On the trail of sheep: Fermacell gypsum fiberboards

The company, Fermacell, headquartered in Duisburg, manufactures special gypsum fiberboards that are modelled after sheep because hardly any other animal lives continuously in such good air as this cloven-hoofed animal. Large numbers of them are to be found at North Sea dikes near climatic health resorts, but, more importantly, their coat is an excellent filter for pollutants. The main component of the coat, keratin (about 97 percent), permanently binds pollutants like formaldehyde and other VOCs. Gypsum fiberboards are made by coating them with a material based on keratin at the plant which gives them "the power of sheep's wool", so to speak, to generate clean air.

Lime plasters have air-filtering properties similar to the gypsum fiberboards with a keratin coating. These also bind VOCs and even nitrogen oxides, which are produced by open ovens or when cooking. But this environmental building material can do even more. Lime has a high alkalinity (pH value > 12), which makes it a disinfectant and also resistant to mold. It even regulates air humidity. The Greeks and Romans already knew about and used these properties.

The following building materials are far less versatile because they "only" neutralize nitrogen oxides. However, nitrogen oxides are one of the largest health risks because they occur in huge quantities from burning fossil fuels in vehicles and power plants. In order to overcome this problem, people have been using photocatalysts for some years now, which use UV light to convert harmful nitrogen oxide and nitrogen dioxide into a water-soluble nitrate that can be absorbed by plants through rainwater. The catalyst itself does not change so that it remains effective over the entire service life of the material.

"AirClean®" is one such solution that has been in use for about ten years. It is a paving stone that has a photocatalytic effect due to the addition of titanium oxide. AirClean® is now also available as a rock granulate, which can be incorporated into fresh asphalt surface layers as loose grit. The newest titaniumoxide-based star is Photoment®, the 2016 GreenTec Awards winner. This fine-grained powder developed by STEAG Power Minerals, which can be mixed with concrete, for example, has the special advantage that it does not necessarily require sunlight for photocatalysis. Artificial light can also set the chemical process into motion.

In the fall of 2016, the European Court of Justice decreed that national requirements for building products to protect health may no longer be more stringent than European standards. Since then, the "Ü" (for 'compliance' in German), which is awarded by the Deutsche Institut für Bautechnik [Center of Competence for Construction], is no longer permitted. In its annual report "Focuses 2017", the Federal Environmental Agency warned against the danger of European standards that are too lax.

With this in mind, the significance of air-cleaning building material seems all the more important. As is that of plants, because nothing is as indispensable for good air quality and so unbeatable when producing clean air.

Previous post: Luxury loft with country air: When barns turn into dream homes
Next post: Difficulties are a thing of the past: Innovative lightweight concrete for futuristic roof constructions