Activity Based Working is gradually changing the office environment as we know it. But a more recent concept is likely already taking it one step further: Health Based Working.

No office of your own, no desk of your own, no work station of your own - even for the boss?! This depiction is not an indictment of the status quo, nor some crude attempt at reducing company spending. It is the current must-have trend in the spatial and technical organization of office work. Its name: “Activity Based Working”. 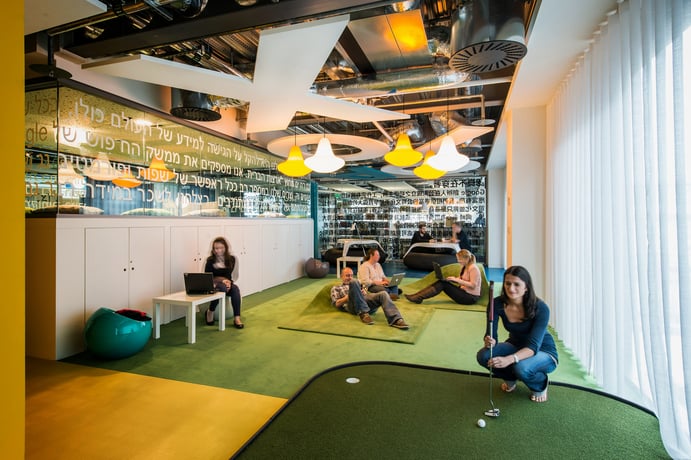 What is "Activity Based Working"?

The concept of Activity Based Working, or “ABW” for short, consists of providing the most appropriate environment for any specific immediate need or requirement. Here, the traditional fixed work stations are replaced by an open offer of different work place options. They include, for example, quiet private spaces for concentrated individual work, exciting lounges for creative communication or “telephone cells” for undisturbed and in particular non-distracting calls. The criterion is the mobility of every individual using a laptop, mobile phone and, of course, wireless LAN. 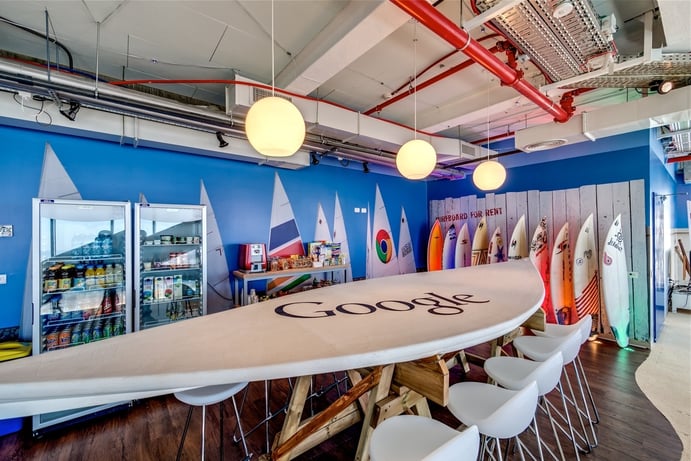 In a nutshell, ABW is about raising productivity via an activity-related optimization of the working conditions. The scale of the customization to employee requirements can vary greatly. Google for example goes to the extreme with its new offices: the mega-concern not only offers its employees a selection of work stations with various technical possibilities but nothing less than a theme park-style package of different “experiences”, which occasionally go beyond the actual work. 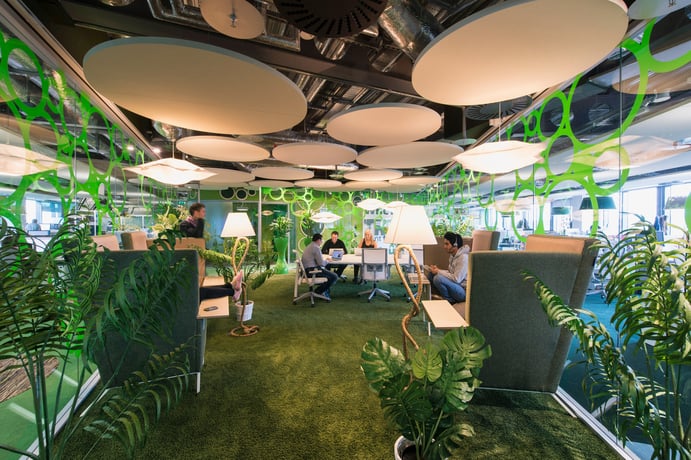 Because optimum working conditions for the individual not only mean spatial and physical things, ABW can also include time flexibility. In the new Microsoft Germany headquarters in Munich for example it is left to the individual when or if at all they want to come into the office, provided they complete their tasks. The old “work-life balance” is being replaced by a smooth transition between work and life  - a “work-life flow”.

The benefit of implementation of ABW seems great in the first instance. Employees are more productive and more satisfied with their productivity. This depends, however, on the fact that every person knows at any given moment which work environment is specifically the right one for them. The disappearance of permanent offices and work stations is accompanied by a range of positive developments. For a start, the required space is actually smaller. Plus, hierarchies are no longer represented spatially and physically. Management personnel – extending through to the CEO ideally – work under the same conditions as everyone else and are even encouraged to act as a good example for the practical application of the concept.

Vertical Gardens - Fresh air for the office: See how Microsoft Austria designed its headquarter in Vienna in a new way. 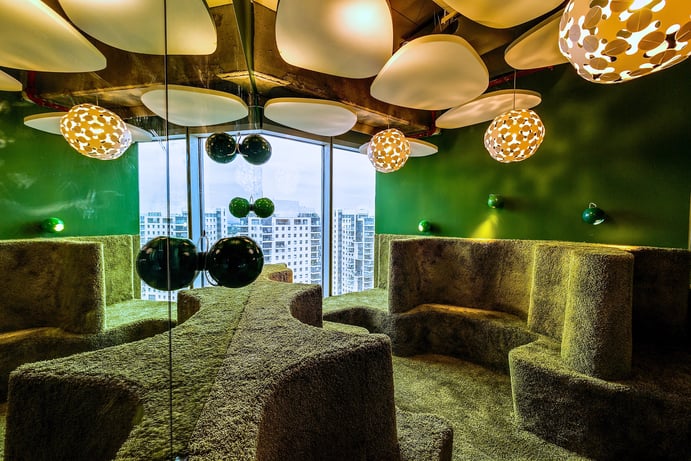 Control is restricted to the services rendered

Self-determination, at its peak with the disappearance in full of fixed working hours is, however, not for everyone. People, who feel they are not doing enough, with an exaggerated sense of duty could quickly fall into the trap of overworking which would in turn have negative impacts on health. Nevertheless, with maximum flexibility in time and space, every employee is at liberty to work simply eight hours in the office. Beyond such personal dispositions there are, however, some activities which are not suitable for ABW. Programmers for instance require their own personal, technical highly specialized work station. 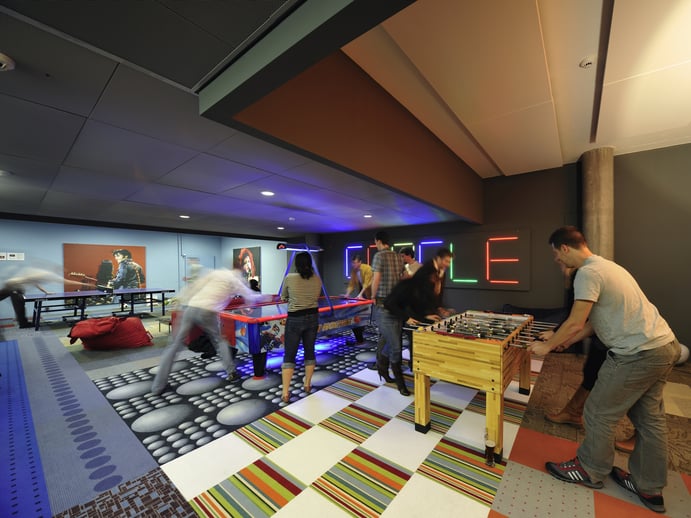 Additional benefits of ABW are that employees move more, share more with each other and ultimately also simply feel better. Besides, the welfare of the employees plays a key role in the quest for optimum working conditions. If, however, it concerns welfare in the sense of health a more recent concept goes a step further than ABW. It is called Health Based Working (HBW).

As yet, this is not a universal trend but the pilot project of an individual company that has in-depth knowledge of health: Australia’s biggest private health insurer, Medibank. At first glance the new headquarters of Medibank in Melbourne, Medibank Place, appear to have been designed in accordance with ABW guidelines. And this is correct, only here all the optimization measures pursue the primary goal of keeping employees in best physical and mental health. 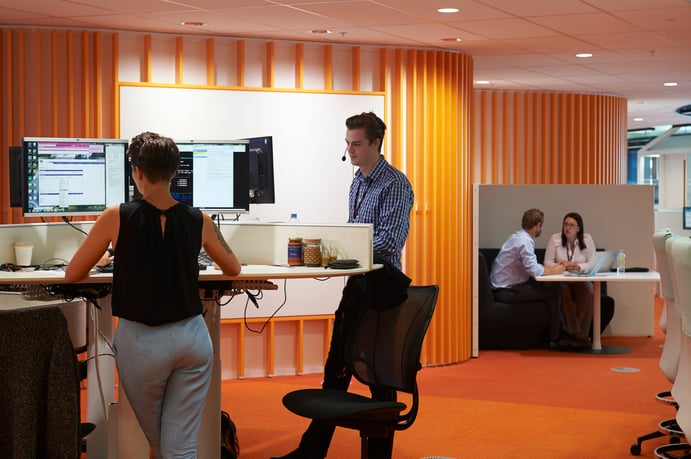 The list of health-promoting measures is a long one: employees can choose between a total of 26 different work stations. 2,300 plants inside plus 520 plant components and two 25-metre tall green walls on the exterior facade ensure a healthy climate. Inside the building circadian lighting imitates the changing daylight. On the ground floor a multi-sports ground provides opportunity for physical activity, whilst immediately adjacent there is a vegetable garden for healthy nutrition. An enormous bicycle platform spirals upwards from the main entrance up inside the building. The imposing stairwell, as the heart of the open plan layout, in comparison with the lift appears as the closer and more attractive route. 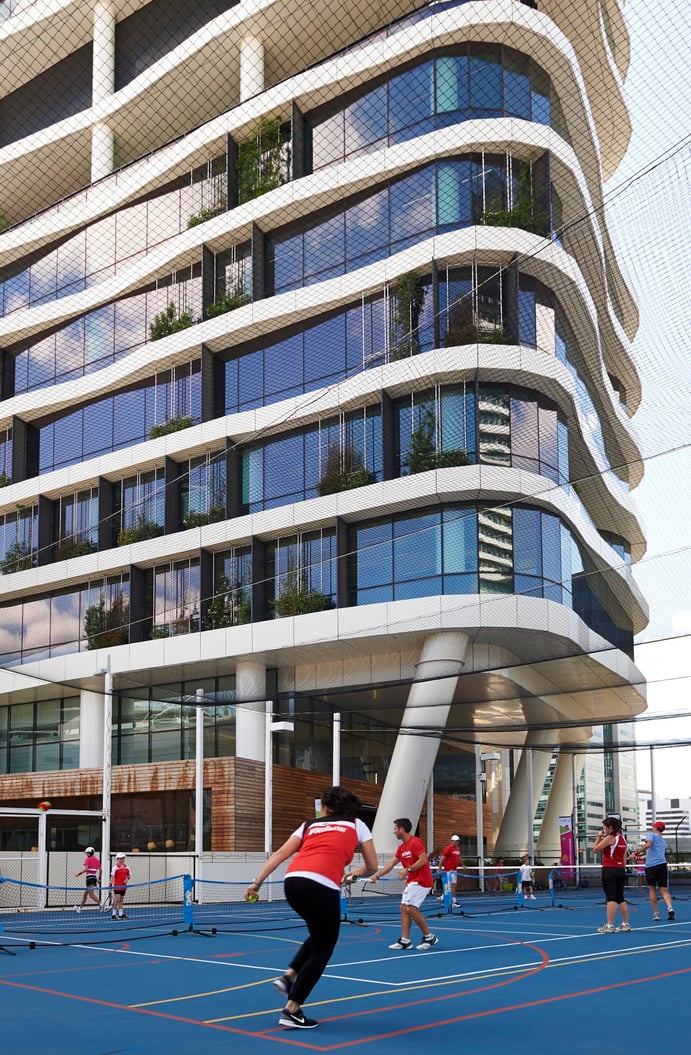 Medibank Place is still the sole representative of HBW. Imitators should not to be too long in coming however. It simply makes sense as a basic idea to apply the optimization lever to health. If one compares Medibank Place with Google’s wonder worlds internal fitness studios, bio-restaurants and veritable wellness facilities are proof that even the global corporation strongly believes in health. Nevertheless, the suspicion is that a brilliant innovation developed in burning enthusiasm would be offset by a higher number of days absent.

Which form of office or office building optimization will be implemented to what extent is determined ultimately plainly by the priorities and orientation of the company in question. But regardless of whether it is now ABW or HBW: the optimized office is part of the future for sure.