Not just humans, but other life forms are also among the home builders of this world. Like corals, for example. However, they are finding it increasingly difficult to maintain their dwellings and thus their habitat in the face of the effects of climate change. In 2018, for instance, the strongest typhoon ever recorded in Hong Kong destroyed around 80 percent of the corals in Hoi Ha Wan Bay. On its own, the largely destroyed reef could hardly recover. So, to give the sensitive marine life a new home on old soil, marine scientists and architects from the University of Hong Kong (HKU) helped out a bit – with 3D-printed mud bricks.

The fact that corals rely on aids like mud bricks is due to the nature of the seafloor. Since it consists mainly of sand, it does not provide sufficient support for the cnidarians and can bury them or chafe their thin tissues. The bricks, on the other hand, stand on small clay stilts and thus sit above the seafloor, which also gives the animals better access to sunlight, nutrients, and food. 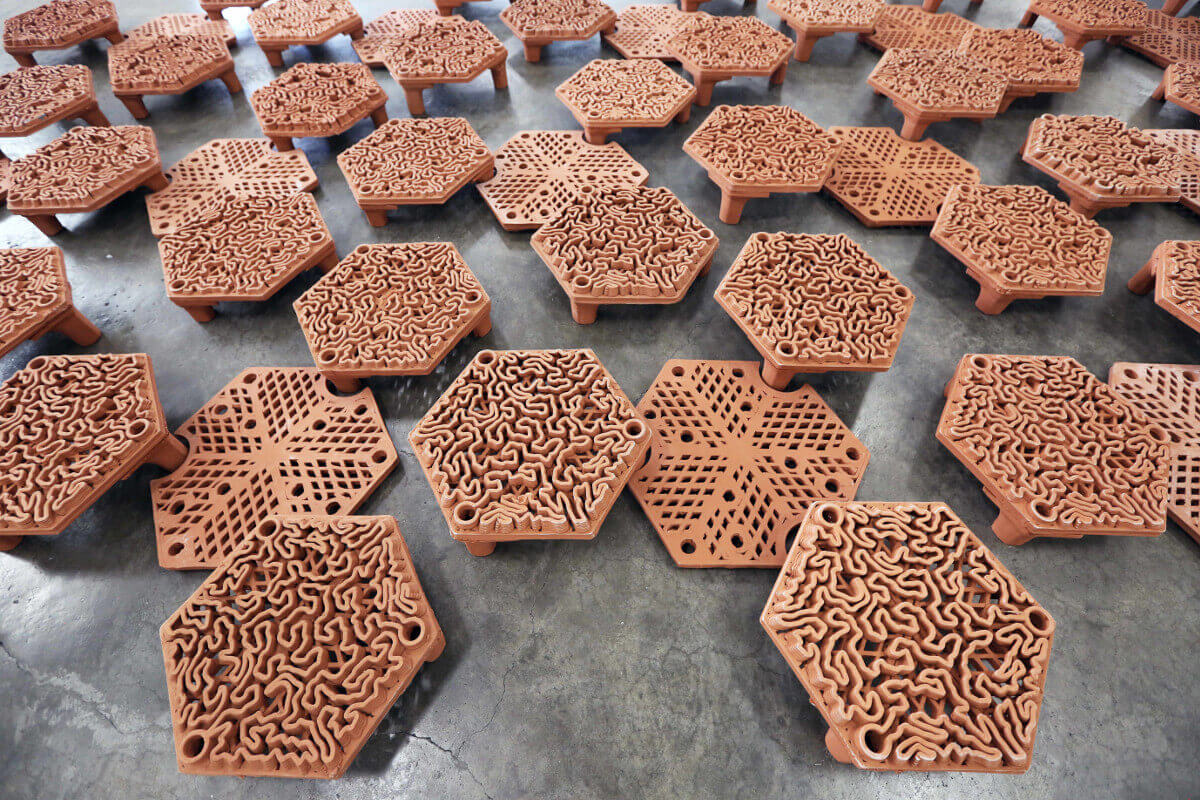 The sinuous surface of the tiles made in the project – called 3D-printed “reef tiles” – is reminiscent of a brain. In fact, it is modeled after coral shapes, colloquially known in English as brain corals. This geometry is designed to ensure that the bricks do not interfere with the corals’ natural growth patterns. At the moment, the artificial coral reef is only 40 square meters in size. However, if the project is a success, the “reef bricks” could benefit corals around the world.

The idea of artificial coral reefs is by no means new. Coral bleaching, which occurs when temperatures are too high, or from bioerosion and other causes – many of which are due to climate change – are threatening corals with extinction all over the world. Entire ships, for example, have therefore already been deliberately sunk in order to offer the animals a new home, so to speak. 3D-printed coral reefs have also been tried elsewhere. The largest of these comes from the Australian organization, Reef Design Lab, and is located in the Maldives. However, all of these solutions have one drawback: the use of concrete. 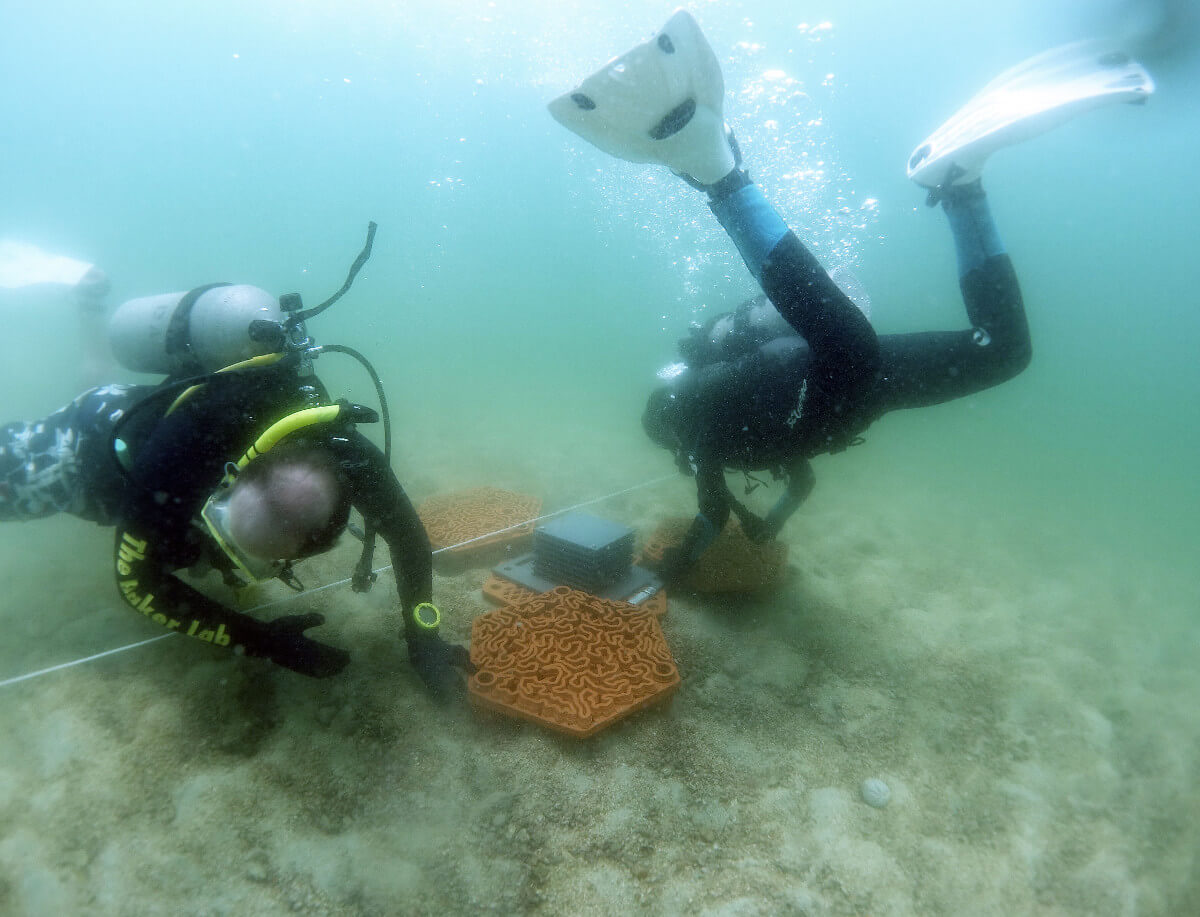 Concrete has a very high PH in seawater, which is harmful to marine life in many cases, and, on top of that, it is a notorious climate polluter due to its production-related CO2 emissions. Clay bricks, on the other hand, require energy to be fired, but otherwise prove to be much more environmentally and marine friendly. For example, they are not only harmless to the underwater world. The plan of the scientists from the Fabrication and Material Technologies Lab of the Faculty of Architecture and the Swire Institute of Marine Science (SWIMS) of the Faculty of Science at HKU also envisages that the artificial construction aids will decay over time, leaving only the coral reefs that have grown on them. 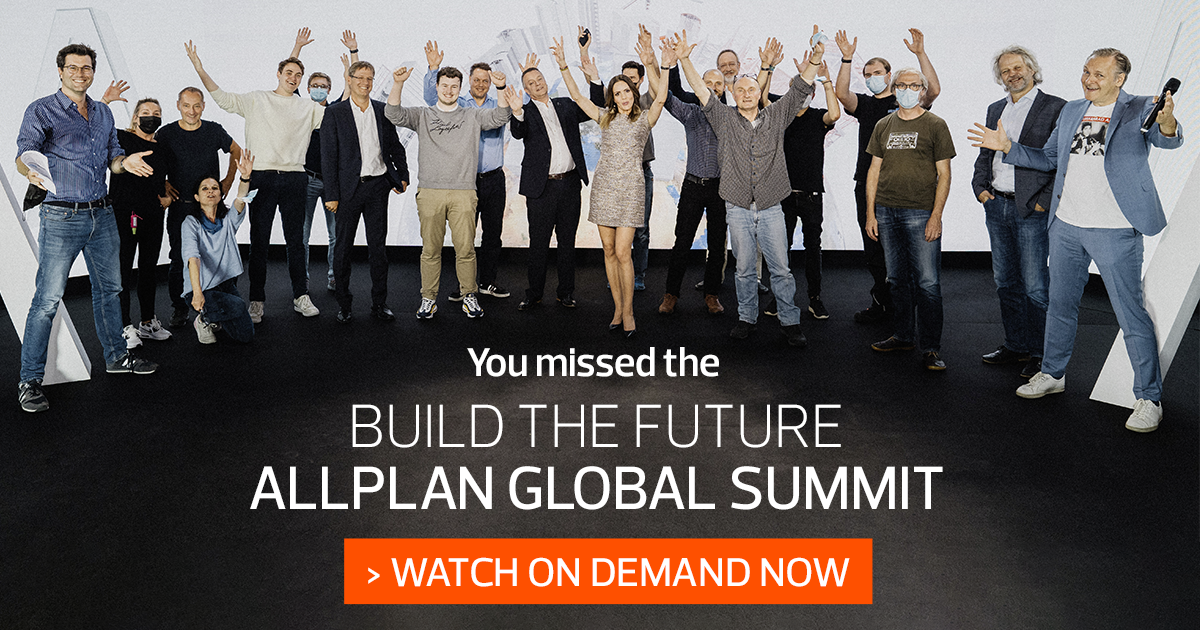 Engineers are usually asked to deliver complex projects with limited design budgets and tight timescales, so it is imperative that they find ways to... 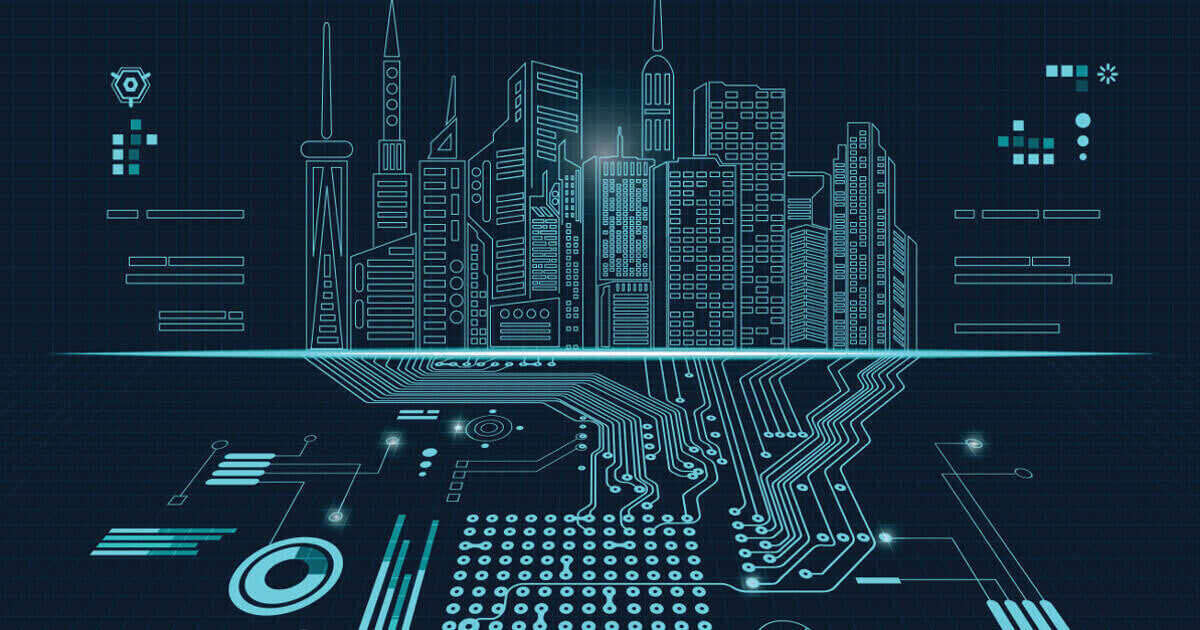 Will the Digital Twin Replace BIM?

Is a digital twin the next evolution of Building Information Modeling (BIM), or a separate tool used for facilities management? For many, it depends...

The Blankenburgverbinding A24 project – which consists of seven bridges and viaducts – is part of the Rotterdam Vooruit Master Plan to support...