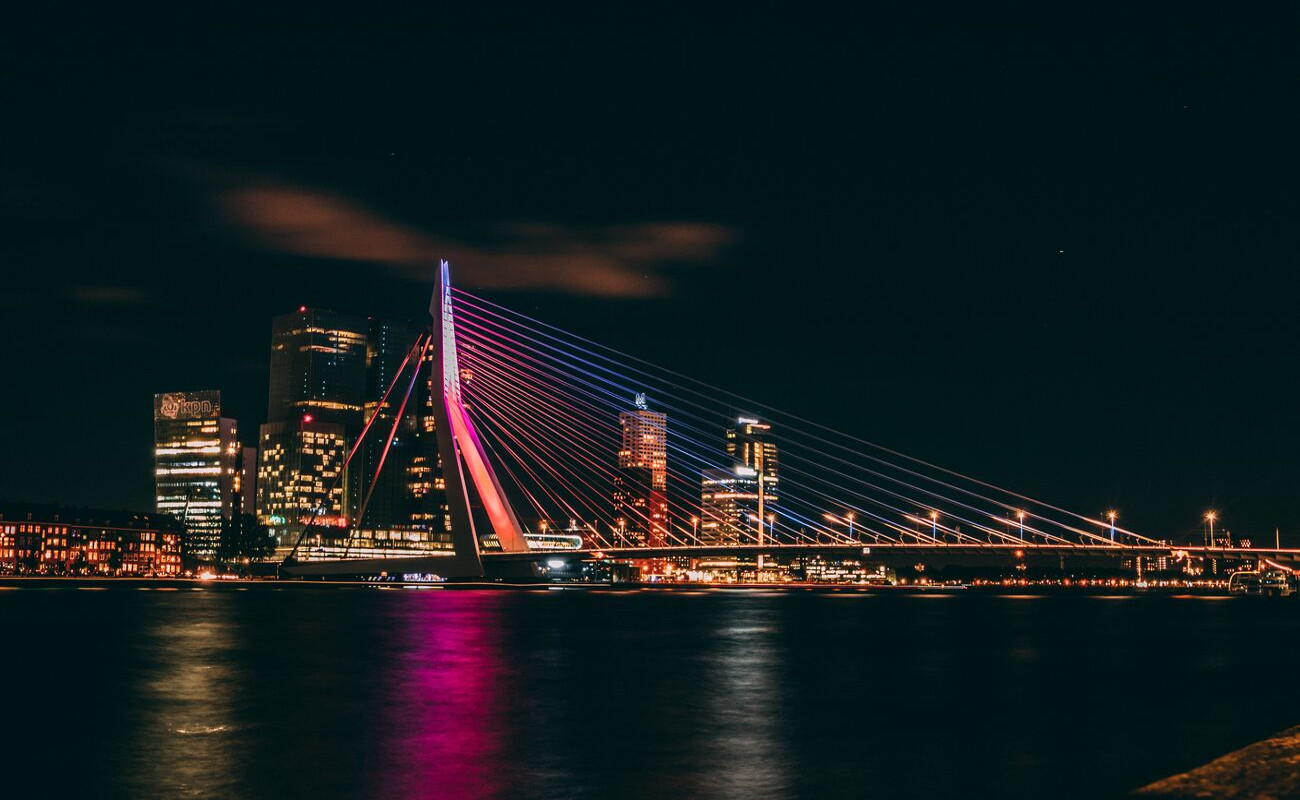 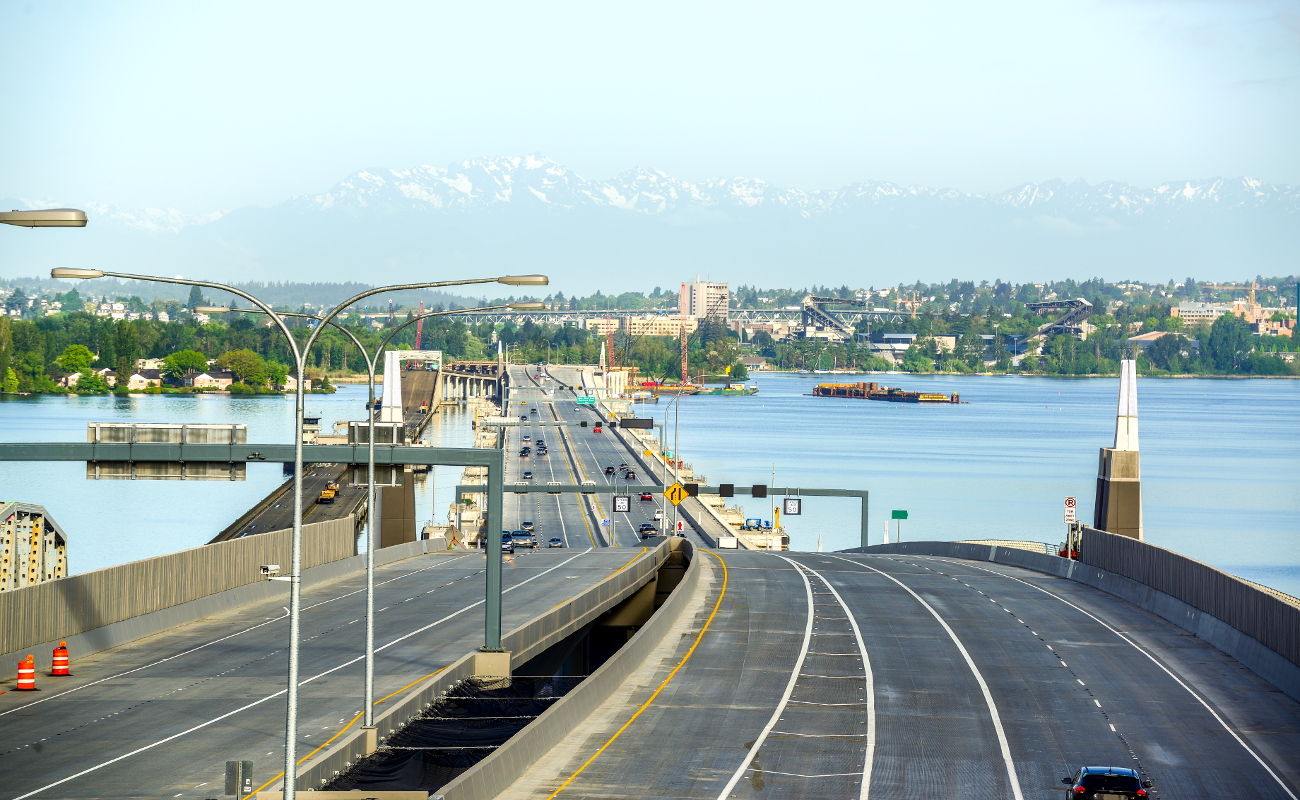 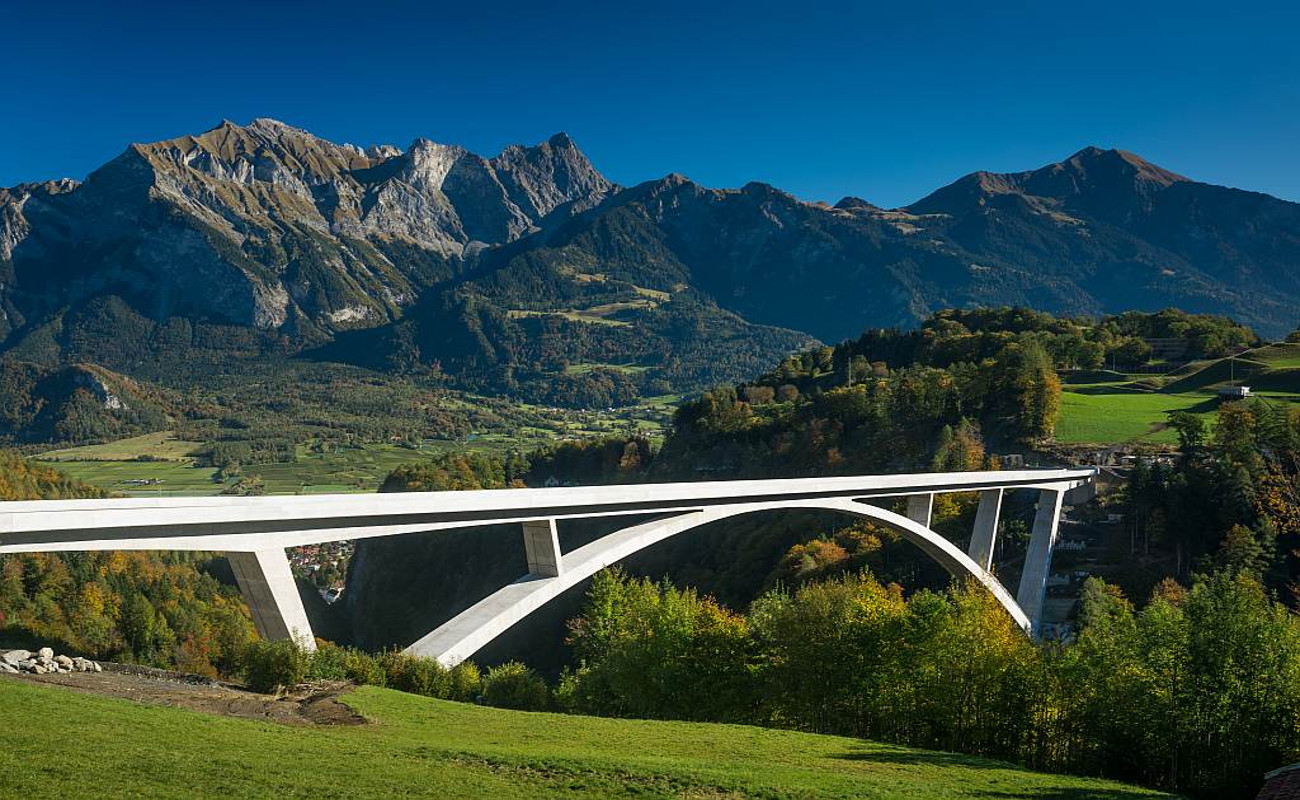 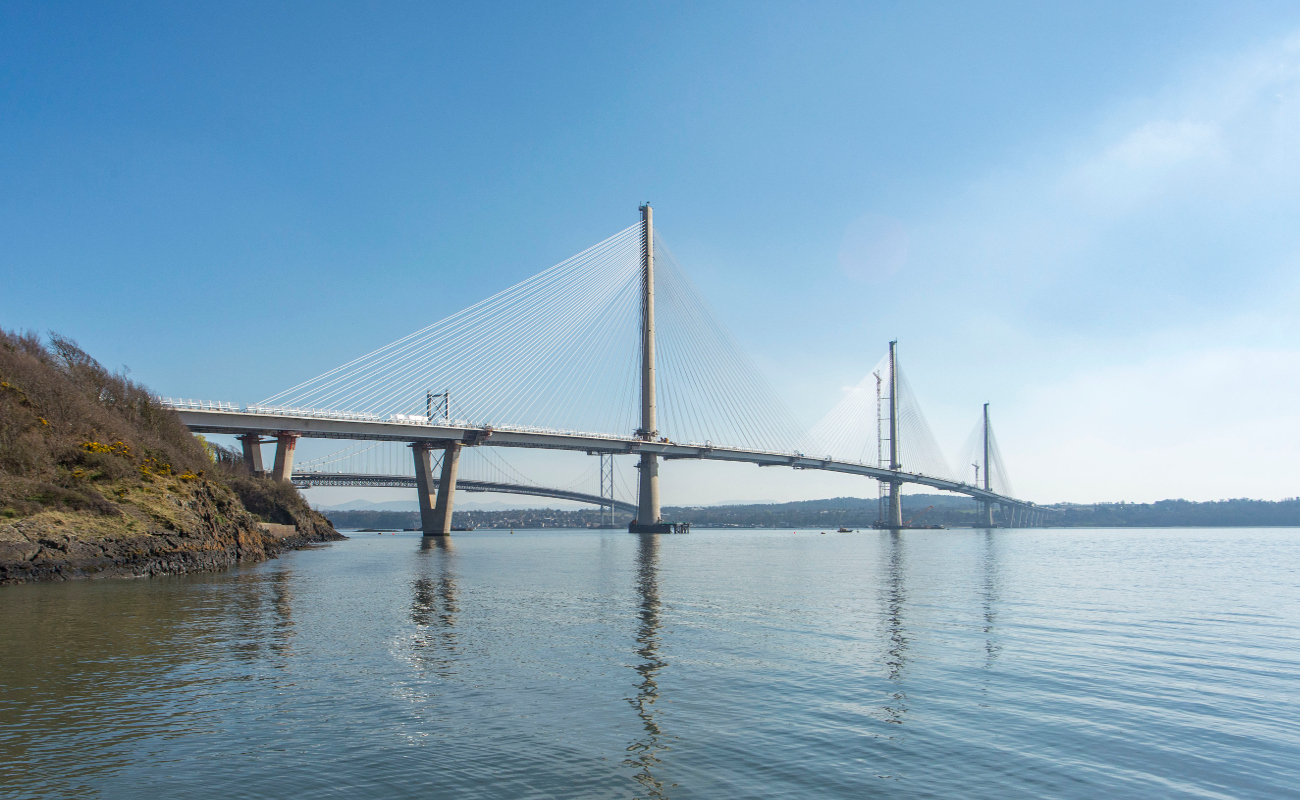 The Erasmus Bridge in Rotterdam bridges a body of water: the river Nieuwe Maas. The structure is an asymmetrical cable-stayed bridge with a length of 802 metres. The 139-meter high pylon has a white, diagonally angled shape reminiscent of a swan. A bascule bridge with a span of 89 metres is connected to the south. It is the largest and heaviest bridge of its kind in Western Europe.

Spanning the Mersey river, this cable-stayed bridge features three towers of different heights: the south tower is 125m, the central tower is 80m, and the north tower has a height of 110m. It spans a total length of 2.3km, with the river crossing measuring 1km.

The Millau Viaduct across the Tarn Valley is 2.46km long, supported by seven concrete piers. Each pier supports an 87m tall mast. The tallest pier is 244.96m high, giving a total bridge height of 343m to the lowest part of the valley.

This is the first ever cable-stayed bridge to have been widened. The deck was increased by installing two new external decks on each side of the existing bridge deck in just 14 months. Because of the environmentally sensitive location within the Vigo estuary, engineers had to devise a unique method of increasing the bridge capacity without further affecting the local environment.

This cable-stayed bridge connects the Pudong and Puxi districts of Shanghai. The spirals of the Nanpu Bridge were designed to reduce the footprint of the bridge, which spans 428m over the Huangpu River.

Completed in 2016, this floating bridge is 2.349km long, connecting Seattle to the town of Bellevue. It is located next to the SR 520 floating bridge, which was previously the world’s longest floating bridge. Floating bridges use pontoons or barges to span across a body of water where the soil can’t support traditional bridge piers. A rare type of bridge, there are only a few in the world, most of which are in the USA.

Towering 220m over the Tamina Gorge, the Tamina Bridge is the highest arch bridge in Europe. It was designed to withstand both high winds and earthquakes, as well as any potential tension cable failures. Interestingly, the arch is asymmetrical to fit the gorge sides as well as support the beam.

This bridge joins the cities of Mandeville and Metairie in Louisiana, USA. It travels 38.4km over Lake Pontchartrain and features a bascule located 13km from the north shore. Around 9,500 concrete pilings hold up this amazingly picturesque causeway.

This cable-stayed bridge – which crosses over the Pinheiros River in São Paulo – features not just an unusual X-shaped mast, but also two curved bridge decks which pass over each other. This is the only bridge in the world to feature this unique and striking design.

Spanning over the Firth of Forth, this 2.7km bridge is the longest three-tower, cable-stayed bridge in the world. The cables between each tower cross over, which strengthens and stiffens the structure. As a result, both the towers and bridge deck can be slenderer compared to traditional cable-stayed designs.